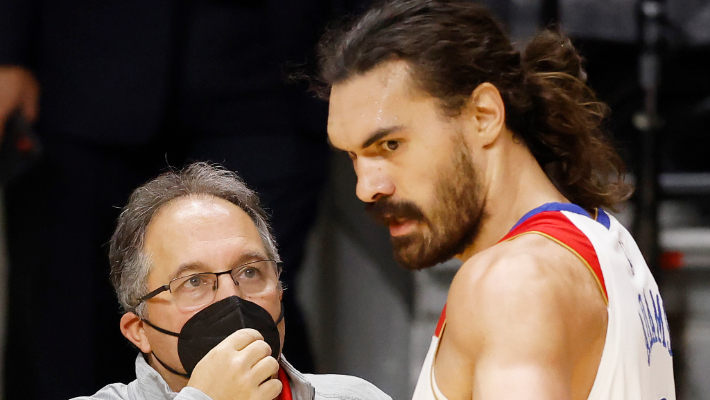 Steven Adams has a habit of being one of the best quotes in all of the NBA. Few players mix having a carefree attitude with being legitimately hilarious quite as well as he does, so when Adams is asked the right question, he’s pretty good at turning it on its head and saying something extremely funny.

An example of this came on Friday night after the New Orleans Pelicans mollywhopped the Cleveland Cavaliers, 116-82. Adams was asked about Zion Williamson, specifically an impression he apparently does of head coach Stan Van Gundy. He was mostly complimentary, then he said something that he swore was a joke regarding what the impression could use to go from good to great.

“I mean, everything was on target, he just needs to have bad breath,” Adams said.

Adams started laughing before being insistent that someone tells Van Gundy what he just said. He apparently decided that this was a little too much fun at his coach’s expense and foresees a potential consequence coming.

“Too far, right?” Adams asked the media. “Too soon? I guess Jaxson’s starting now, by the way.”

The Pelicans next play on Sunday night when they host the Los Angeles Clippers. We’ll see if Adams’ prediction about the fallout for this joke comes to fruition based on whether Van Gundy opts to start Jaxson Hayes at center.