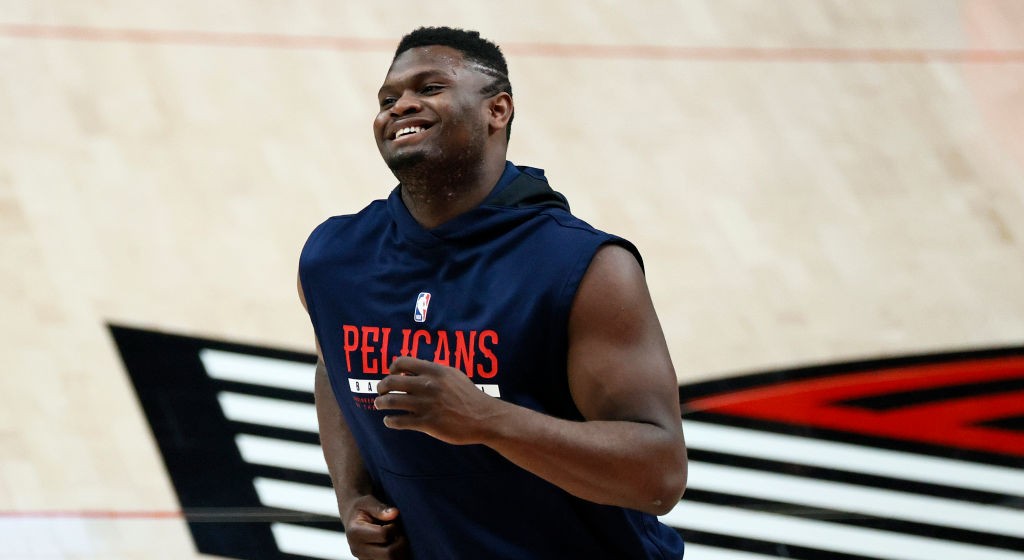 The New Orleans Pelicans lost in overtime on Sunday afternoon to the Knicks in Madison Square Garden, as a blown assignment late by both members of the New Orleans backcourt led to a game-tying three from Reggie Bullock, which allowed the Knicks to pull away in the fourth quarter. Eric Bledsoe failed to foul Derrick Rose up three, which had been the plan for the Pelicans with 7.8 seconds to play, and then Lonzo Ball bizarrely stepped inside to help down on a Rose drive, leaving Bullock in the corner for the open three to tie.

The few thousand fans allowed into the Garden erupted on that three, and kept buzzing through the overtime period as the Knicks won their sixth straight game. After the game, Zion Williamson, who had 34 points, nine rebounds, and five assist to lead the Pelicans, was asked about his first professional game in New York and lit up, giving some comments that have Knicks fans all kinds of excited.

Now, Zion smartly said its his second favorite place to play behind New Orleans, but that’s going to get ignored by every Knicks fan and sports talk show for the next few days as this will surely become an A-block topic for talking heads. There will be inevitable talk of whether this means Zion will push his way to New York, but the reality is, he is, at least six or seven years from even having the chance to do so — and, to this point, has at least been publicly thrilled to be in New Orleans. Zion is on year two of his rookie deal, which runs through 2024, and then will ink a five-year max with the Pelicans, which he can’t really look to put pressure on to move him until three years into, as we’ve seen from other stars in recent years.

What’s more likely than this being a sign that Zion is a Future Knick is that Zion will be the next great NBA star who spends his entire career raving about the atmosphere in New York for one or two visits a year, scoring a ton of points in the Garden for the Pelicans and/or some other team. There is a great history of the NBA’s best talking about the Mecca of basketball in glowing terms before choosing to go elsewhere in free agency when they actually do have the chance to go to New York. That won’t stop Knicks fans from getting really excited about Zion’s comments, though, which when coupled with their current six game winning streak is making this the best week the Knicks have had since 2013.