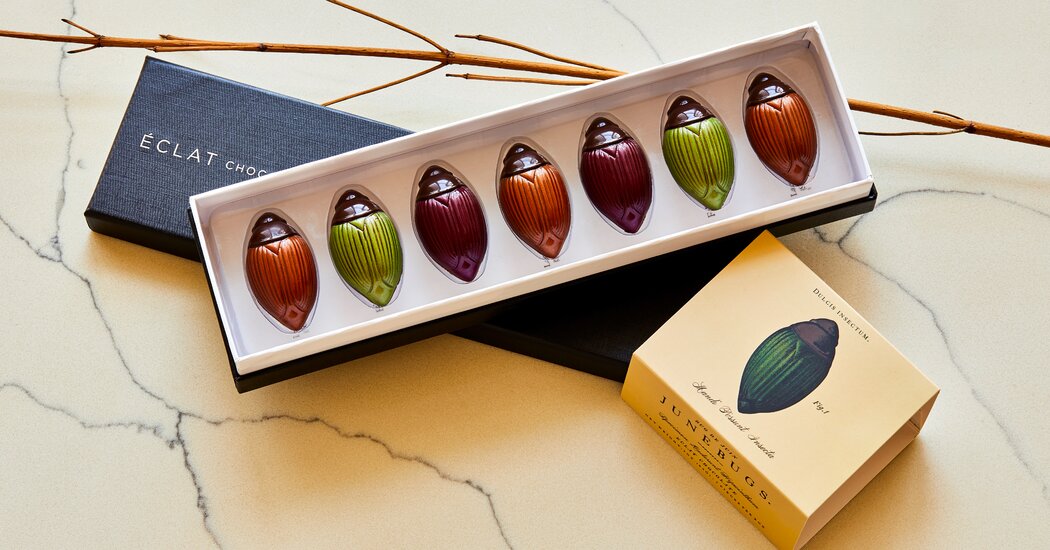 Unlike cicadas, June bugs are an annual nuisance. A type of iridescent beetle, also known as a scarab, June bugs are big, noisy and harmless to people (but not to plants). Christopher Curtin, the master chocolatier who owns Éclat Chocolate in West Chester, Pa., makes his chocolate June bugs seasonally. This year he’s fine-tuned the design and given them new colors and fillings, making them as beautiful as the gilded ones that delighted the Pharoahs. They’re significant treats, more than two inches long (June bugs can actually get that big), and now come with centers of creamy apple-smoked cinnamon, black cherry-vanilla, and lemon-mint, each with a layer of pâte de fruits.