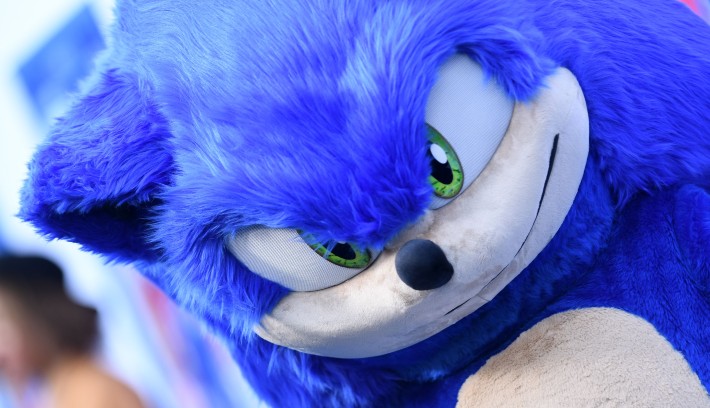 Xbox is no stranger to crossover promotions. This is one of the few consoles where someone could theoretically own a Spongebob, Teenage Mutant Ninja Turtle, and Garfield-themed box that plays current generation games. So when Xbox announced that it was doing a promotion with the upcoming movie, Sonic the Hedgehog 2, it didn’t come as a surprise.

What was surprising was the exact giveaway that Xbox is presenting this time. Previous sweepstakes involved a themed console, but this one is going to be focused on the controller. Players can get a Sonic or Knuckles themed controller for their Xbox, which on its face sounds like a completely normal thing. Until you look closer and realize the controllers are fuzzy.

We might need glasses because these controllers look fuzzy.

Follow and RT with #XboxSonic2Sweepstakes for a chance to win a Sonic 2 Xbox Series S Custom Console and Controllers.

A logical assumption would have been that this is just the artist having some fun with the design and the controllers themselves will be the same smooth design that every controller has, but no they are just as fuzzy as they look. A blog post on Xbox Wire

The customized black Xbox Series S console features a golden portal ring shining on its surface alongside an embossed Sonic the Hedgehog 2 logo. With textured coatings reminiscent of the “bristly” texture of hedgehogs in the wild, the new Xbox Wireless Controllers come in Sonic Blue and Knuckles Red.

Well, they are certainly unique but we’re not sure these are going to be the most practical controllers ever made. If you enter and win these maybe plan on leaving them as a display on the shelf.