Searches are continuing in Queensland for a motorcyclist believed to be lost in floodwaters after a deluge of wet weather soaked the state's south-east overnight.

Police divers, swift water rescue, the RACQ helicopter and Queensland Fire and Emergency Services are all searching for the 54-year-old man after his motorcycle was found in floodwaters in Gympie, approximately two hours' drive north of Brisbane.

Searches commenced around 7.30am in flooded Cedar Pocket near Green Creek Bridge. 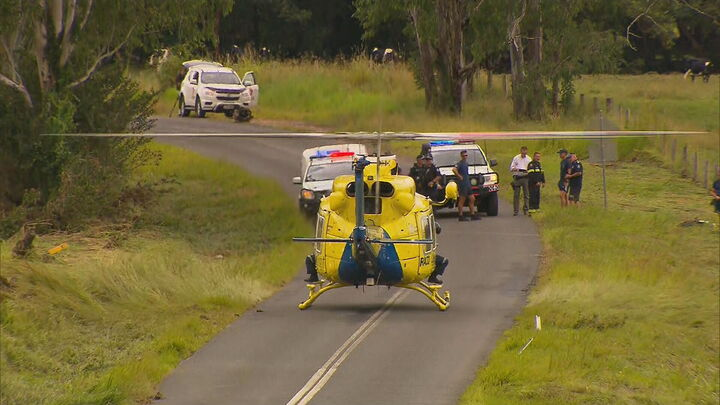 "The water was coming in quite fast and it was a large volume of water, a huge dump in a short period of time that's caused this flash flooding.

"There's all likelihood that he didn't see the water and has become disabled or washed away."

He added the road had been extremely damaged by the rain, warning drivers of dangerous debris often hidden on flooded roads.

EXPLAINED: Why Russia-backed rebels are a thorn in Ukraine's side 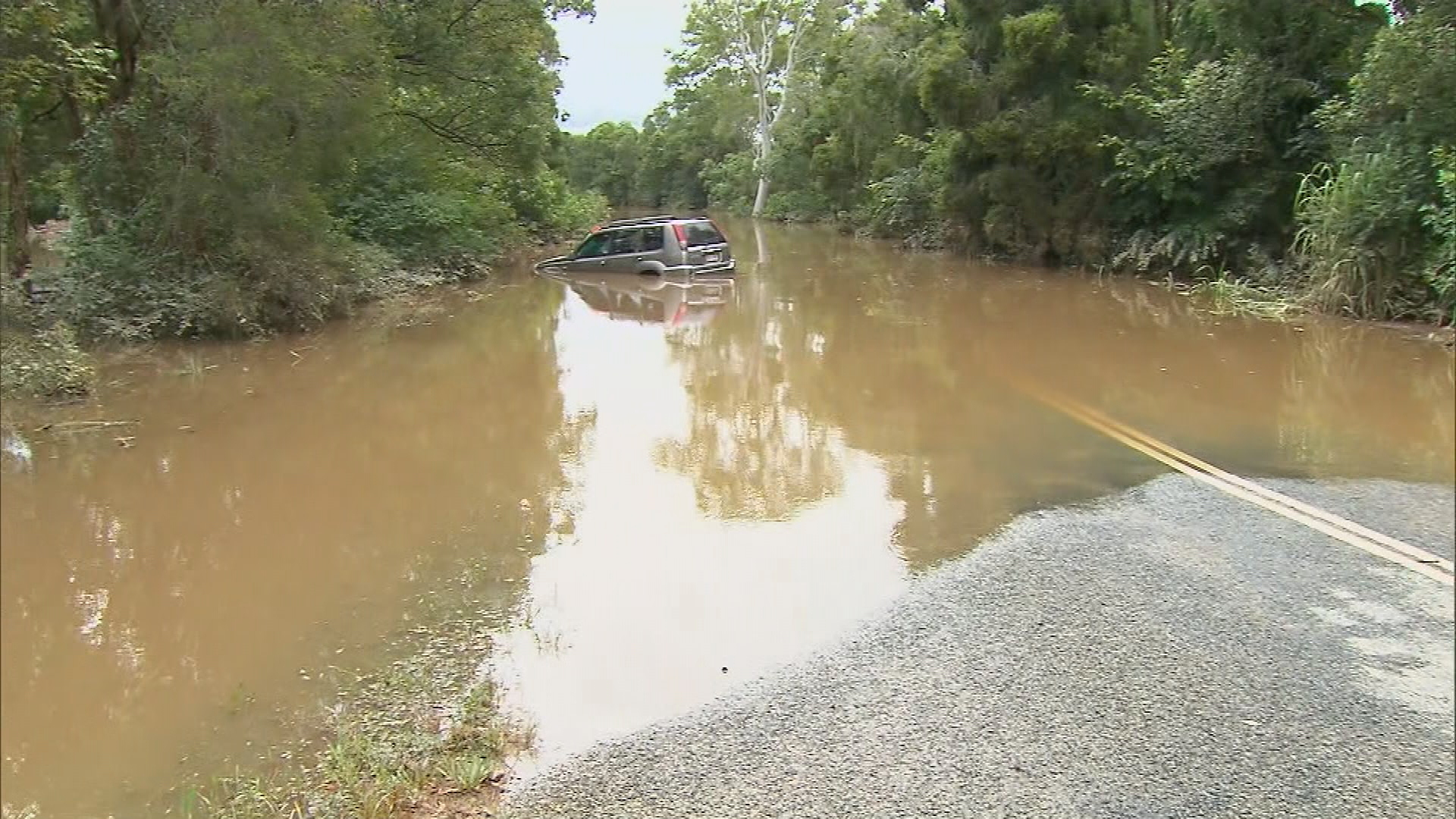 "If you hit that at speed it could be catastrophic.

"Our priority is now making sure our rescue crews aren't putting themselves in danger."

Lesley Chapman, stranded at a rest stop just outside Gympie, said the overnight storm was thunderous.

"The rain was absolutely phenomenal. It was a bit scary," Ms Chapman said.

"Absolutely torrential, looking out it was like a white sheet." 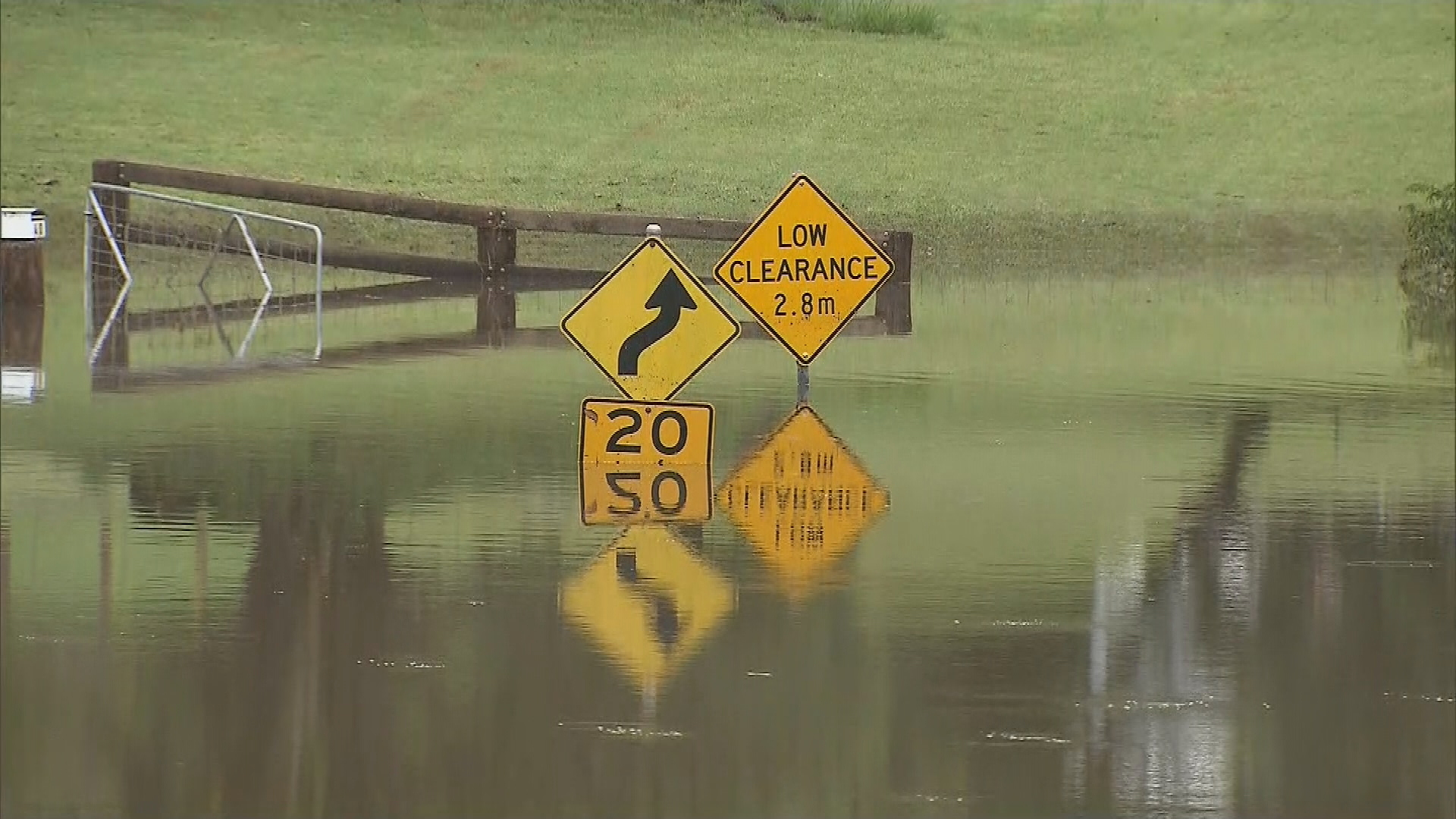 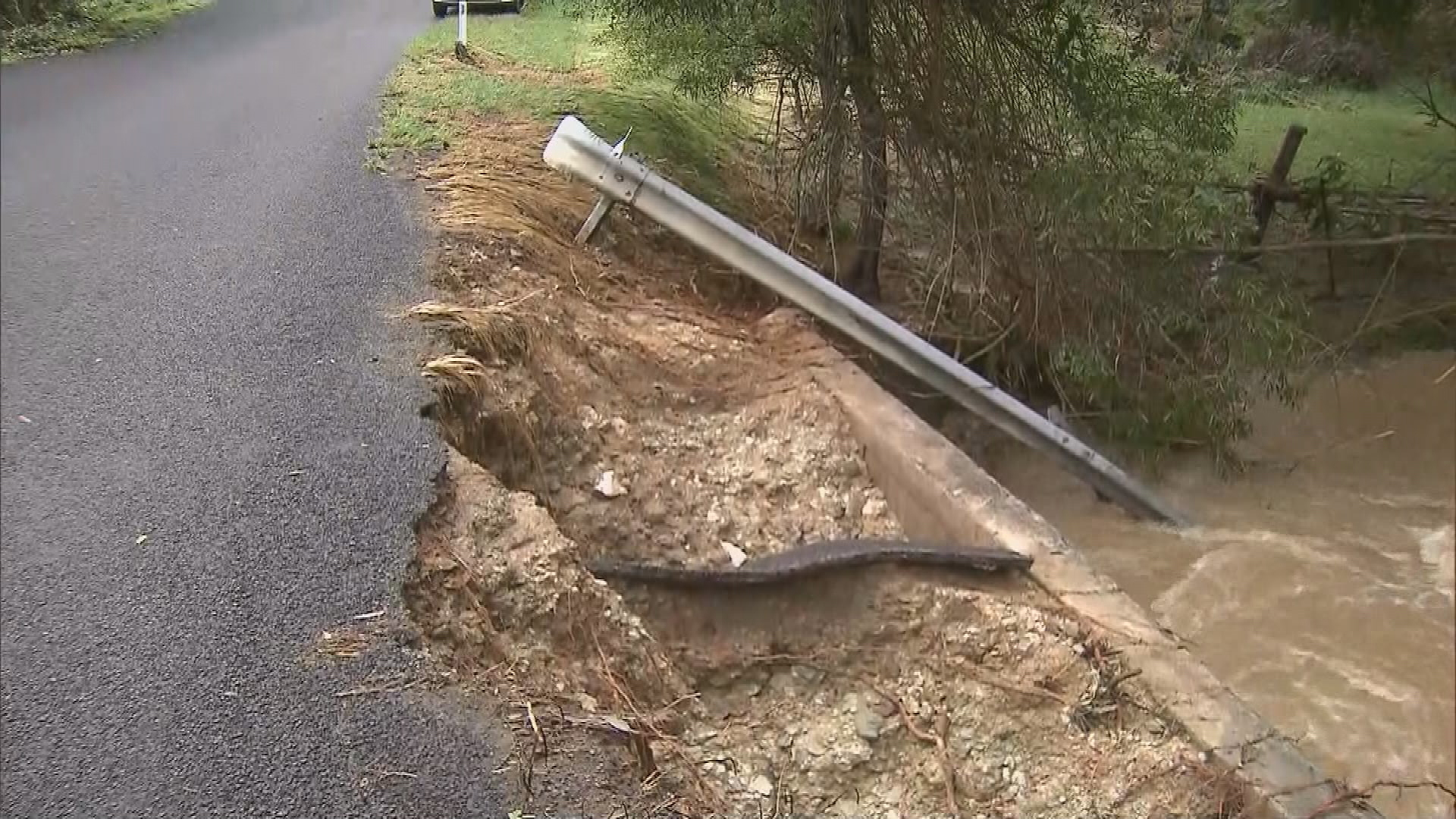 On the Sunshine Coast, a 63-year-old woman was found dead in her submerged vehicle this morning.

Premier Annastacia Palaszczuk described the incident as a "tragedy" in an address to parliament today.

Police were called at 4.45am but could not access the vehicle due to the rapidly rising floodwaters.

Hours later, police were able to access the car, locating the dead Belli Park woman inside. 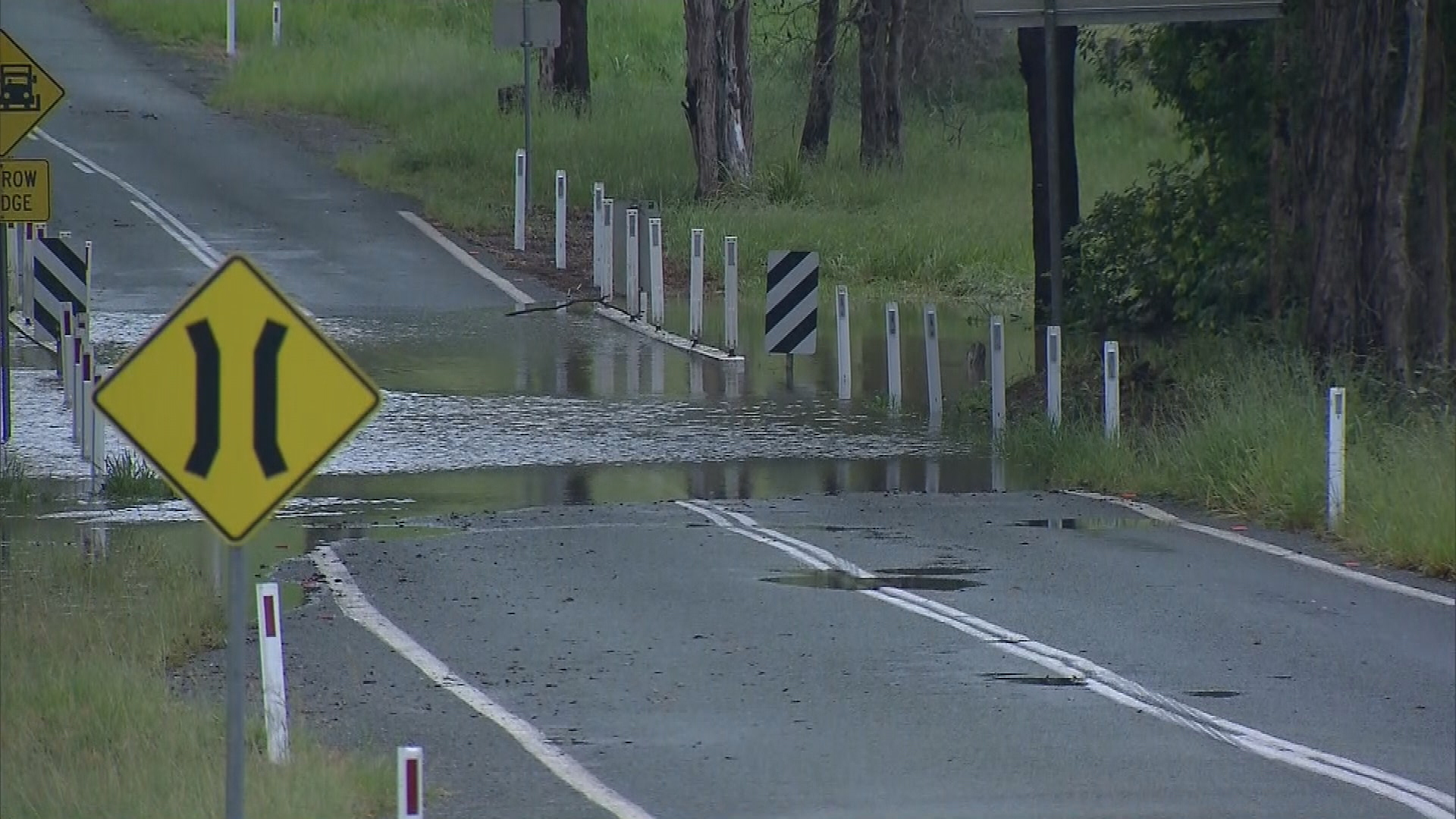 "We've not only had to rescue people from vehicles, we've unfortunately seen the death of at least one lady overnight," Superintendent Craig Hawkins said.

"Other incidents we've had to attend to were inundated homes, people have had to be evacuated.. and caravanners rescued including vehicles that have been washed away."

Queensland emergency services have been inundated with calls for help, with reports of fallen trees, damaged homes and residents needing rescue from rising floodwaters. 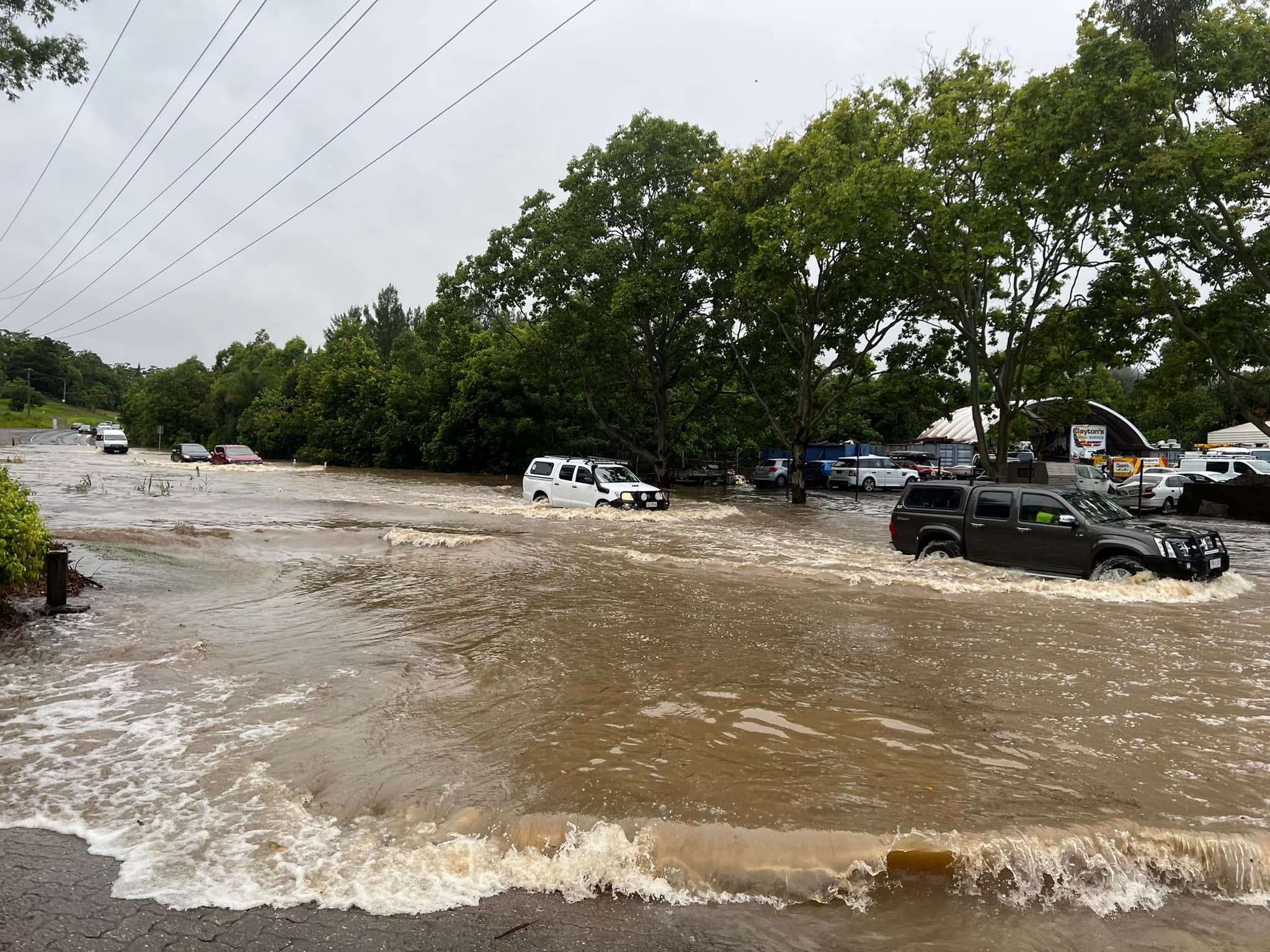 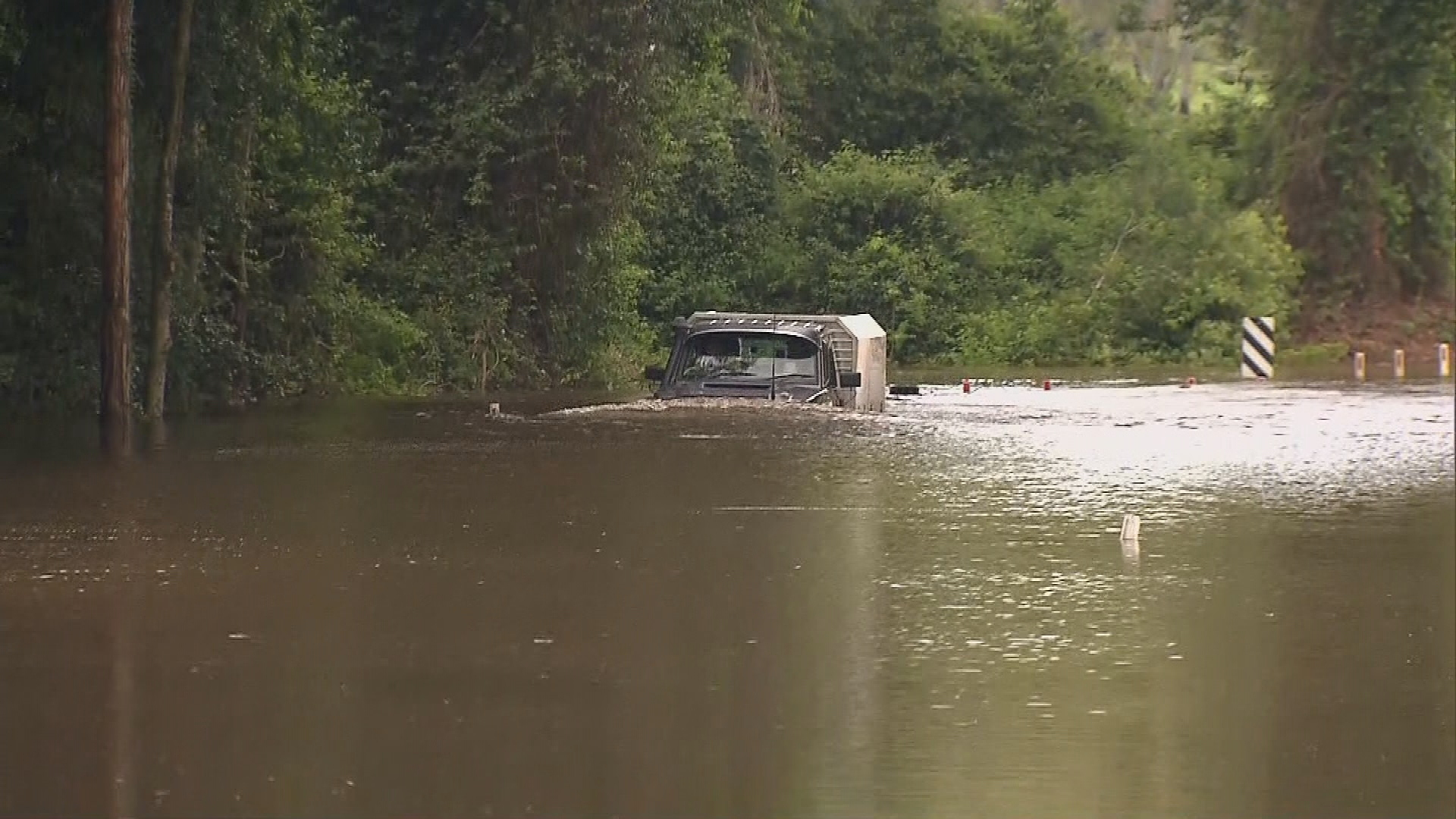 Queensland authorities have urged residents to reconsider the need to travel as roads and bridges are impacted by the deluge, and warned against driving through floodwaters.

"Do not take the chance of endangering your life of the lives of others," Superintendent Hawkins said.

Flood and severe weather warnings remain in the region.

Parts of the Sunshine Coast copped the brunt of the mayhem overnight, with 300 millimetres of rain falling in less than six hours. 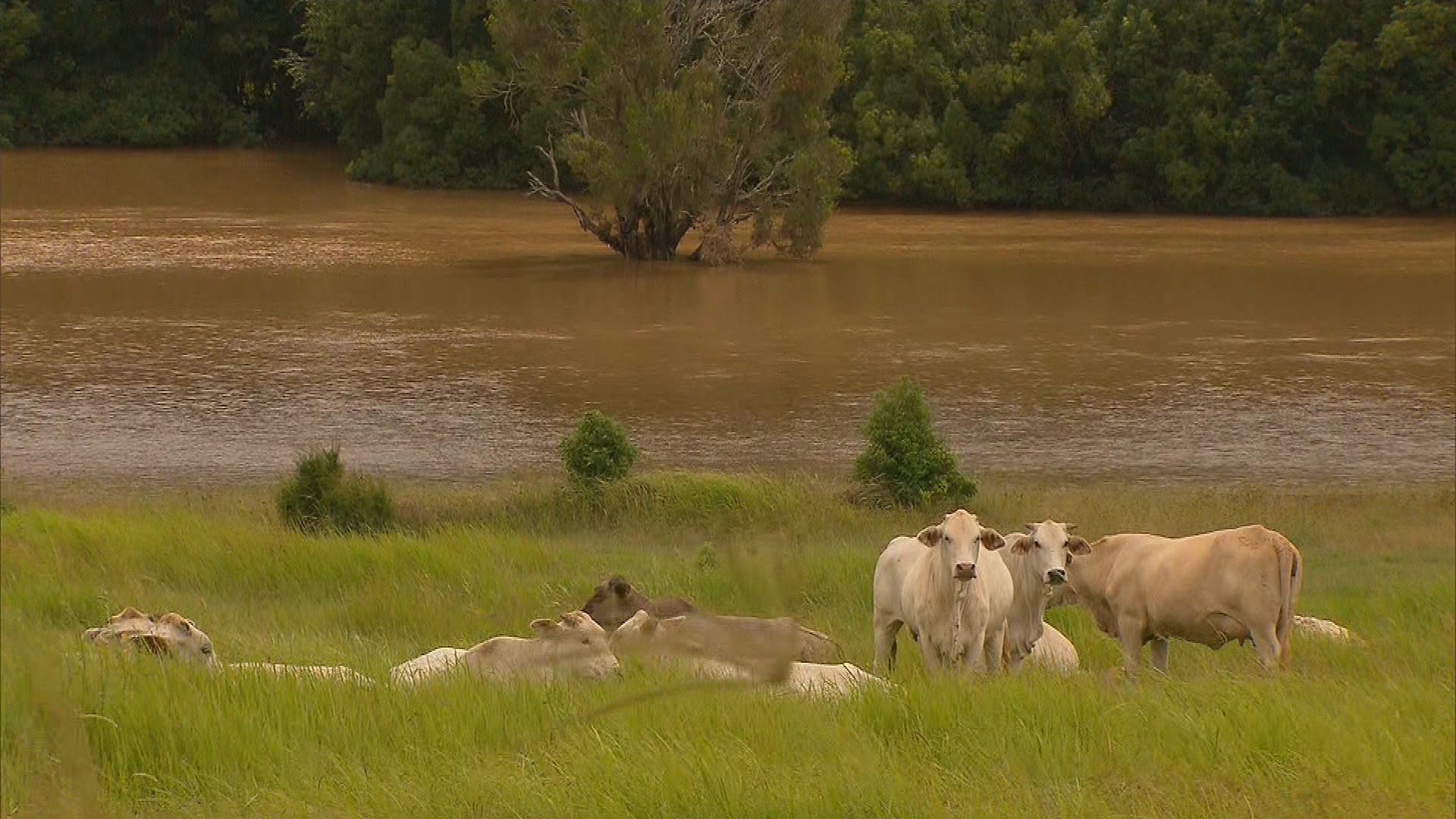 "A lot of collectables, comic books and old stuff," he said.

"My partner woke me up about 4.30am and we moved the cars.

"There's still stuff underwater at the moment I still haven't found so we'll be getting through it today slowly but surely." 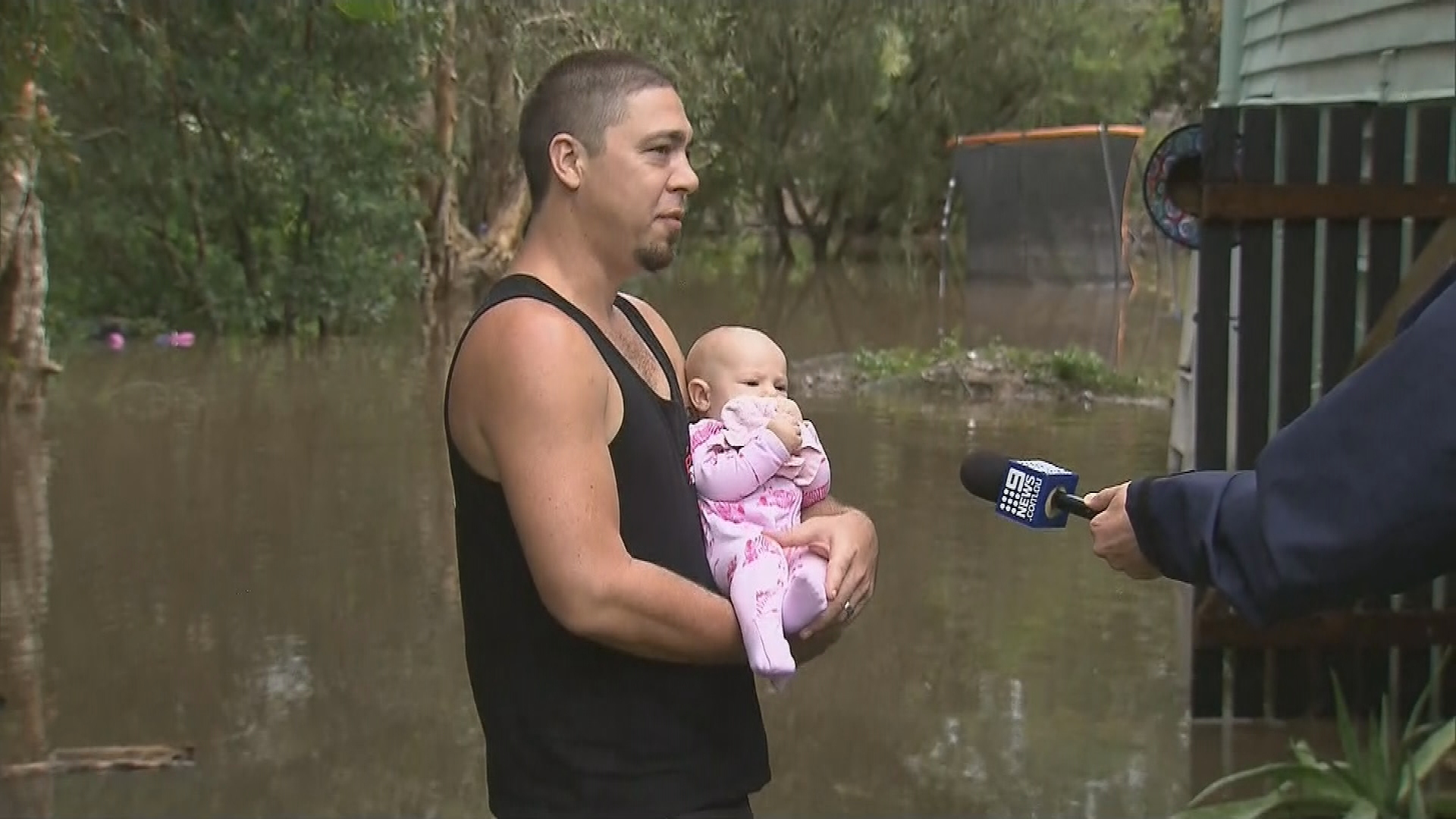 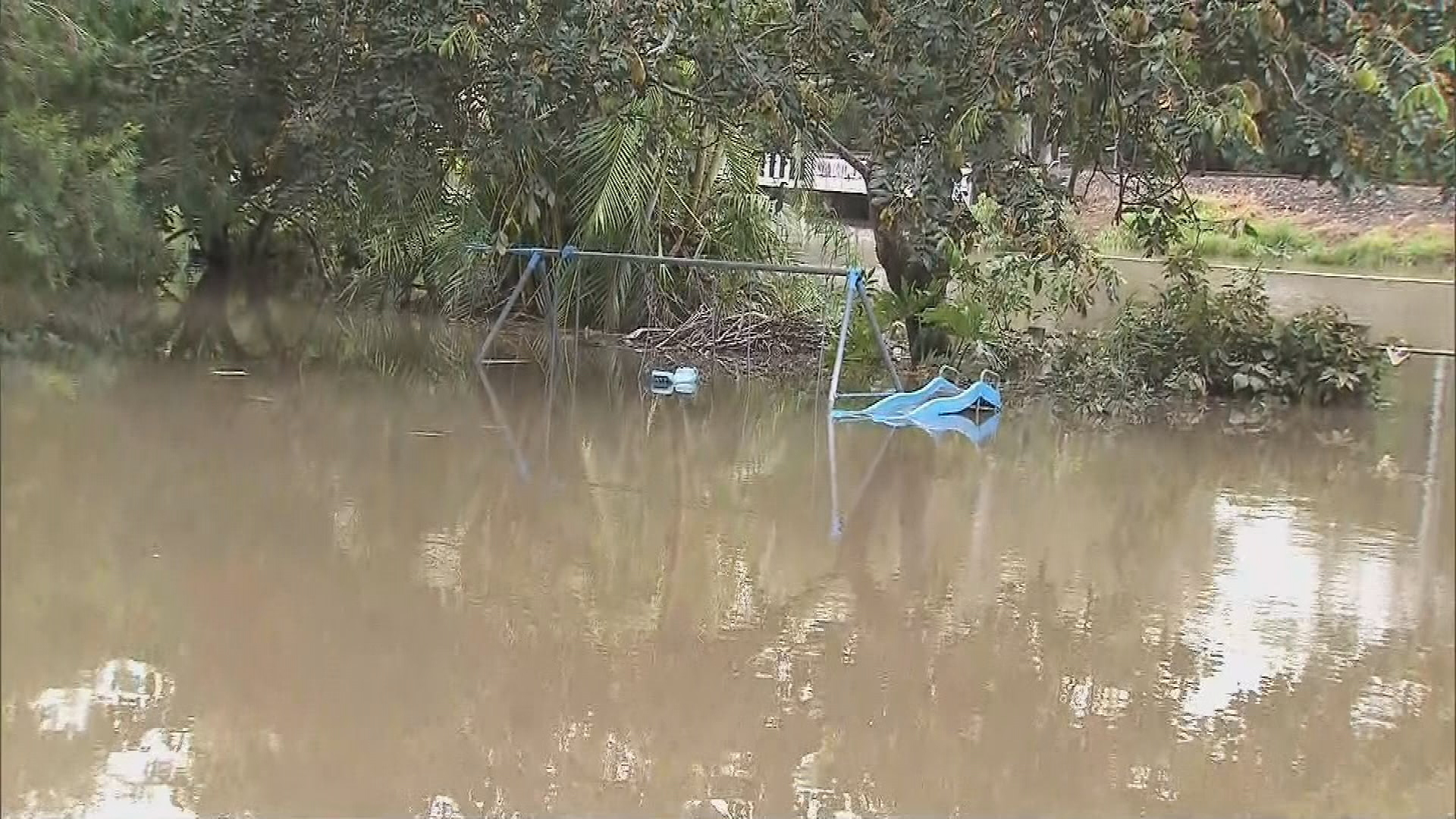 The Bureau of Meteorology (BoM) has issued a flood watch for the area as heavy rainfall and "life-threatening" weather continues to wreak havoc across Queensland's south-east coast.

Floodwaters have particularly lashed areas such as Noosa, Cooroy, Pomona, Kenilworth and Tanawha, with residents warned to practice caution throughout the day and monitor conditions closely.

That weather system is now expected to shift down to the Gold Coast today, where residents have been told to brace for extremely heavy rainfall, potential flash floods and hazardous winds.

"Intense rainfall leading to dangerous and life-threatening flash flooding is possible during this period with six-hourly rainfall totals up to 300mm," the BoM said.

EXPLAINED: Why Russia-backed rebels are a thorn in Ukraine's side

"Flash flooding is expected to redevelop later today and continue through Thursday.

"Locations which may be affected include Gold Coast, Toowoomba, Brisbane, Maroochydore, Gympie, Caboolture, Coolangatta and Ipswich."