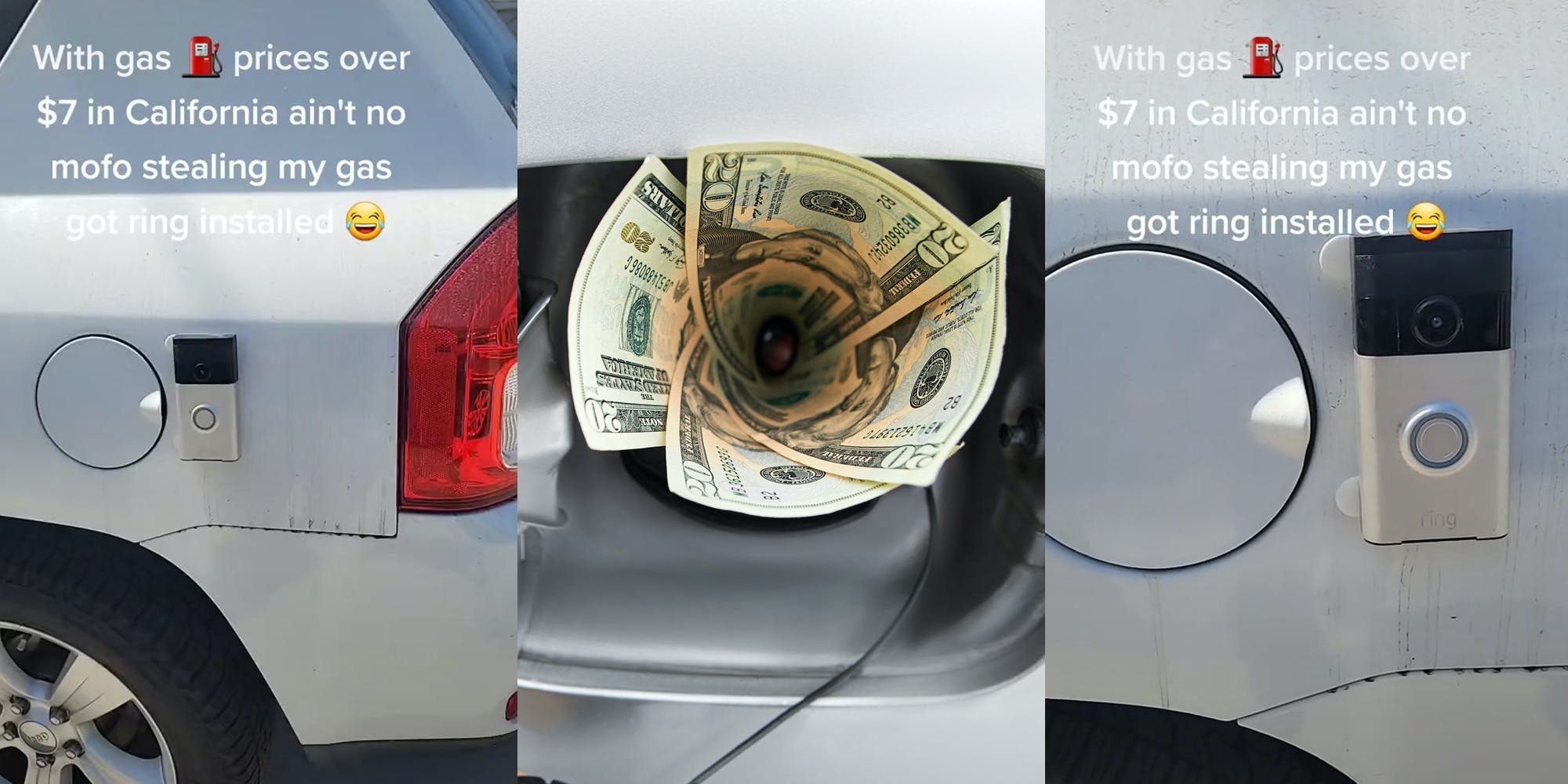 A viral TikTok video appears to show how some Americans have resorted to placing cameras on their vehicles in order to deter gas thieves.

Amid historically high gas prices, one TikTok user out of California uploaded footage earlier this month of a Ring doorbell camera he had placed next to his Jeep’s gas tank.

“With gas prices over $7 in California ain’t no mofo stealing my gas…” a caption on the video states. “[G]ot ring installed.”

The video has since been viewed more than 9.1 million times, leading to an influx of remarks. Many users appeared to applaud the TikTok user’s efforts.

“At this point it costs less to replace the camera than fill up your tank!” one user said.

“One of the best videos I’ve seen in a long time lmao,” another added.

Even the official Ring TikTok account weighed in, adding a simple “Hi” and smiling emoji to the comment section.

But others argued that potential thieves would merely end up stealing the Ring camera too.

“They’re going to steal that ring camera,” one commenter wrote.

“Is that so they can ring and tell you they’re stealing it before they steal it?” another TikToker quipped.

The Daily Dot reached out to the TikTok user who uploaded the video to inquire about their use of the Ring camera but did not receive a reply by press time.

While the concept appeared new to many, numerous articles have been written over the years about using Ring cameras on vehicles. One major limitation, however, is that Ring cameras require Wi-Fi. Unless the user only intended to monitor their vehicle outside of their home in range of their Wi-Fi connection, a mobile Wi-Fi hotspot device would be needed.

Ring, which is owned by Amazon, announced in September that it would soon introduce a dashcam for the inside of vehicles. The company also plans to release a car alarm device as well.

We want to hear from you!

What do you like about the Daily Dot? What do you think we could be doing better? We want to hear from you! If you take this (super short) survey and tell us what you think, you’ll be entered into a drawing to win $1,000.