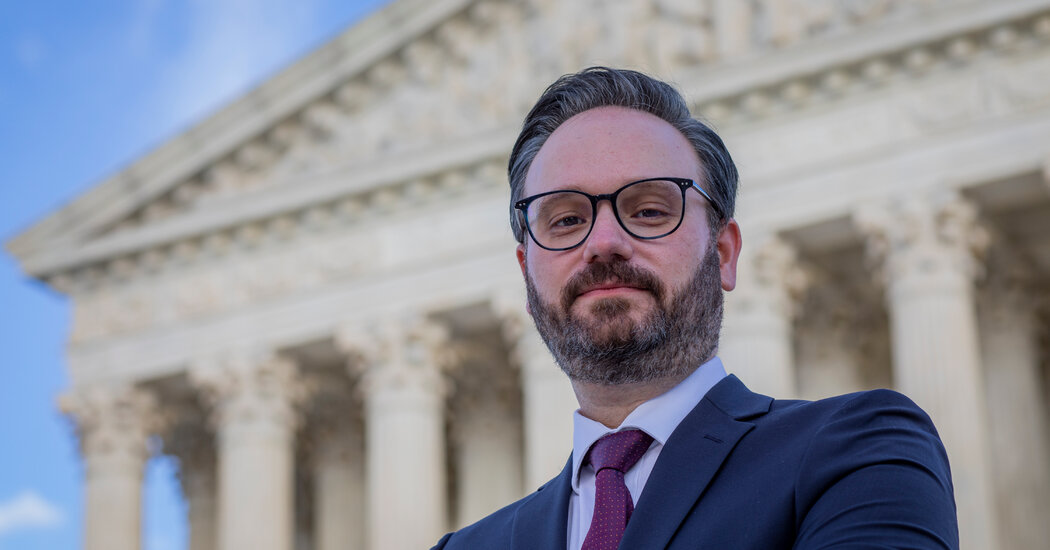 Abortion clinics and providers challenging the Texas anti-abortion law will be represented before the Supreme Court on Monday by Marc Hearron, senior counsel for the Center for Reproductive Rights.

Mr. Hearron was previously senior counsel for Senator Dianne Feinstein, Democrat of California, on the Senate Judiciary Committee. He has ties to Texas, where he went to law school at Southern Methodist University in Dallas and clerked for Judge Carolyn Dineen King on the U.S. Court of Appeals for the Fifth Circuit and for Judge Sidney Fitzwater on the U.S. District Court for the Northern District of Texas.

He has also been a partner at the law firm Morrison & Foerster, where he worked on pro bono cases involving reproductive rights and L.G.B.T.Q. rights. The firm is one of the groups involved in the suit.

“This law has now been in effect for two months, denying people across Texas the right to exercise a constitutional right the Supreme Court has recognized for almost 50 years, and forcing them to travel hundreds of miles out of state, delaying their abortion care, which is a time-sensitive medical procedure,” Mr. Hearron said by phone on Sunday. He emphasized the effects of the law on lower-income women and women of color.

Mr. Hearron added that he did not expect the case he is bringing to focus on the right to abortion itself, but more on procedural and jurisdictional questions.

A unique issue in the Texas law, which effectively prohibits abortions after about six weeks of pregnancy, is its enforcement by the general public rather than state officials and law enforcement.

“It’s well past time for this law to be blocked,” Mr. Hearron said.

The Center for Reproductive Rights has offices around the world and in several U.S. cities, and is working with the A.C.L.U., Planned Parenthood, the Lawyering Project and Morrison & Foerster.