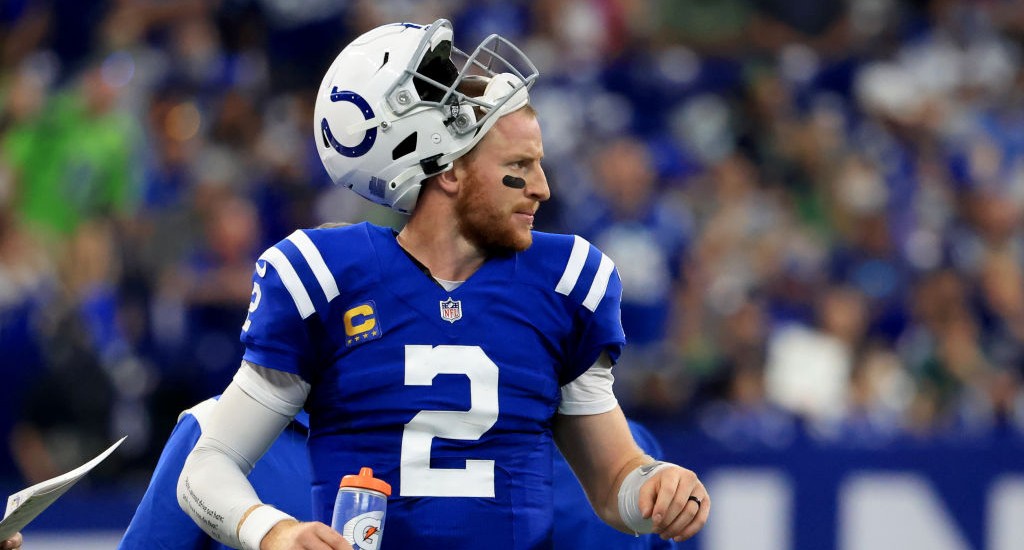 No matter who you are, nothing is easy in the NFL. That was on display in Week 14 with regard to the selections in this space, with a 1-4 record that easily could’ve finished 3-2 or even 4-1. Cleveland blew a 21-point lead, only to win by two points as a 2.5-point favorite. Buffalo lost as a 3.5-point underdog on a long touchdown in overtime. The first half under in Atlanta-Carolina broke on a pick-six that swung the total result. This stuff happens, to be sure, but the ball rolled in the wrong direction for us a week ago, and we’re always going to struggle during a week when favorites cover at an alarming rate.

This time around, we’ll have five more selections but, before we dive into an interesting Week 15 slate, let’s take stock.

The Patriots haven’t lost since Oct. 17 and now they are getting points against the 7-6 Colts? The world is on the Patriots as a result? You had to know I’d have Indianapolis here.

I realize Miami has been a lot better lately, but the Dolphins laying nearly double figures against anyone seems like a lot. Michael Carter projects to be back for the Jets, giving New York some more juice offensively, and this is a game with a total of 41 as this post arrives. That’s a big number for a grind-it-out game.

Ding dong, Urban Meyer is gone. The Jags, despite their horrifying season, are more talented than the Texans, and Davis Mills is taking the ball for Houston on the road here. I’m expecting a refreshed effort from Jacksonville.

Against all odds, the Falcons are alive in the playoff chase. That isn’t why I’m taking them, but it’s funny to see it in print. At any rate, this should probably be 7 or 7.5 and the extra candy is enough to get us to the window, even if a backdoor is needed.

This is a big number. The Bucs are soundly better than the Saints, but Tom Brady hasn’t exactly lit New Orleans ablaze in previous meetings. The Saints are frisky defensively and, while taking Taysom Hill in this matchup doesn’t give me a warm feeling, I will gleefully accept the double-digit spread.