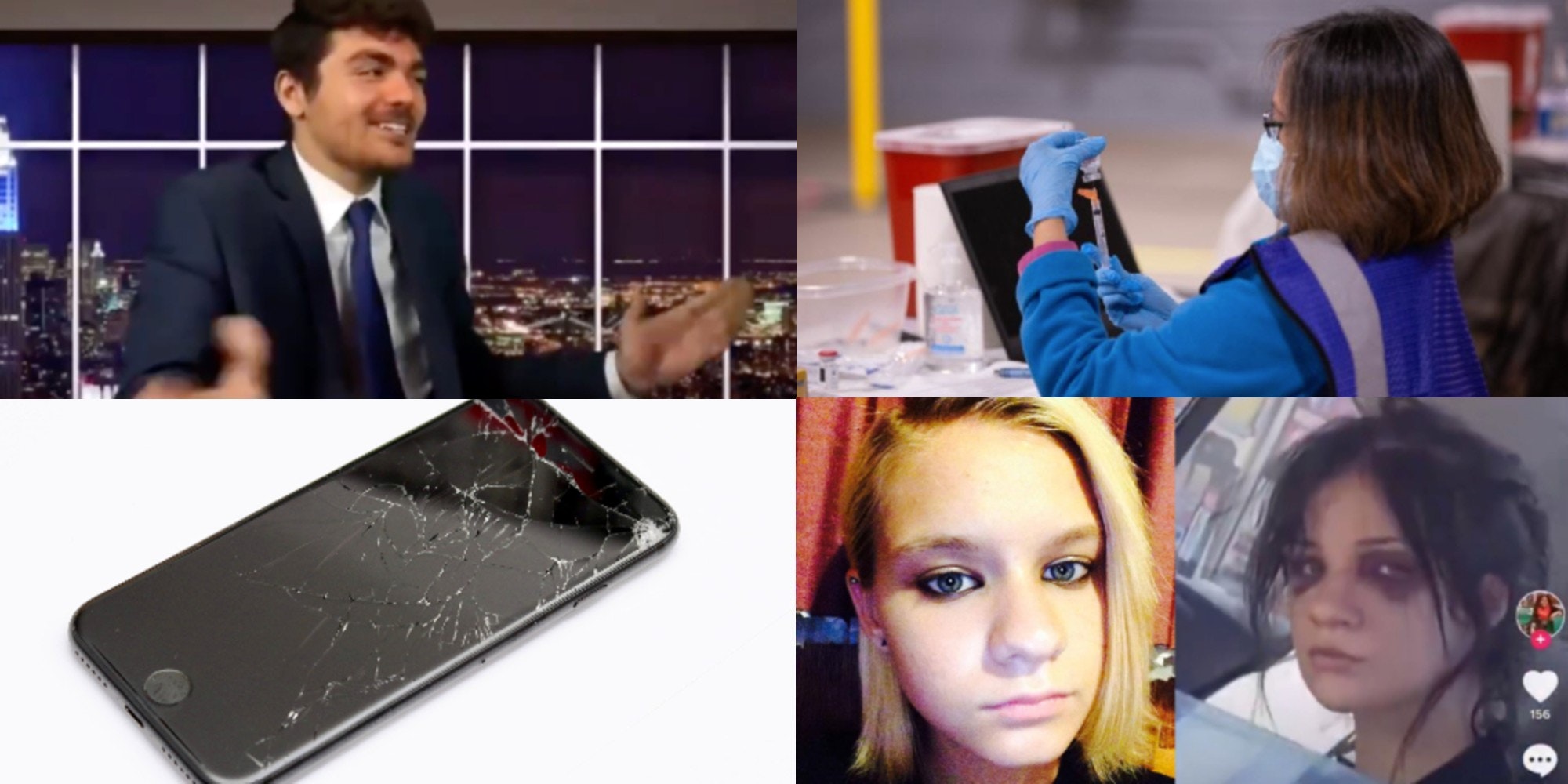 Sign up to receive the best of the internet straight to your inbox.

A delivery driver canceled a woman’s McDonald’s food order—but then she caught him eating it. Here’s what else caught our attention this weekend:

Police confirmed that the woman in the viral TikTok video that people believed featured Cassie Compton is not the Arkansas girl who has been missing for six years.

The Stuttgart Police Department said on Facebook that the FBI found the woman in the video and interviewed her.

The police department told the Daily Dot on Thursday that it, along with the FBI’s Little Rock field office and the Arkansas State Police, were investigating a TikTok video that appeared to show Compton. In the video, which was first posted to Facebook, a girl is seated in between two individuals in the backseat of a car when she glares at the camera in an expressionless manner. A TikToker brought attention to the video on Thursday. They figured it was the woman’s “call for help” and encouraged viewers to “find her.”

Many believed the woman was Compton, who went missing in 2014 after leaving home for the store. She was 15 years old at the time. Upon seeing the video, Cassie’s mom Judy Compton told THV11 that she “started bawling.” “My poor baby girl. It looked just like Cassie,” Judy said.

While the Stuttgart Police Department didn’t reveal the identity of the person in the video, a woman by the name of Haley Grace Phillips is claiming it is her. Phillips, who, according to her family was missing for a few days prior, posted an Instagram Story to prove she is “fine and not kidnapped” and said her eyes are bruised because she was robbed.

The Stuttgart Police Department previously told the Daily Dot it was aware of Phillips’ claim.

While the woman in the TikTok video was not Compton, the incident has brought newfound, national interest in the case—and that will hopefully lead to answers.

Read the full report here, and catch up on more you may have missed below.

You can find surgical masks for sale everywhere from Amazon to the gas station these days. And you may think they’re all protecting you from COVID, but unfortunately, a lot of them aren’t doing a very good job. FDA registration is a requirement of a well-made mask––and that’s something no bootleg mask has.

On his show Friday night, Nicholas Fuentes encouraged his supporters who took part in the Capitol riot to destroy their cellphones and SIM cards. Fuentes then backtracked on his remarks, worrying about his previous statement’s legal liability. However, the white nationalist may have taken part in obstructing the FBI’s investigation into the riots by telling his “groyper army” to destroy their phones.

FROM OUR FRIENDS AT NAUTILUS

Can you still get COVID between your first and second dose of the vaccine—or even after both?

While the rollout of coronavirus vaccinations plays an integral part in getting life back to normal sooner rather than later, it’s only a means to an end. And simply getting the first dose of the COVID vaccine still leaves you susceptible to the disease caused by the novel coronavirus.

This week on Behind the Seams, we look into the phenomenon of the Disney Princess Dress: an outfit that combines 1950s silhouettes with elements of 18th and 19th-century European ball gowns. We delve into the historical influences of movies like Snow White and The Princess and the Frog, along with insight into how Disney transformed cartoon princesses into a cohesive, Avengers-style lineup.