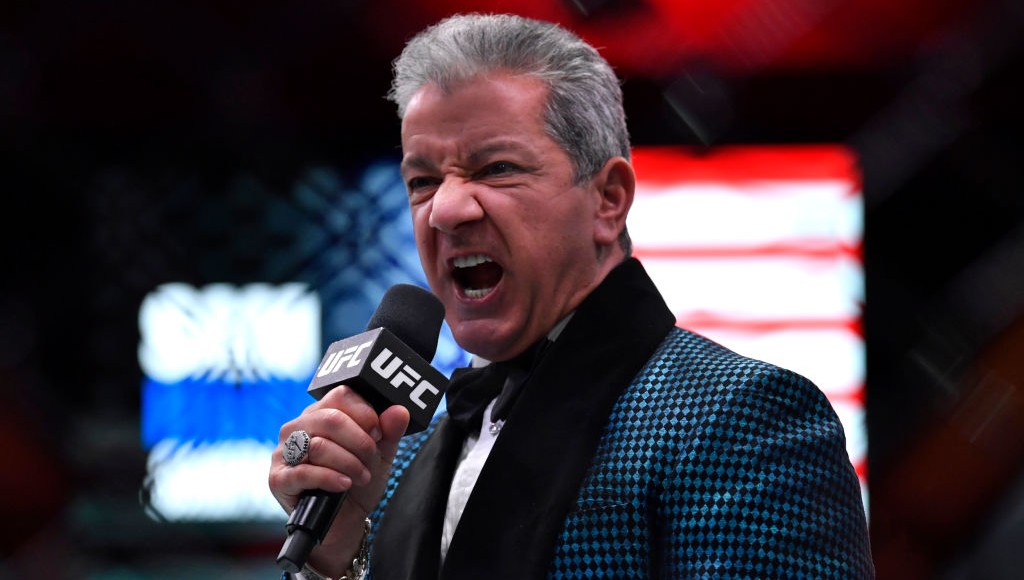 Cameo has become an incredibly popular way for people to celebrate things by paying famous people to record a personal message for someone. That is, at least, what the entire site was built off of, but sometimes people use it to play jokes on their friends or, apparently, break up with their significant other in maybe the least personal way possible (but also the funniest to the objective viewer).

On Sunday, a video made the rounds showing Bruce Buffer, the legendary UFC ring announcer known for his very animated theatrics and his “IT’S TIIIIIMMMMMMEEEEEE” catchphrase, offering a message to some poor woman named Kayleigh (Kayley?) to “move on.”

I have to appreciate how all out he goes for this video, as you really get your money’s worth out of a 14 second video with Bruce. He has the full tux jacket and bow tie look going for this one — although that’s apparently not standard — and does not mail in the “IT’S TIIIIIIMMMMMMMEEEEEEEE” in any way. I mean, it is the same as you’d expect ahead of the main event in the Octagon on a big fight night in Las Vegas. I appreciate that, because Bruce Buffer Cameo’s are not cheap. Apparently telling Kayle[igh/y] it was over was worth $299 to whomever paid for this video, which really tells you how bad things were going in this relationship.

I love that he says he only films in a tux if he’s already in a tux at the time, and the reason why he was able to do this one in his tux is that he apparently chose to film this before going to work at UFC 256 because (as you can see from the above image from fight night) he is in the exact same fit. What a legend.

Also, Sorry Kayle[igh/y], but at least you’ll always have a strong story for your worst breakup ever.