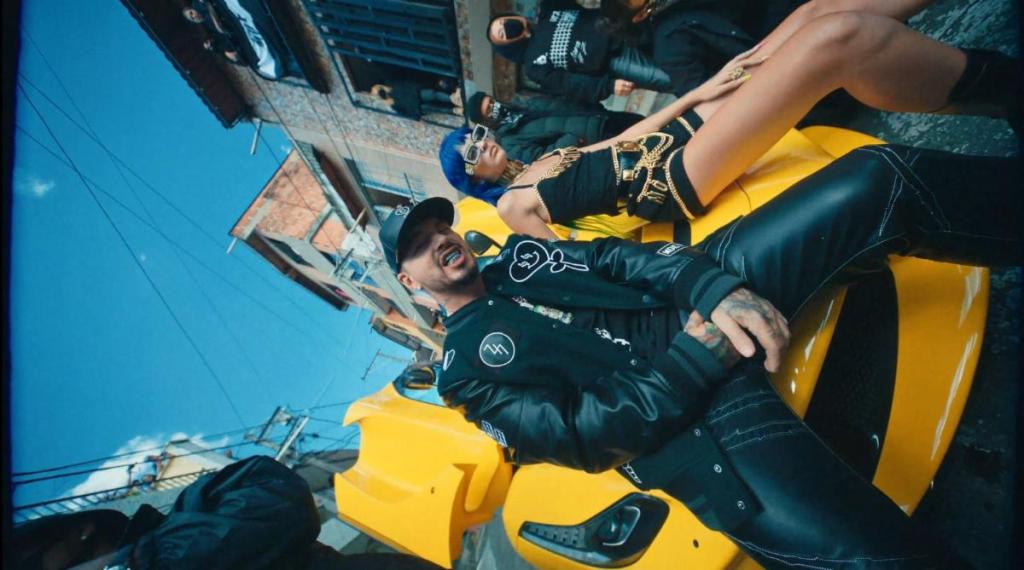 J. Balvin made an appearance tonight to walk boxer Canelo Alvarez into the ring for his fight against Avni Yildrim at the Hard Rock Stadium in Miami. And what better walkout music for Alvarez than a brand new song from the Latin pop superstar? Balvin performed his new single “Ma G” before the fight for the first time, and a video to accompany the new song dropped shortly after, check that out above.

It’s good to see the L atin legend in good spirits and good health again, as last summer he contracted a bad case of Coronaviru

Advertisement
s and had to spend some time in recovery. Though he bounced back in time for a partnership with McDonald’s last fall, and has apparently been busy in the studio based on the new music tonight. This is the first thing the Colombian star has released since his 2020 collaboration “Un Dia (One Day)” with Dua Lipa, Bad Bunny and Tainy.

Along with the new music, Balvin also announced a merch collection that’s a collaboration with 747 and La Plaga Invade, including a varsity jacket, mask, cap, hoodie, sweatpants, and music bundles. Shop that collection here and look out for more info on Balvin’s fifth album coming very soon.