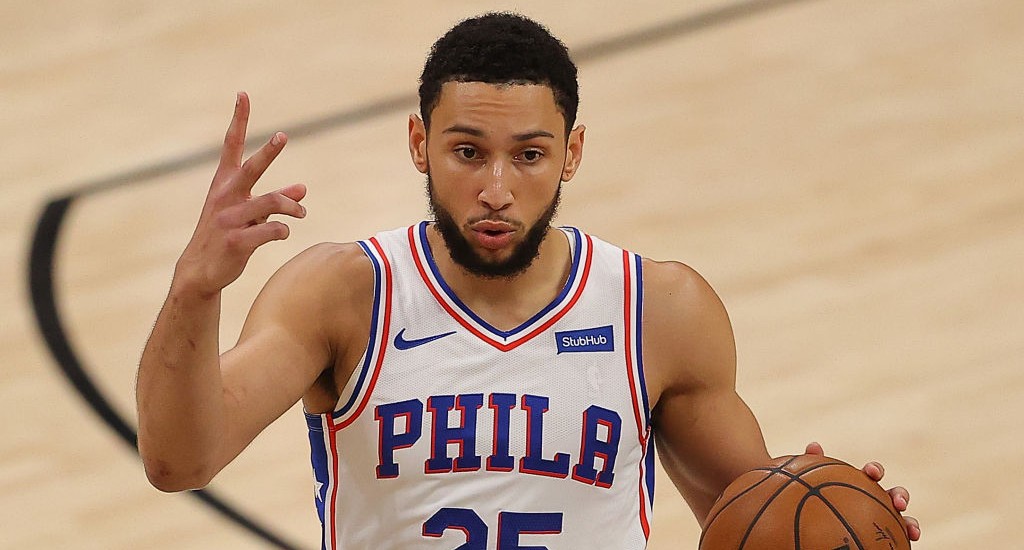 The Golden State Warriors keep popping up as a potential trade destination for Ben Simmons despite the fact that the team seems adamant that it does not want to make a deal happen. The logic for including them in these conversations is sound: they like stars, Simmons is a star, and as their core is aging, he can serve as a bridge and a featured member of whatever the team looks like in the post-Steph Curry/Klay Thompson/Draymond Green era.

The issue is that the Warriors aren’t especially keen on doing this. While it had been reported in the past, owner Joe Lacob confirmed the team has major reservations about a Simmons deal in an interview with Rusty Simmons of the San Francisco Chronicle. While he did not specifically name Simmons — he said a “Defensive Player of the Year candidate in Philadelphia” — it’s not hard to read between the lines.

“In some ways, it doesn’t really fit what we’re doing. He makes a lot of money. And, can he finish games? I don’t know,” Lacob said, per ClutchPoints. “He’s very talented. The problem is: We have Draymond. Draymond and him are very similar in the sense that neither one really shoots and they do a lot of the playmaking. That’s one issue. The salary structure is another.”

The fit with Green has been a reason folks bring up while expressing reservations about a Simmons-to-Golden State trade, because while Curry is Curry and Thompson was a flamethrower prior to his back-to-back serious injuries that have kept him out since 2019, two non-shooters negate the advantage that comes here. And while there are avenues for the Warriors to make this trade happen financially, it would be largely dependent on Philly being willing to take Andrew Wiggins back in a deal along with whatever number of young players they’d want.

This trade is a fun hypothetical, and it would certainly not be the first time an executive used the media as a smokescreen before doing the exact thing they said wouldn’t happen if the Warriors choose to go down that route. Having said that, it appears Lacob is steadfast in saying that the team isn’t in the Simmons market right now, and they might not ever end up there.