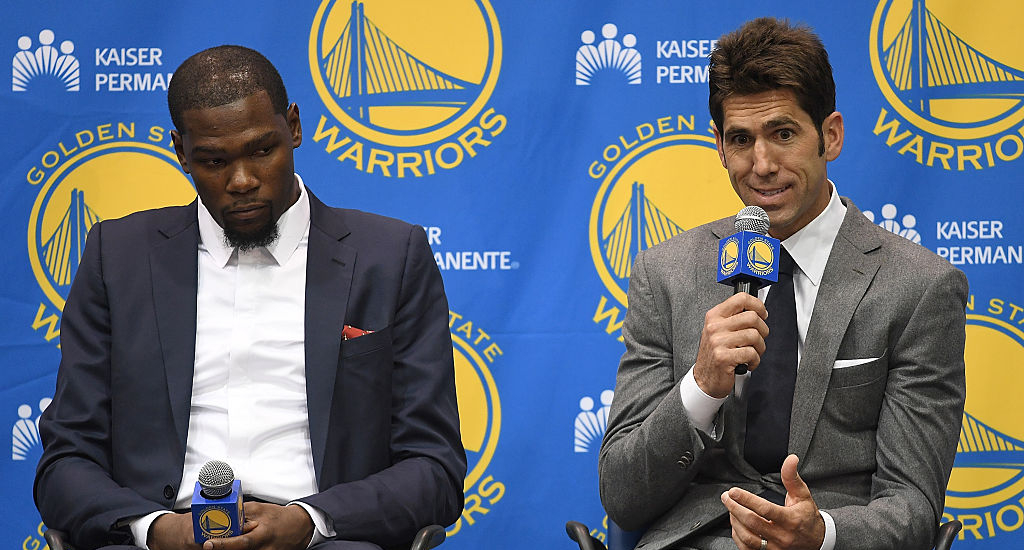 Kevin Durant is still a member of the Brooklyn Nets despite the fact that he requested a trade last month. Brooklyn reportedly would like to get a bevy of talented players and draft picks back for Durant, with no one meeting that lofty asking price yet. One of Durant’s former teams does seem like it can clear that bar, but according to Bob Myers, the Golden State Warriors don’t seem intent on doing that.

Myers, Golden State’s general manager, told NBA.com while he was at the ESPYs that pursuing Durant isn’t really in the cards, as the team that just won a championship would rather run it back.

“I like our team and where it’s at,” Myers told NBA.com. “I want to give the guys a chance to do it again.”
…
“It’s a good group. We’re lucky. It’ll be fun to see,” Myers said. “We were really hunting last year. Now I guess we’re back to being the hunted, which I didn’t think we’d be. We’ll see. I think we can handle it.”

Durant, of course, played for the Warriors from from 2016-19 and won a pair of titles with the team, both of which ended with him being named NBA Finals MVP. Much has been made of how Durant’s time with the team ended — for example, Golden State coach Steve Kerr has mentioned that the final year of that team’s run was not easy, telling Sam Amick of The Athletic last year, “when you do something for that long, such a competitive emotional level — five years, and teams trying to knock you off and building their team to beat you, it’s exhausting. And I think we were all just exhausted.”

If the Warriors felt they could navigate a reunion, a package involving Andrew Wiggins, a collection of their promising young players, and all of their draft capital is appealing. But ultimately, that door seems like it is closed.