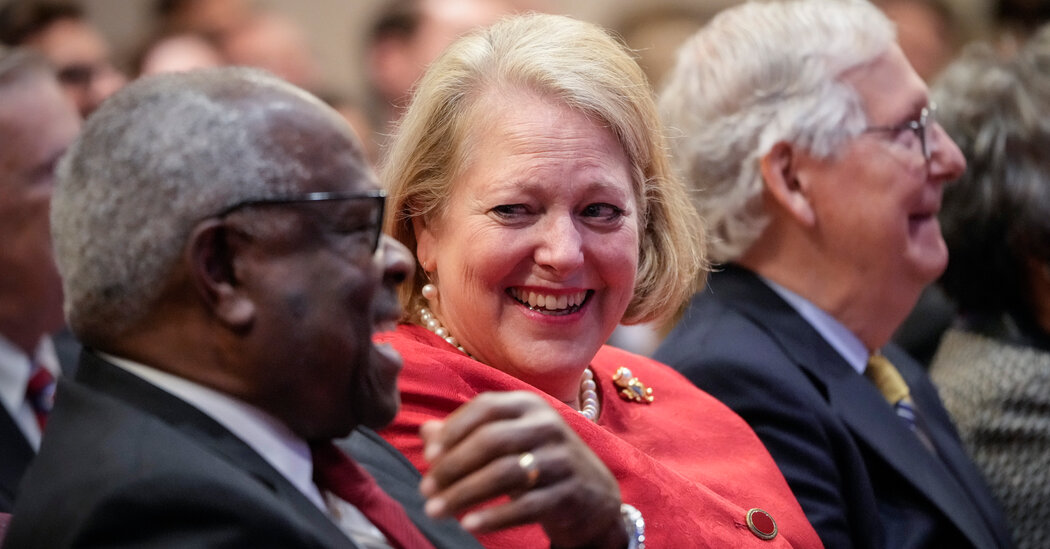 WASHINGTON — Virginia Thomas, the wife of Justice Clarence Thomas and a conservative activist who pushed to overturn the 2020 election, has agreed to sit for an interview with the House committee investigating the Jan. 6 attack on the Capitol.

The development could represent a breakthrough for the committee, which for months has sought to interview Ms. Thomas, who goes by Ginni, about her communications with a conservative lawyer in close contact with former President Donald J. Trump.

“I can confirm that Ginni Thomas has agreed to participate in a voluntary interview with the committee,” her lawyer, Mark Paoletta, said in a statement. “As she has said from the outset, Mrs. Thomas is eager to answer the committee’s questions to clear up any misconceptions about her work relating to the 2020 election. She looks forward to that opportunity.”

Her cooperation was reported earlier by CNN. A spokesman for the committee declined to comment.

The committee requested an interview with Ms. Thomas in June, after it emerged that she had exchanged text messages with Mark Meadows, the White House chief of staff, in which she urged on efforts to challenge Joseph R. Biden Jr.’s victory in the 2020 election. She also pressed lawmakers in several states to fight the results of the election.

But it was Ms. Thomas’s interactions with John Eastman, a conservative lawyer who pushed Vice President Mike Pence to block or delay the certification of Electoral College votes on Jan. 6, 2021, that has most interested investigators.

“We are specifically investigating the activities of President Trump, John Eastman and others as they relate to the Constitution and certain other laws, including the Electoral Count Act, that set out the required process for the election and inauguration of the president,” the committee’s leaders — Representative Bennie Thompson, Democrat of Mississippi, and Representative Liz Cheney, Republican of Wyoming — wrote to Ms. Thomas. “The select committee has obtained evidence that John Eastman worked to develop alternate slates of electors to stop the electoral count on Jan. 6.”

The panel obtained at least one email between Ms. Thomas and Mr. Eastman after a federal judge ordered Mr. Eastman to turn over documents to the panel from the period after the November 2020 election when he was meeting with conservative groups to discuss fighting the election results.

That same judge has said it is “more likely than not” that Mr. Trump and Mr. Eastman committed two felonies as part of the effort, including conspiracy to defraud the American people.

Mr. Paoletta has argued that the communications between Ms. Thomas and Mr. Eastman contain little of value to the panel’s investigation.

Ms. Thomas’s cooperation comes as the Jan. 6 committee is entering its final months of work after a summer of high-profile hearings and preparing an extensive report, which is expected to include recommendations for how to confront the threats to democracy highlighted by the riot and Mr. Trump’s drive to overturn the election. Mr. Thompson, the chairman of the panel, said the next and likely final hearing would take place on Sept. 28.