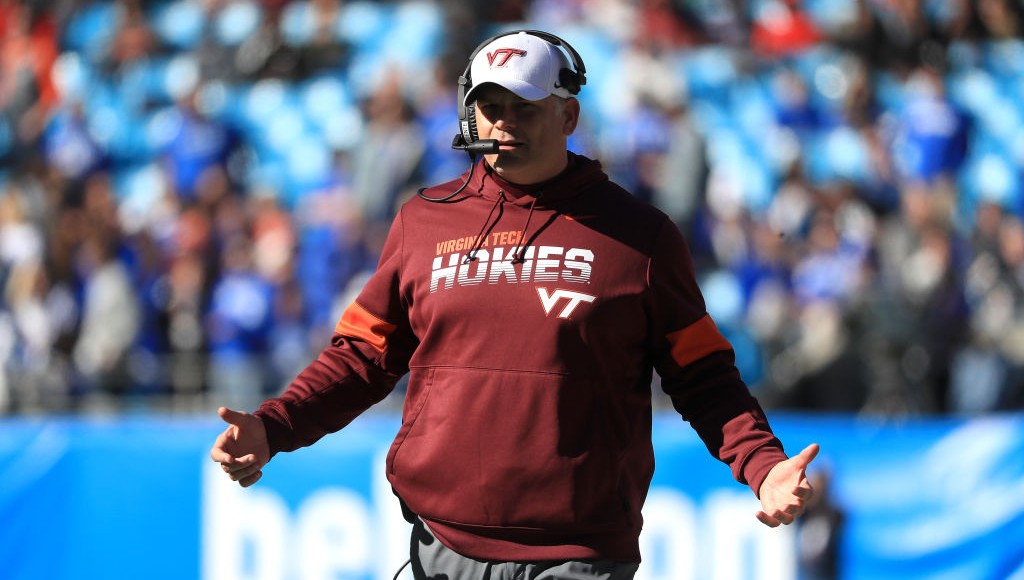 Virginia Tech played host to undefeated and 25th ranked Liberty on Saturday in Blacksburg, and the Flames showed why they are one of the best non-Power 5 teams in the country with a 38-35 win over the Hokies that saw one of the wildest endings to a game all season.

On 4th and 6 with eight seconds to play, Hugh Freeze trotted his kicker out for a nearly impossible 58-yard field goal that was blocked by Virginia Tech, scooped up, and run back for what would have been the game-winning touchdown. As such, pandemonium broke out in Blacksburg.

However, if you listen closely to the video, you can hear the whistles just before the snap — and the kicker even turns and points to the officials after the kick is blocked — as Virginia Tech coach Justin Fuente decided to call timeout and ice the kicker right before the play ran. Instead, he iced his kick block team and allowed Freeze to rethink his decision.

From there, Virginia Tech chose to play full Hail Mary prevent coverage, not even bothering to put someone on the receiver on the wide side of the field, which allowed Liberty to calmly throw an 8-yard out route to pick up a first down and move into actual field goal range with time still on the clock. Look at this!

After Justin Fuente nullified a game-winning block TD with a stupid timeout, he handed Liberty a free 8 yards so they could have a shorter FG to win. Look at this absurdity pic.twitter.com/VlPMu2Yamr

This time, Liberty’s kicker left no doubt — and made you realize why Freeze thought he might have the leg from 58 — when he boomed the ball through the uprights to beat the Hokies

The best part is the ESPN bottom line showing Virginia Tech as winning while Liberty’s game-winner floated through the uprights. It’s a horrific way to lose for Virginia Tech, but a reminder of why icing the kicker can go both ways and, more importantly, why with eight seconds left you can’t just not cover guys for Hail Mary coverage.