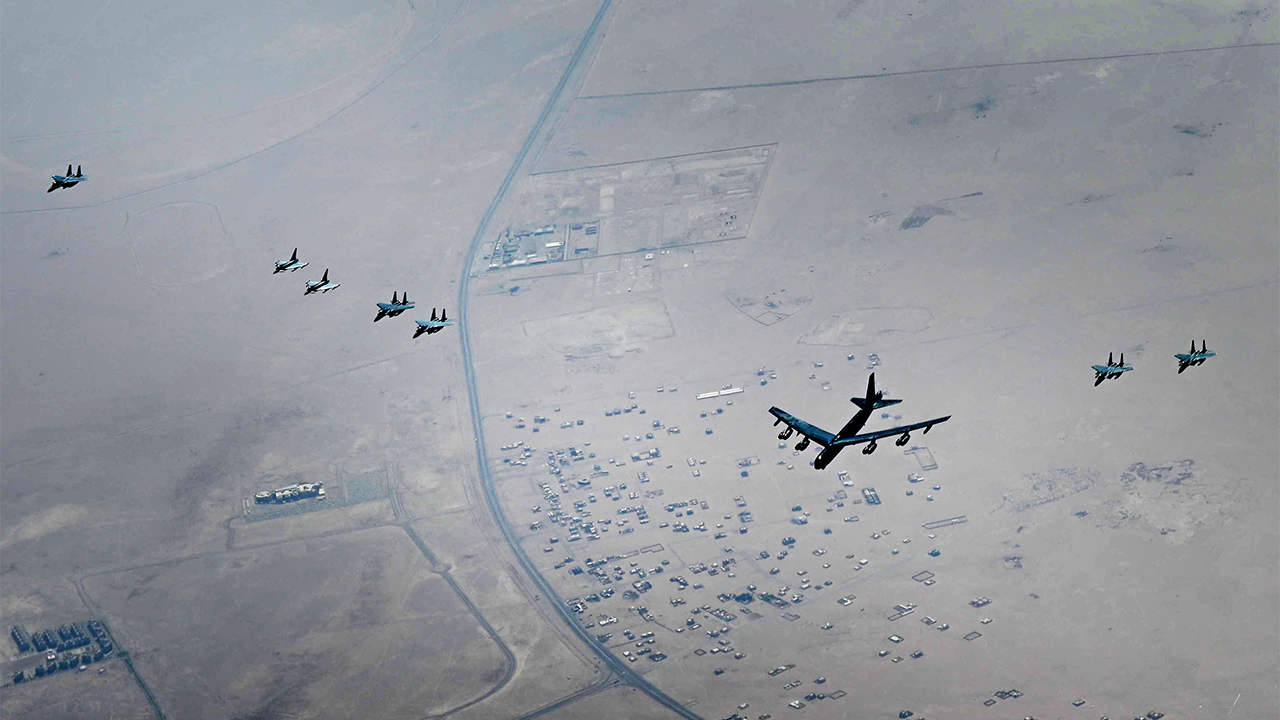 The US military flew two nuclear-capable B-52H Stratofortresses over the Middle East on Sunday alongside allied aircraft from the air forces of the United Kingdom, Kuwait and Saudi Arabia, US Central Command (CENTCOM) said.

It’s the fourth bomber task force (BTF) mission so far this year and comes amid increased tensions with Iran, which attempted to seize multiple US sea drones that were operating in international waters last week.

During Sunday’s mission, the B-52 long-distance bombers took off from England and flew over the Eastern Mediterranean, Arabian Peninsula, and Red Sea.

“This Bomber Task Force is a strong, clear representation of enduring US commitment to the region,” Lt. Gen. Alexus Grynkewich, 9th Air Force commander, said in a statement.

“Threats to the US and our partners will not go unanswered. Missions like this BTF showcase our ability to combine forces to deter and, if necessary, defeat our adversaries.”

As fighter jets from the United Kingdom, Kuwait, and Saudi Arabia escorted the B-52 bombers overhead, Army Central forces simulated firepower on the ground.

Washington D.C. has been negotiating with Iran for 16 months to try to revive the defunct Iran Nuclear Deal

Iran submitted a response to a US proposal to resurrect the accord last month, but a State Department spokesperson said it was “not constructive.”

An Iranian ship seized an American sea drone in the Arabian Gulf last Monday, but the Navy coastal ship USS Thunderbolt and an MH-60S Sea Hawk helicopter were dispatched to stop the seizure.

Then last Thursday, an Iranian warship seized and detained two US sea drones, but the U.S. 5th Fleet again dispatched two destroyers and a helicopter to deter them.

Paul Best is a reporter for Fox News Digital. Story tips can be sent to [email protected] and on Twitter: @KincaidBest.