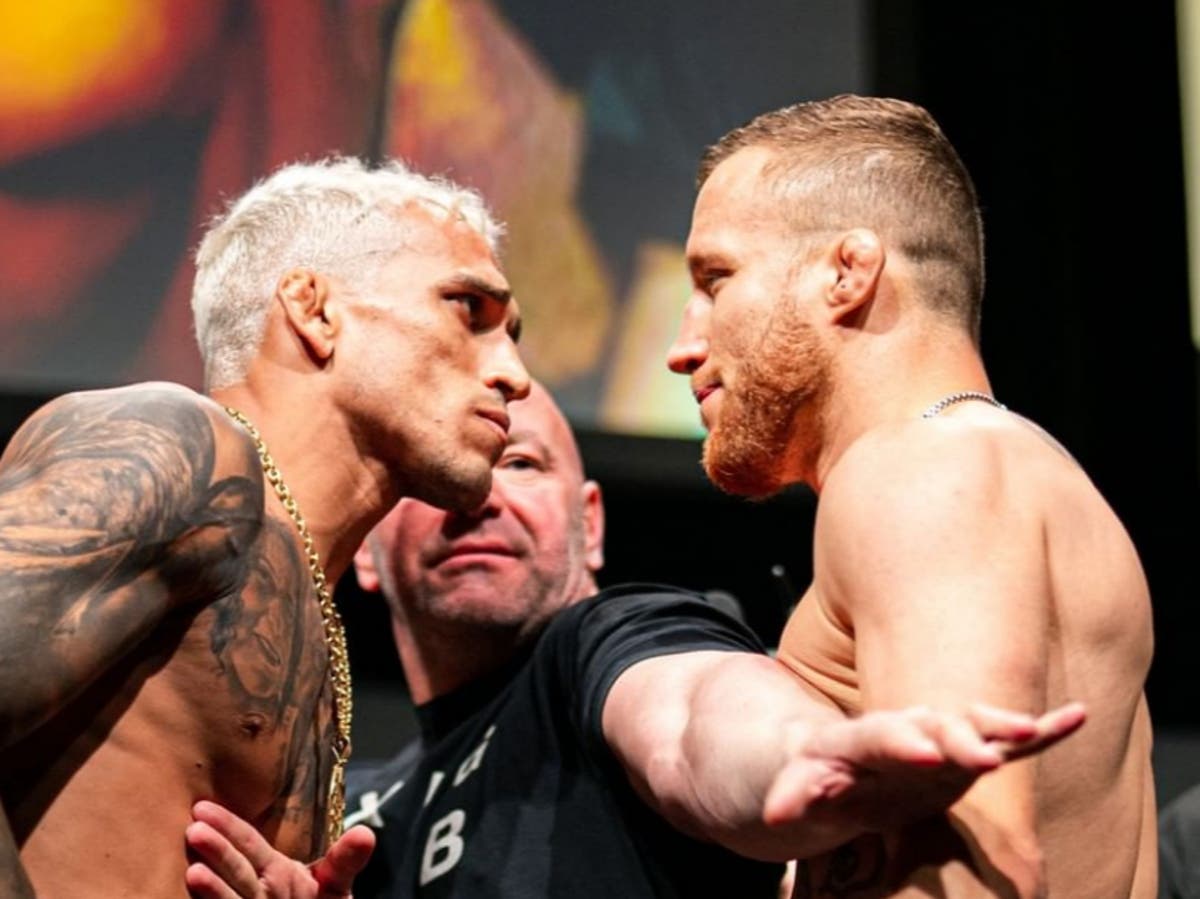 UFC 274 takes place in Phoenix, Arizona this evening, with two title fights topping a card that also features a highly-anticipated clash between fan favourites. However, one of those title fights comes with an unexpected twist.

In the main event, Charles Oliveira was set to defend the lightweight belt against former interim champion Justin Gaethje, but the Brazilian missed weight by half-a-pound on Friday and was stripped of the title. Oliveira is now also ineligible to win back the belt tonight, though Gaethje can still claim the gold. In the co-main event, Rose Namajunas is out for revenge against Carla Esparza. Namajunas is in her second reign as strawweight champion, while Esparza – who submitted her fellow American in their first meeting – was the division’s first ever title holder and is out to emulate Namajunas by winning the belt for a second time.

Those fights follow a match-up that pits Chandler against Tony Ferguson as both lightweights look to get back in the win column. Chandler has lost his last two bouts, while former interim champion Ferguson is on a three-fight losing streak. A win for either American could propel them back into the title picture, however, given each man’s name value.

Follow live updates from the UFC 274 main card and prelims, below.

Chandler has lost his last two contests – but came close to winning both – while Ferguson is on a three-fight losing streak.

Next up, it’s Michael Chandler vs Tony Ferguson…

On paper, this one could rival the main event as a fight of the night contender…

Rua vs Saint Preux – Round 3

Harsh body kick from Rua. Saint Preux responds with a couple of sharp left straights. He flicks a front kick into Rua’s midriff.

OSP then grazes Rua with a head kick. The Brazilian’s face is pretty busted up now.

Rua vs Saint Preux – Round 2

Apologies, some technical difficulties left us unable to report on Round 1! We’re back now, though!

Southpaw OSP keeps trying to slap away Rua’s lead hand, which the Brazilian is pawing out.

OSP blocks a high kick. He plods forward as Rua skips around the ring. A left hand lands for Rua after he catches a high kick!

That sequence happens about three times in a row… Rua then backs up OSP against the fence and drills a right straight into the American’s face.

OSP stabs a front kick into the gut of Rua.

Next up is a light-heavyweight rematch between Ovince Saint Preux and Mauricio ‘Shogun’ Rua.

In 2014, OSP knocked out Rua in 34 seconds. Can the former champion exact his revenge here?

A close fight that could have gone either way!

Brown vs Williams – Round 3

The round ends against the cage wall. To the judges’ scorecards we go…

Brown vs Williams – Round 3

Williams’ head coach is really shouting at him, getting the welterweight amped up!

Brown appears to graze Williams with a front kick to the head. Right hook lands for Brown.

High output from the Jamaican-American at the moment, but he’s caught with a counter right hand and hits the deck!

Brown is able to stand, and now he peppers Williams with shots! Williams looks tired and a bit hurt!