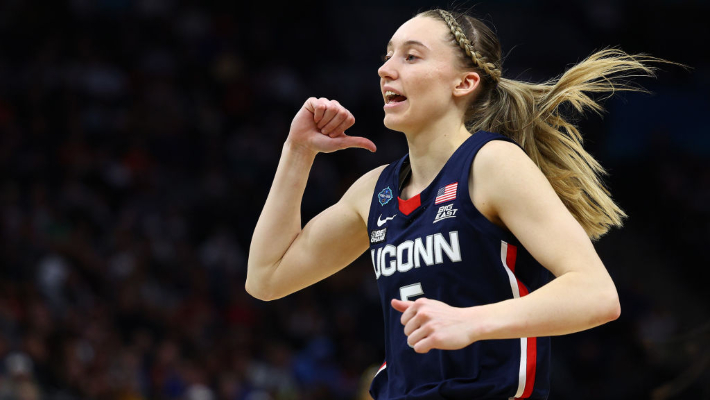 The UConn Huskies will not have the services of their national player of the year when the 2022-23 college basketball season tips off. The program announced on Wednesday afternoon that star guard Paige Bueckers, who is about to begin her junior year in Storrs, suffered a torn ACL in her left knee on Monday while playing pickup basketball.

As a result of the injury, Bueckers, who was named an AP All-American honorable mention last year but earned unanimous All-American honors during her freshman campaign, will need to undergo surgery on Friday and won’t be able to take the floor this year.

“We’re all devastated for Paige,” Huskies coach Geno Auriemma said in a statement. “She’s worked really hard to get stronger and healthier this offseason, and this is an unfortunate setback. Paige is obviously an amazing basketball player but she’s a better person and teammate and it’s really unfortunate that this has happened to her. We’ll miss her presence on the court, but she’ll do everything she can to still lead and help her teammates this season. Our program will support Paige through her healing process to help her come back better and stronger.”

Bueckers suffered a left knee injury last season that led to her missing nearly three months of action — she required surgery to repair an anterior tibial plateau fracture and lateral meniscus tear. After a brilliant freshman season that saw her get named the nation’s best player by the Associated Press and a number of other organizations, Bueckers was limited to 17 games as a sophomore.