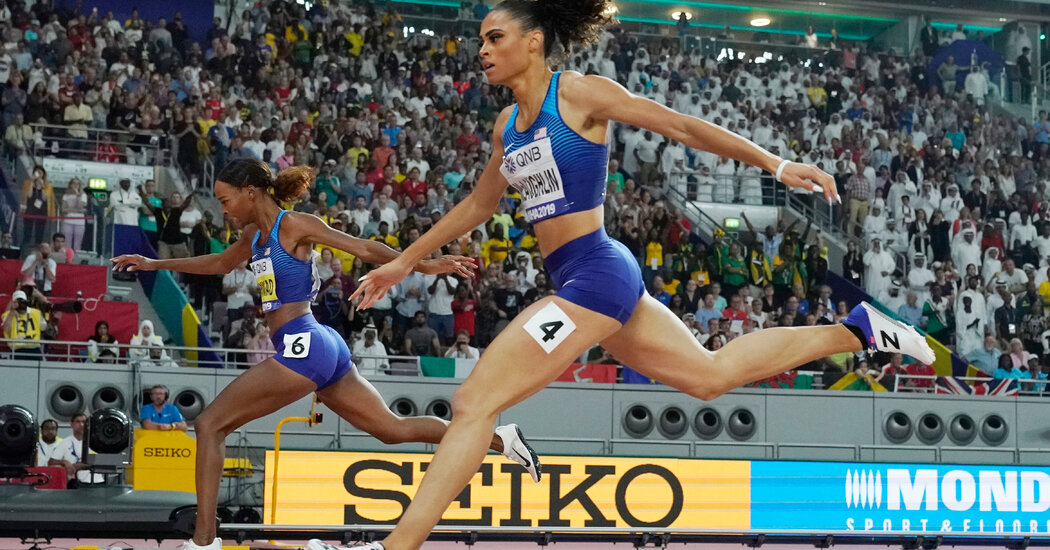 And Sam Kendricks, who has won back-to-back world men’s pole vault championships, is the heavy favorite in Oregon. His toughest competition figures to be in Tokyo, where Mondo Duplantis, who grew up in Louisiana but competes for Sweden, will be waiting. Duplantis, 21, already owns the world record but is seeking his first Olympic gold.

How about a few must-see events?

No, we didn’t forget about Noah Lyles, the world champion in the men’s 200 meters. Lyles wants to double in the 100 and 200 meters in Tokyo, and his 100-meter form has been coming along slowly. He will face a loaded 100-meter field in Eugene, Ore., headlined by the likes of Trayvon Bromell, who has run the fastest time in the world this year, and Justin Gatlin, the five-time Olympic medalist who has twice been suspended for doping. Americans have the six fastest 100-meter times in the world this year — and Lyles is not among them.

The field in the men’s 1,500 is also competitive. Matthew Centrowitz, the 2016 Olympic champion, was injured last year and benefited from the postponement. Craig Engels is the 2019 national champion, but he is equally renowned for his mullet. There is also a group of up-and-comers headlined by Cole Hocker, fresh off an N.C.A.A. title at Oregon, and Hobbs Kessler, the fastest high school miler ever.

The most anticipated showdown, though, could materialize in the women’s 400-meter hurdles. At the 2019 world championships, Dalilah Muhammad, 31, had to break her own world record to outrun Sydney McLaughlin, one of the sport’s rising stars. Muhammad, the Olympic champion in Rio, has been working in recent weeks to return to form after injuring her hamstring. McLaughlin, 21, spent much of the spring fine-tuning her speed and technique while competing in the 100-meter hurdles. If both athletes are healthy, their final — held on the final day of the meet — should be a highlight.

The trials got a harsh dose of reality this week when Shelby Houlihan, the American record-holder in the women’s 1,500 meters, was suspended from competing for four years after she had tested positive for an anabolic steroid. Houlihan has maintained her innocence, claiming she had eaten tainted pork from a food truck, and there is a chance she still makes the starting line in Eugene. As of Thursday, she was listed as an entrant in both the 1,500 meters and the 5,000 meters. A spokeswoman for U.S.A. Track and Field said in a statement that an athlete can “continue competing” while appealing a suspension.