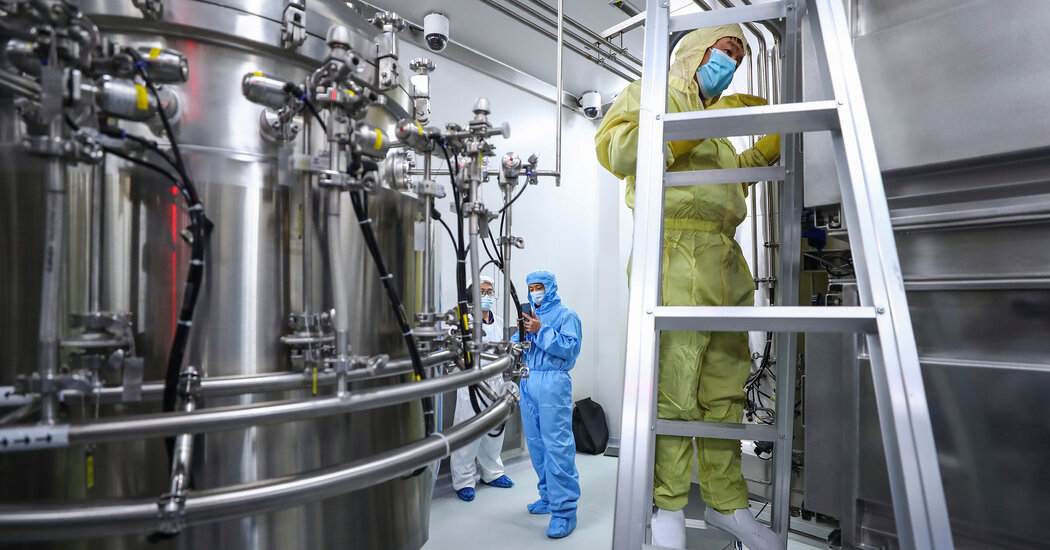 The need for clarity on the safety and efficacy of China’s vaccines has taken on more urgency after Sinopharm revealed it had already vaccinated roughly a million people even before the completion of clinical trials. The campaign has alarmed overseas scientists who say it exposes people to undue risks.

Chinese officials have repeatedly assured the public that the country’s coronavirus vaccines are safe, while providing few details. Last month, Liu Jingzhen, the chairman of Sinopharm, said that no one among the people who had received the company’s vaccines had experienced any adverse reactions. He said that “only a few had mild symptoms.”

Confused by the all technical terms used to describe how vaccines work and are investigated? Let us help:

In October, Zheng Zhongwei, a senior health official, said the government had established a “follow-up program” to track the people who had been vaccinated, though he gave no details.

Sinovac Biotech, a Beijing-based private vaccine maker, has already begun exporting its vaccines to countries like Indonesia and Brazil. Sinopharm, which has another vaccine in late-stage testing, has said it is preparing to deliver 500 million doses worldwide, according to the state-run newspaper Science and Technology Daily.

It is unclear whether the Emirates will start using the Chinese vaccine — which Sinopharm developed with the Beijing Institute of Biological Products — for mass inoculations. The government had already approved the vaccine for emergency use in September for frontline workers at risk of contracting Covid-19.

Some other countries where Sinopharm is conducting trials are counting on Chinese vaccines to help protect their populations. Morocco says it is preparing to vaccinate 80 percent of its adults, relying initially on a Sinopharm vaccine, though it would wait for China to approve the vaccine, according to Médias24, a Moroccan news website.

The Chinese vaccines are also appealing to developing countries because they could be easier to distribute. Sinopharm has said its vaccines need only be refrigerated at temperatures of 2 to 8 degrees Celsius (or 35 to 46 degrees Fahrenheit) and could remain stable for up to three years. In contrast, Pfizer and Moderna’s vaccines, which are made with genetic materials that fall apart when they thaw, require industrial freezers, making transportation and storage more challenging.