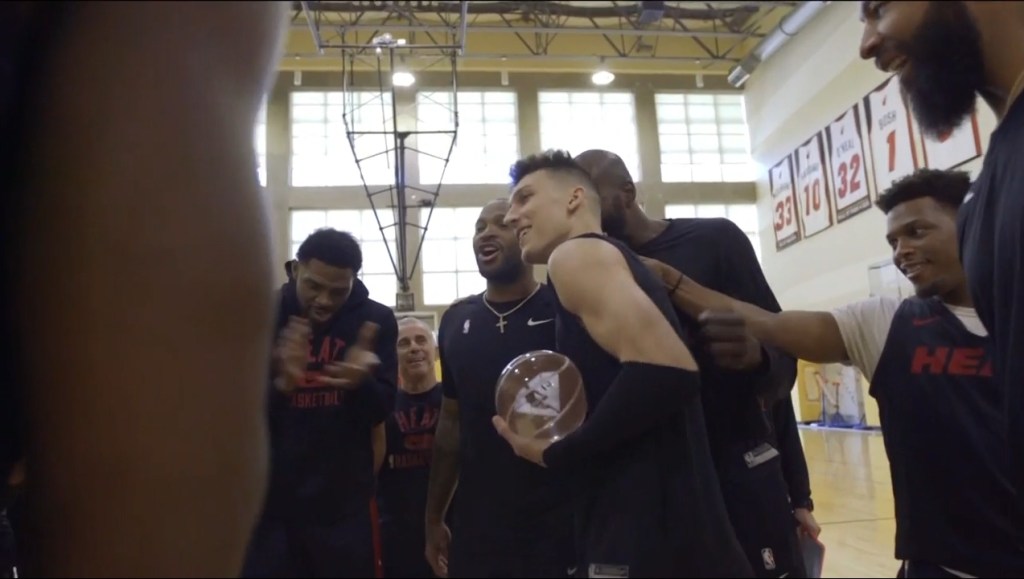 The NBA’s Sixth Man of the Year award is headed to Miami. The league announced on Tuesday evening that Miami Heat guard Tyler Herro is the first player in franchise history to earn the distinction, as he beat out fellow finalists Kevin Love of the Cleveland Cavaliers and Cameron Johnson of the Phoenix Suns.

Herro was presented the award by Heat teammate Udonis Haslem, who praised the youngster for accepting his role in Miami when he could have a more prominent role elsewhere.

Shortly after the news was announced, the NBA showed how the voting bore out, with Love coming in second and Johnson coming third. Herro blew away the remainder of the field, earning 96 out of a possible 100 first-place votes and appearing in the top-3 on every ballot.

Herro, the No. 13 overall pick in the 2019 NBA Draft, burst onto the scene in the league’s Orlando Bubble during his first season and took a step forward during his sophomore campaign. In 2022, Herro came off the bench in 56 of the 66 games in which he appeared, but still managed to be one of the Heat’s top scorers — Herro averaged 20.7 points per game, a career-best mark and second only to Jimmy Butler on the team. Beyond his scoring, Herro doled out a career-high four assists a night.