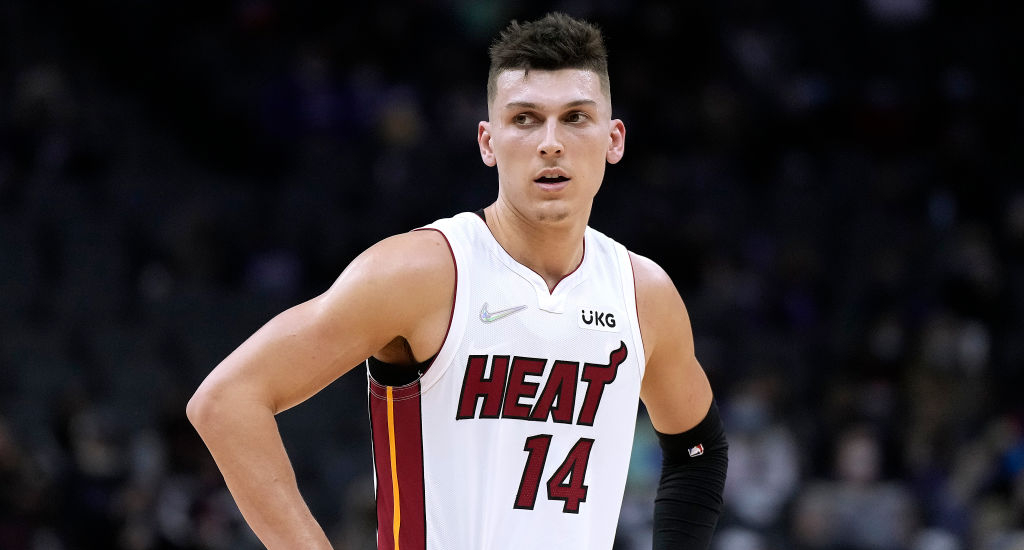 Miami Heat guard Tyler Herro had himself a night on Wednesday. In Miami’s 115-91 win over the Atlanta Hawks, Herro had a team-high 21 points to go along with 11 assists and 9 rebounds. Had Herro been able to snag one more rebound, he would have had his first career triple-double.

Herro, in fact, had a chance to get a rebound late in the fourth quarter, but as he went up for it, so did his teammate, Omer Yurtseven. Unfortunately for Herro, Yurtseven is significantly taller, so he pretty easily goes up and takes the rebound away from Herro. The best part is that it happened down by the Miami bench, who were keeping close track of Herro’s triple-double watch, and you can see a group of them get get very mad at Yurtseven for denying Herro a shot at his triple-double.

“I don’t know if you noticed the Heat bench a moment ago jump up as Yurtseven wrestled the rebound away from Tyler Herro who happens to be two rebounds shy of a triple-double,” Eric Reid, the Heat’s play-by-play man said on the broadcast. “The Heat bench, apparently aware of those numbers.”

To put some salt in the wound, Herro had two more chances late to secure that elusive 10th rebound. One was tipped away to an Atlanta player and then he grabbed what would have been his tenth after the final buzzer.

Maybe next time, Tyler, but for now he’ll have to settle for a lopsided 115-91 win over their divisional rival.