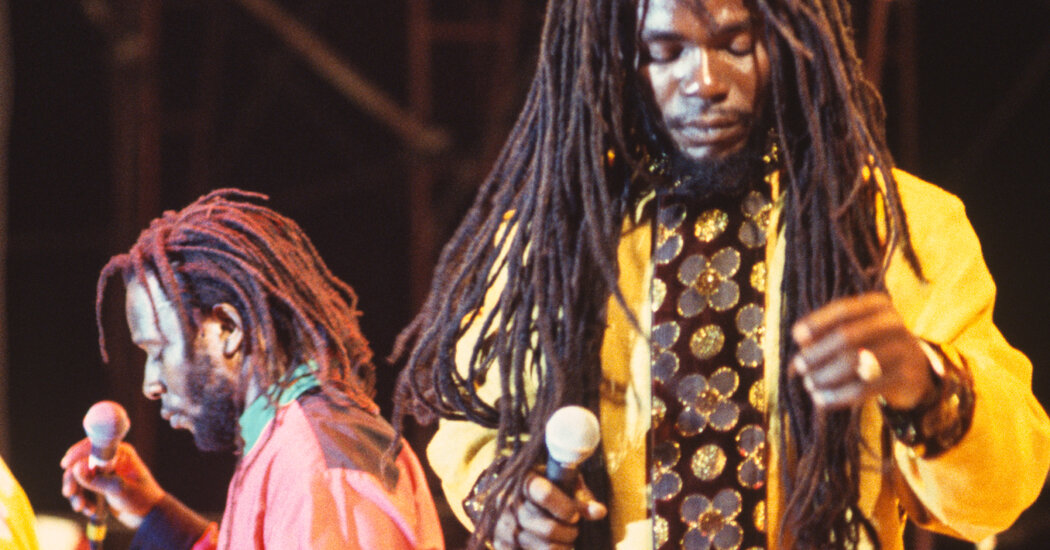 Fitzroy Ogilvie Matthews Simpson was born on May 10, 1951, in Kingston. His father, Burnett Simpson, moved to England when Fitzroy was young. His mother, Monica Matthews, owned a shop.

His wife, Sylvia Simpson, died in 2017. He is survived by his sister, Lorna Howell; his brother, Lloyd Howell; his daughters, Ronece Simpson and Rosemarie Simpson; his sons, Allan Simpson and Omar Simpson; and six grandchildren.

Although the members of the Mighty Diamonds all knew one another in school, it was only later, as young men working in Kingston, that they came together as a group. They originally called themselves Limelight, but they changed the name, and adopted their stage names, after Tabby’s mother started calling them the Diamonds.

“Bunny, he lived by my house,” Tabby Diamond said in the 2008 interview. “And we thought maybe we can do something together, so we starting singing together. Then, one night we were passing and Bunny was singing and Judge heard him and said, ‘I want to play the guitar to that.’ So we played a few songs together one night and we said, ‘Yes, things can work, things can work out.’”

After 40 years of recording and touring, the Mighty Diamonds slowed down in the early 2010s, but they continued to record. They received the Order of Distinction from the Jamaican government, one of the nation’s highest civilian honors, in 2021.