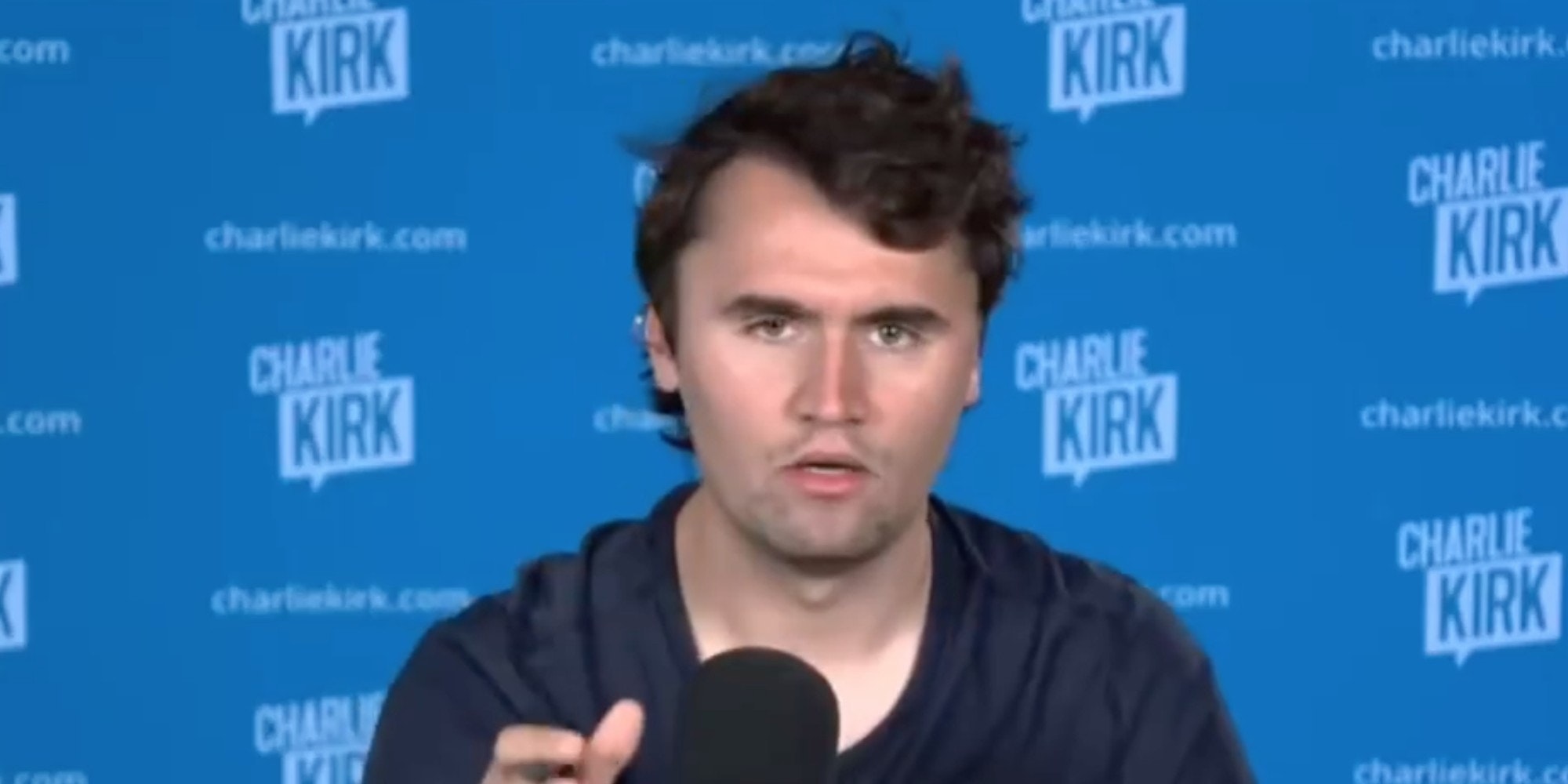 Twitter users were questioning on Tuesday why Charlie Kirk, the conservative founder of the student organization Turning Point USA (TPUSA), looked “like sh*t.”

A video of Kirk, in which he argues that “the Left has always hated Thanksgiving,” caught the attention of social media users due to the activist’s disheveled appearance.

The jokes came in not long after, with users mocking Kirk’s tirade about the upcoming Nov. 26 holiday.

“Charlie’s hair has always hated his head, and now it’s using the virus as an excuse not to be present on his head,” @RHOClownShoes said.

Numerous self-described left-leaning Twitter users also pushed back on Kirk’s arguement by claiming that Thanksgiving was in fact their favorite holiday.

“Thanksgiving is my favorite holiday you cuck,” @AlNastyWithIt said.

Memes surrounding Kirk’s look also began popping up, with users comparing the conservative to an assortment of characters.

Users also noted that Kirk’s spiel was just a rehashed version of the “War on Christmas” argument made by conservatives every year.

“I didn’t know we were doing a War on Thanksgiving—I’ve been busy drawing up battle plans for the next phase in the War on Christmas,” @willkelley613 joked.

The footage was taken from a Tuesday live stream of The Charlie Kirk Show on YouTube. Users watching the live stream also made it a point to reference Kirk’s hair as well.