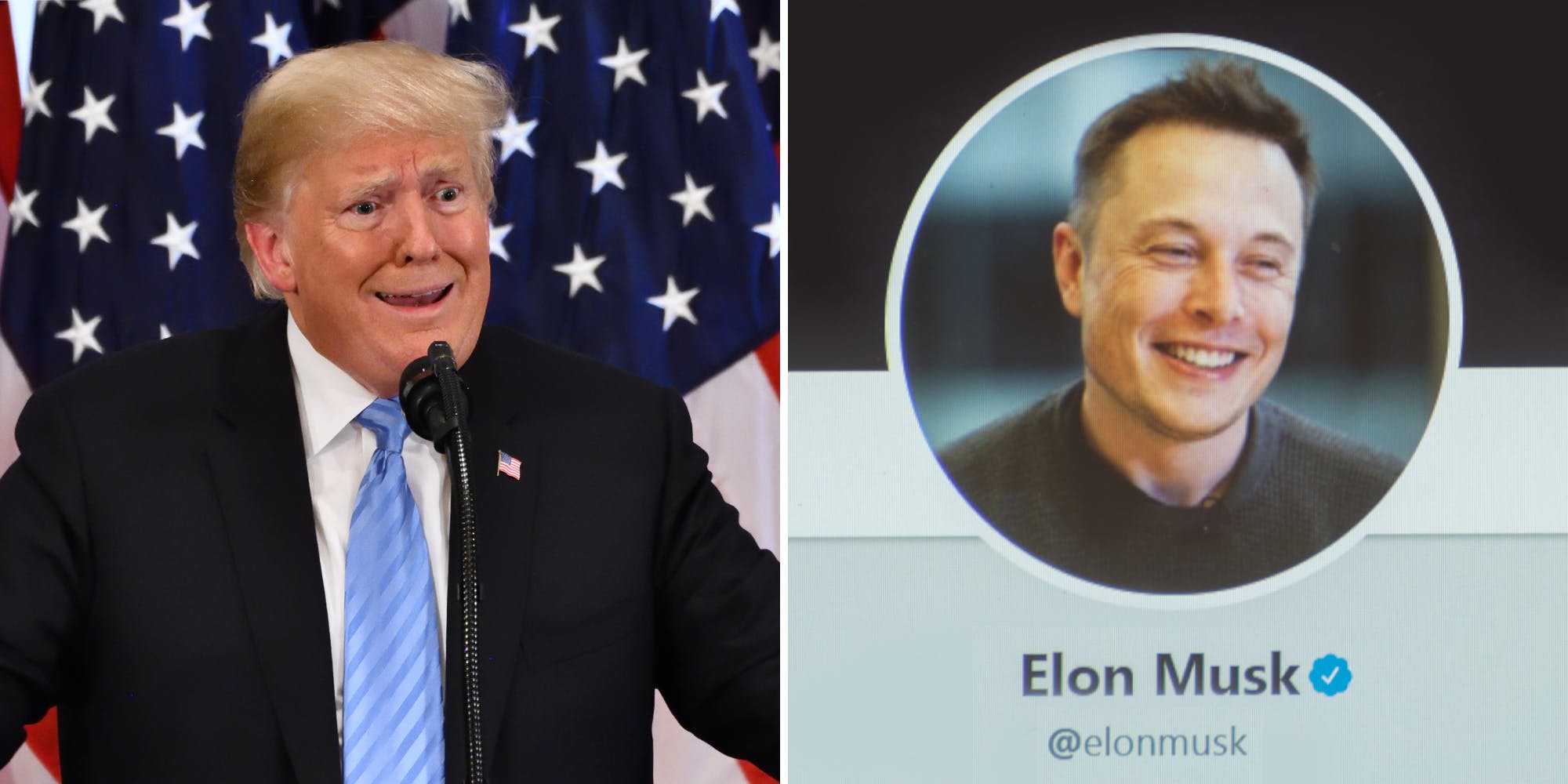 On Monday, news broke that Elon Musk purchased nearly $3 billion of Twitter’s stock in mid-March. With 9.2% of its shares, one of the world’s richest people is now Twitter’s largest shareholder. The news caused the price of Twitter’s stock to soar 26%.

Now the internet is awash with rumors that Musk will use his influence at the company to change how it self-governs. Many want him to reinstate suspended accounts, particularly that of former President Donald Trump.

Twitter permanently suspended Trump two days after the Capitol riot. “After close review of recent Tweets from the @realDonaldTrump account and the context around them we have permanently suspended the account due to the risk of further incitement of violence,” the company said at the time.

Politicians, journalists, and former Trump aides are all speculating about what Musk’s purchase of Twitter stock entails for the future of the company. Many tweeted the phrase, “Make Twitter great again,” a play on Trump’s 2016 campaign slogan.

Some are hoping that Musk’s purchase of Twitter stock means that suspensions will also be lifted for other groups the platform has cracked down on in recent years.

“Bring back all our accounts, Trump’s account, all Republicans candidates and anti-vaxxers,” a QAnon conspiracy theorist wrote on Telegram on Monday.

Speculation about Twitter’s future now that Musk is involved is fueled in part by his public statements. In late March, he blasted Twitter for “failing to adhere to free speech principles,” which he said “fundamentally undermines democracy.”

As a private company, Twitter is not bound by the First Amendment. But Musk argued it’s become a “de facto public town square,” and thus should be required to comply with the Constitution.

Even if his suspension is lifted, it’s not clear Trump will return to Twitter, however.

Trump launched his own social media platform, Truth Social, earlier this year. Getting back on Twitter would arguably hurt the trouble platform’s ability to attract new users, as many believe Trump is its biggest draw, should he ever begin actively using his account.

In any case, Musk hasn’t revealed what plans, if any, he has for Twitter.

Some noted that Musk’s shares are passive, so he doesn’t control Twitter. Bloomberg reports, “The type of form used [in Musk’s purchase] often indicates the investor isn’t seeking to acquire control of a company, or to influence who controls it.”

Many nevertheless believe that Musk has plans for Twitter’s future. Tech analyst Dan Ives told CNN, “I think he intends to go active and force change at Twitter. This is a shot across the bow at Twitter’s board and management team to start discussions.”

Not everyone is thrilled by the prospect of Trump’s and others’ return.

“…[T]his will almost certainly lead to a buyout, which mean [Musk] WILL effectively own Twitter,” @GameDadJP tweeted, “and he’s guaranteed to bring back Trump and a lot of other shitty, suspended accounts.”