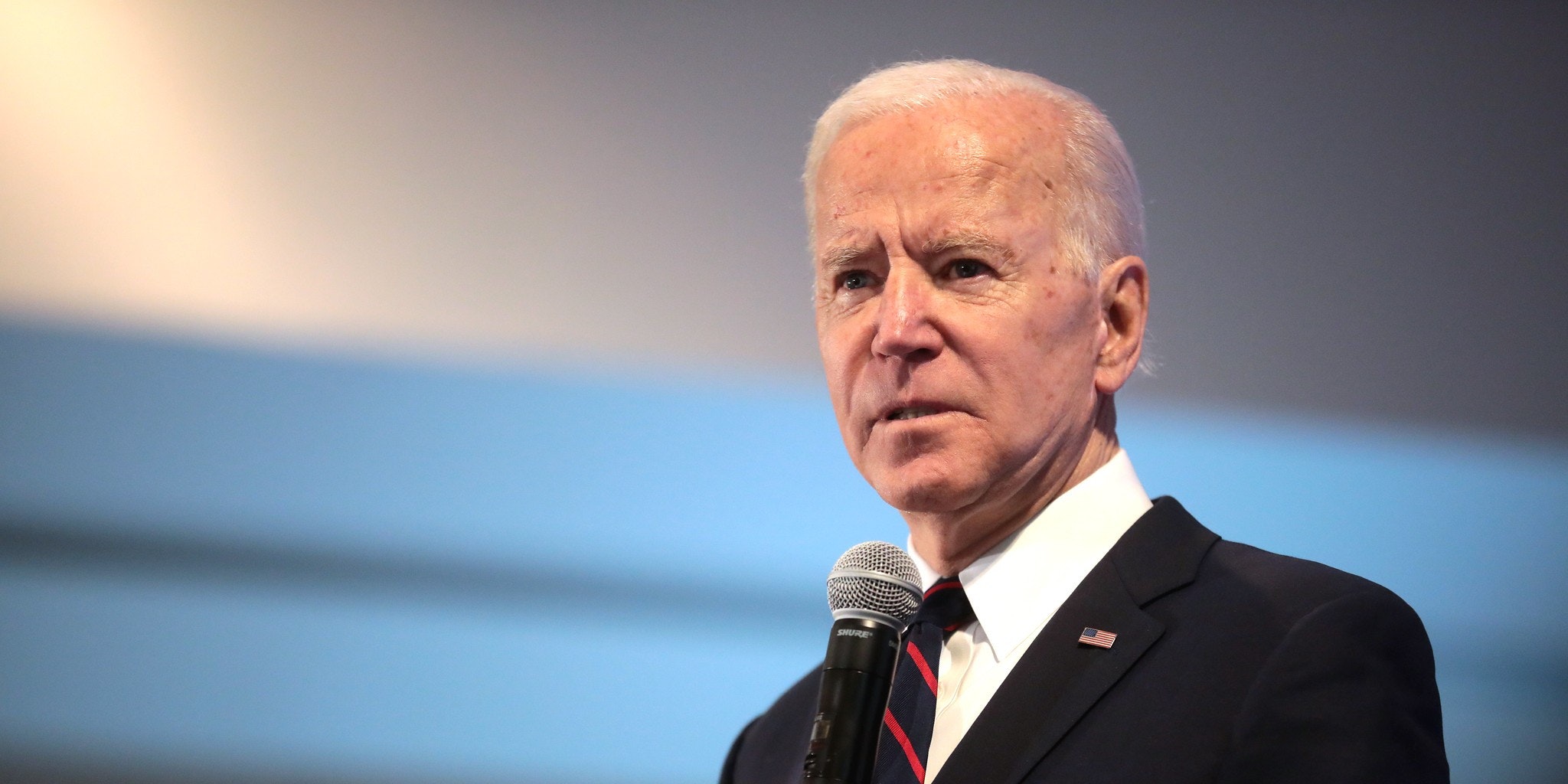 On Thursday, President Joe Biden ordered an airstrike in Syria on what it said were Iran-backed militias who were behind recent attacks on Americans and allies in Iraq.

The attack targeted facilities near the Iraq-Syria border, the New York Times reports. According to Military Times, a United Kingdom-based group that monitors the war in Syria reported that 22 fighters were killed.

The Biden administration is framing the airstrike as carefully calibrated and intended to send the message that it will defend Americans and its allies stationed in the region.

Many on Twitter, however, viewed the attack as contradicting the messages of justice and equality that Democrats have been conveying for years, as evidenced by its appropriation of feel-good slogans like, "Love is love," "No human is illegal," and "Kindness is everything."

It also didn't go unnoticed that Vice President Kamala Harris just made history as the first female person of color to occupy the second most powerful seat in government when the United States carried out a deadly attack. The commentary was far from flattering.

"The first airstrike with a POC of woman as Vice President," said @HITWOM4N. "I'm crying."

Some liberals leapt to Biden's defense in ways that left others speechless.

"So different having military action under Biden. No middle school level threats on Twitter," tweeted Amy Siskind. "Trust Biden and his team's competence."

Siskind deleted the tweet, but not fast enough. Screenshots of it circulated widely, earning mockery and condemnation from both sides of the aisle. Others who had similar takes received the same treatment.

A little more than a month into Biden's presidency, Americans have yet to receive any of the additional stimulus payments to help with the economic fallout of the COVID-19 pandemic.

Twitter wasted no time pointing out that they did find the resources to blow up a militia on the other side of the planet.

"Was promised a $2000 stimulus check and all I got was a drone attack on Syria," joked Jack McGuire. “'America is back.'”

"Biden’s administration has enough money to drone Syria but not enough to cut a stimulus check," tweeted @snailholder.

Relations between the U.S. and Iran have been on uncertain ground since former President Donald Trump withdrew from the nuclear pact in 2018.

Biden has sought to renew nuclear talks with Iran. It remains to be seen how this attack may influence the likelihood of this.

The militia the airstrike targeted has reserved the right to retaliate, Military Times reports.

Claire Goforth is an award winning journalist covering politics and justice from her home base in Jacksonville, Florida. Her work has appeared in publications ranging from regional alt-weeklies to the Guardian.