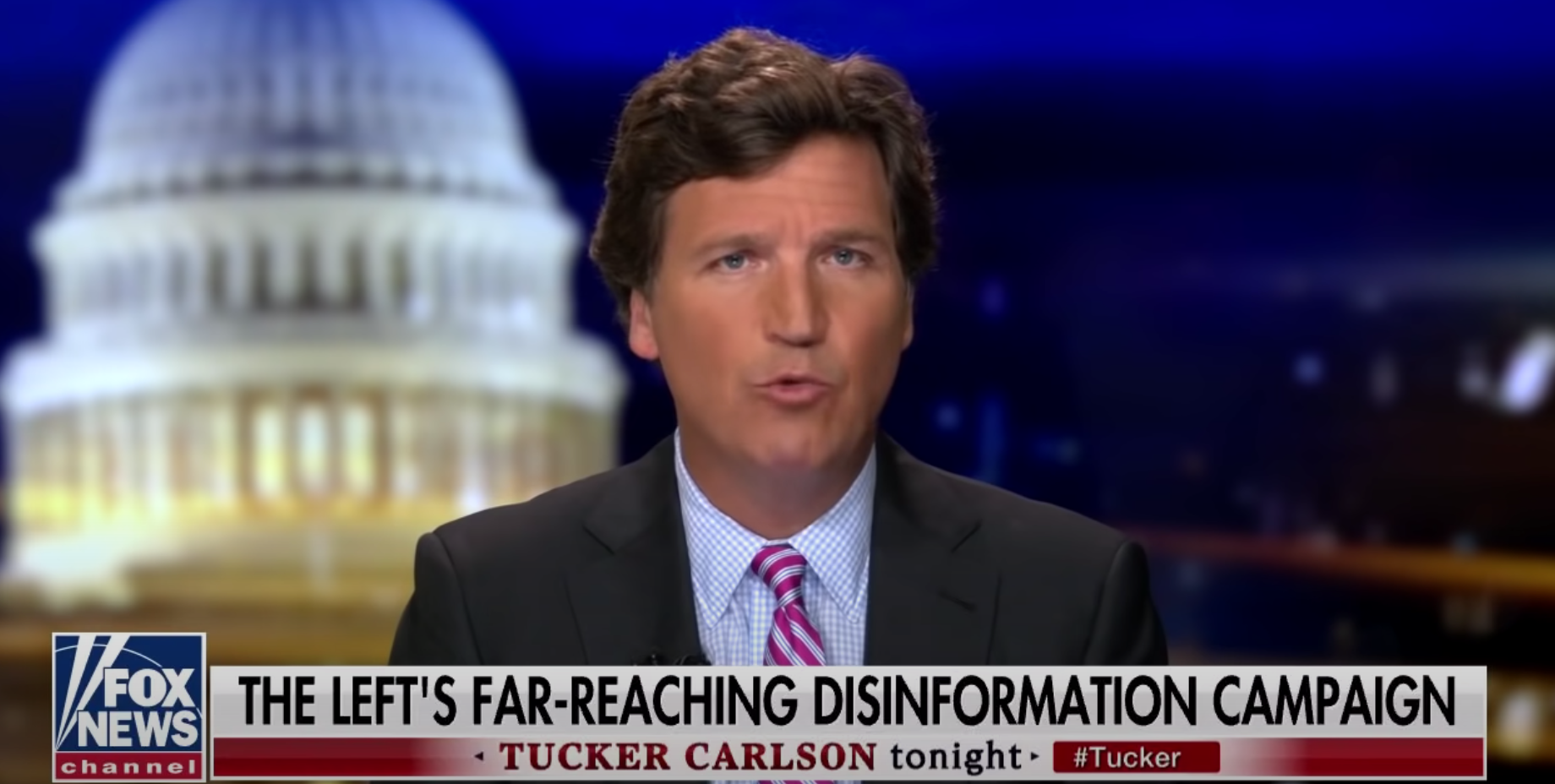 Although it’s still unknown who originally began posting as QAnon, it’s very easy to trace the movement’s growth from messageboards on 4chan to a nationwide force that fomented the rage which spawned the Capitol riot years later.

It's been reported on for years, with the Daily Dot first covering QAnon back in November 2017, just a month after it first spawned.

Since then, countless reporters have been spent days, weeks, months, and years covering the news.

After 24 hours of looking though, the team at Tucker Carlson couldn't find anything on it, apparently, and decided that's proof it's not real.

In a segment on his show last night, Carlson said his team spent one whole day looking for Q posts, couldn't find it, and now believes it is essentially a hoax.

"We spent all day trying to locate the famous QAnon, which in the end we learned is not even a website. If it's out there, we could not find it"

The segment came as part of a larger segment on "disinformation" and the left and racial justice.

Given that some search engines have deprioritized QAnon content, a cursory search won't get you there. But it's not terribly hard to get to 8kun, where QAnon posts. Google won't serve it to you on the first page and numerous sites don't link to it. But it's 8kun dot top. There's a Qresearch board. And viola, Q's last post.

It's not difficult at all. And while no one expects Carlson to be a purveyor of truth, the fact that his entire staff can't do what takes the average reporter a half-second to accomplish and call it journalism shows just how little Carlson cares about informing his viewers.