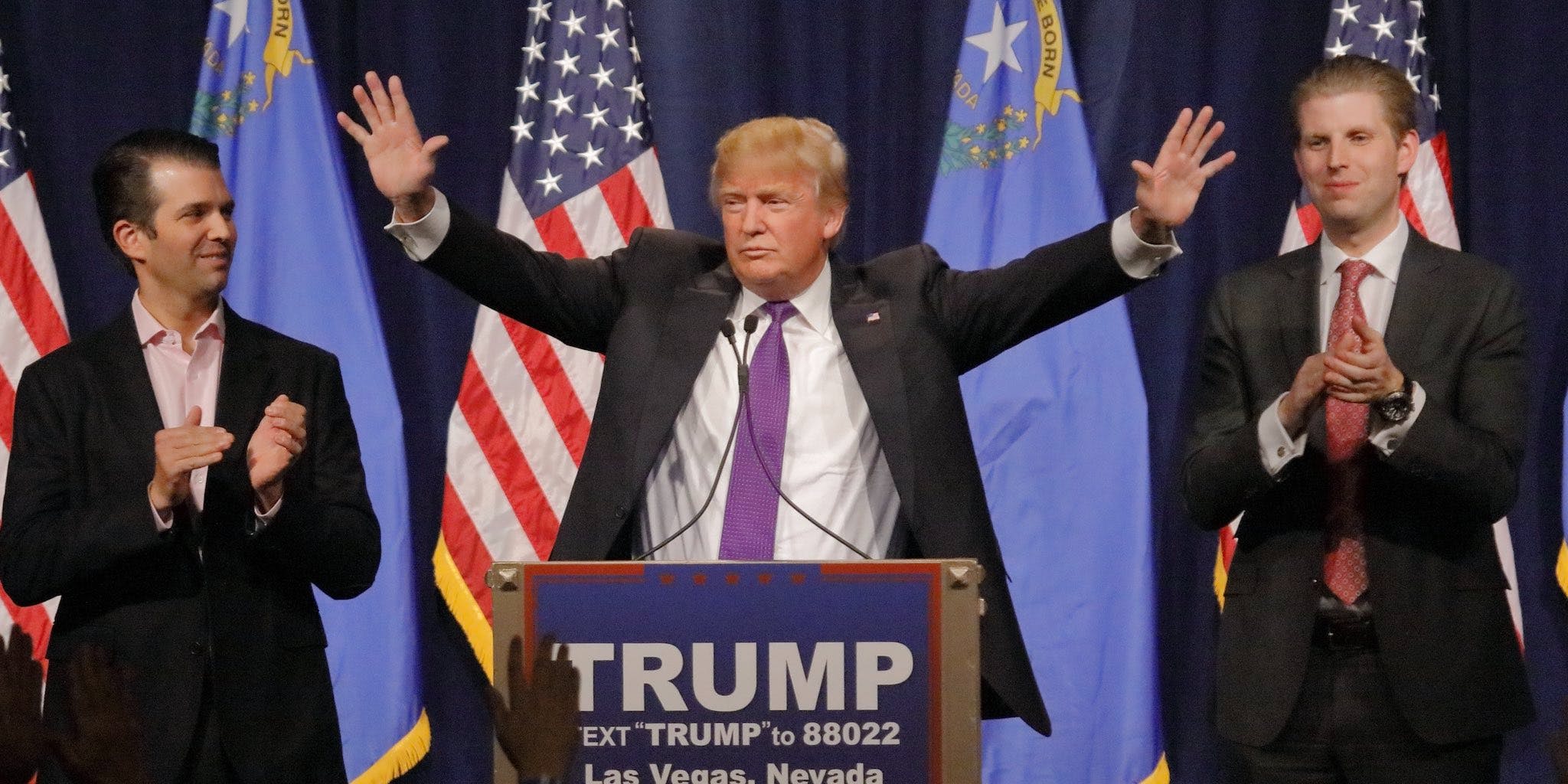 Former President Donald Trump’s sons finally managed to get accounts on Truth Social more than a month after the social media platform’s launch.

Both Donald Trump Jr. and Eric Trump made their first posts on Wednesday, leading to an influx of followers from the app’s ardent userbase.

Trump Jr., who now has more than 118,000 followers, welcomed his new followers to his verified profile.

Since joining, Trump Jr. shared an additional eight posts, known on the platform as “Truths.”

Trump Jr. shared everything from a meme of Jada Pinkett Smith with a mouth full of hotdogs, a reference to their possible open relationship conservatives have mocked and husband Will Smith’s recent assault on comedian Chris Rock, to a post about Hunter Biden’s laptop.

The banner image chosen by Trump Jr. is that of an individual being hung from a helicopter incorporated into Biden’s name, a reference to the debunked conspiracy theory that the Taliban killed a man by hanging him from a U.S. helicopter.

Eric, on the other hand, gained a little over 91,400 followers since making his first Truth.

With just five posts made so far, Eric opted to make numerous references to former Secretary of State Hillary Clinton, one of which includes a meme of Trump stating that he is “suing Hillary.”

Eric also asked his followers to help him come up with a name for a hard cider that could be added “seasonally to Trump Winery.”

It remains unclear why the former president’s sons only just now made their way onto the platform, which has been beset by numerous issues since the beginning.

Within hours of Trump’s announcement last October that he would be releasing a social media platform, hackers were quickly able to find the app’s mobile beta and register accounts under the names of Trump and other high-profile individuals.

Despite pulling down and relocating the website hosting the beta, the domain was discovered yet again just two months later in December. Although the beta site was moved once more, the Daily Dot located it and registered an account using the handle @realDonaldTrump on the day before the app’s official release.

But even with the release, users found themselves stuck on an ever-expanding waitlist. As of today, countless users have still been unable to gain access. Truth Social stated that its plan is to slowly let new users in over a period of time.

Questions also remain over the former president’s inactivity on the app. Trump has only made one post since mid-February. Trump’s more militant followers also expressed outrage over the app’s moderation guidelines.

Even with big-name conservatives and popular QAnon promoters present on the app, the future success of Truth Social is still up in the air.