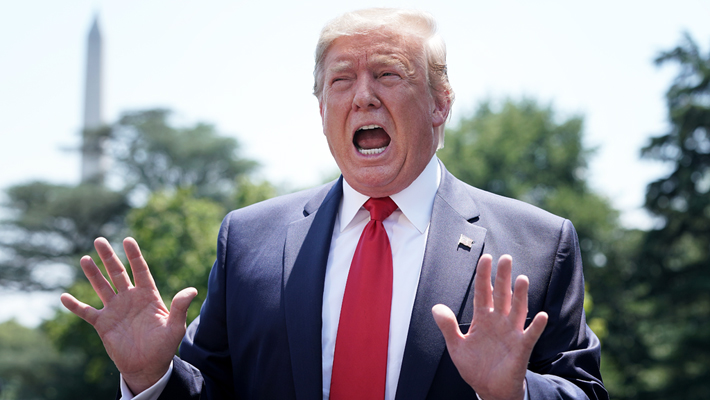 The world of horse racing was hit by a scandal earlier in the day on Sunday when news broke that Kentucky Derby winning horse Medina Spirit failed a post-race drug test. Medina Spirit tested positive for higher than usual levels of betamethasone, and as a result, the horse will have another sample tested that could determine whether or not its win at Churchill Downs will be thrown out.

There are plenty of gigantic ramifications that could come as a result of this — namely that its trainer, Bob Baffert, had set the all-time record when Medina Spirit became his seventh horse to win the Derby. Far down the list of ramifications is that it allowed former president Donald Trump the opportunity to remind people that he really misses having internet platforms to opine on things, as he released a statement in which he called Medina Spirit “a junky” and made up some stuff about how the whole world is laughing at us.

The question that exists here, beyond why exactly Trump commented on this, is how a horse having an elevated level of an anti-inflammatory corticosteroid is proof that things are going bad in a country. Other questions we have: whether he knew for sure that Medina Spirit was the horse or if he thought it was the jockey, can a horse be “a junky.”