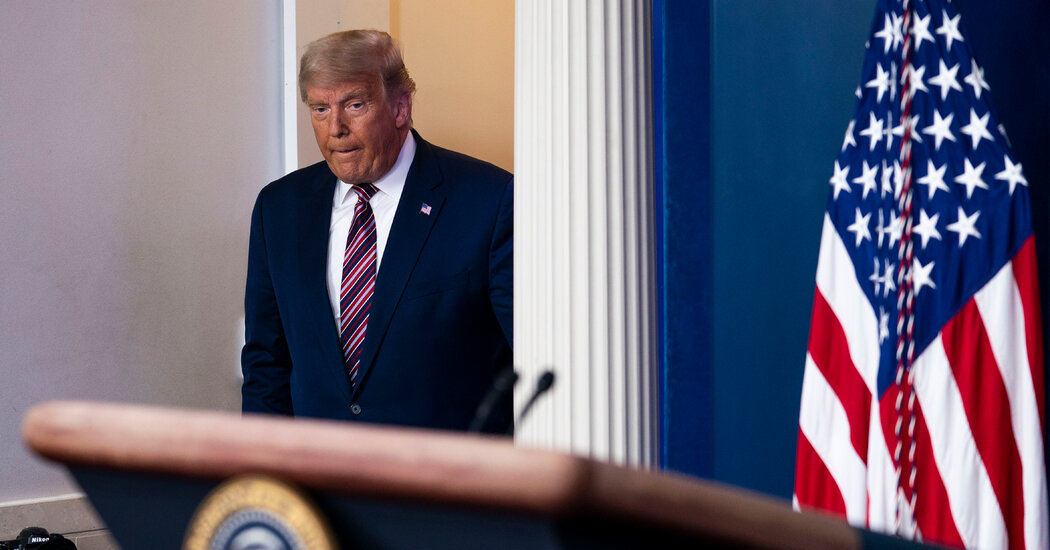 President Trump has formed a so-called leadership political action committee, a federal fund-raising vehicle that will potentially let him retain his hold on the Republican Party even after he leaves office.

The move comes just days after the major news networks and newspapers, as well as The Associated Press, called the 2020 election for President-elect Joseph R. Biden Jr.

A leadership PAC could spend an unlimited amount in so-called independent expenditures to benefit other candidates, as well as fund travel, polling and consultants. Mostly, it would almost certainly be a vehicle by which Mr. Trump could retain influence in a party that has been remade largely in his image over the past four years.

On Monday night, fund-raising solicitations from the Trump campaign revealed that 60 percent of donations would be directed to the new entity, “Save America.”

A Trump campaign spokesman, Tim Murtaugh, said the committee had been in the works for a while.

“The president always planned to do this, win or lose,” Mr. Murtaugh said, “so he can support candidates and issues he cares about, such as combating voter fraud.”

Still, a PAC could give the president an off-ramp after a bruising election fight, as well as keep him as a dominant figure as the next Republican presidential primary races are beginning for a new standard-bearer.

“President Trump is not going anywhere anytime soon,” said Matt Gorman, a Republican strategist. “He’s going to insert himself in the national debate in a way that’s unlike any of his predecessors.”

Before the election, Mr. Trump told advisers, sometimes joking and other times not, that he might run again in 2024 if he lost to Mr. Biden.

Even as Mr. Biden has gathered more than the 270 Electoral College votes needed to win, and as he has taken leads of tens of thousands of votes in several battleground states, Mr. Trump has maintained there was voter fraud on a wide scale, despite overwhelming evidence to the contrary. He has directed his campaign to march forward with legal challenges in states like Arizona and Nevada, despite most advisers believing that the race is over and that he should move on.

But Mr. Trump’s personal brand as a businessman is now intertwined with his political brand. And he has made clear he is not ceding the stage easily, even as advisers say he will most likely willingly leave the White House when his term ends.

Since the 2020 race was called on Saturday, Mr. Trump has told advisers he is seriously considering running again in 2024 if the vote is certified for Mr. Biden, a development earlier reported by Axios.

While the leadership PAC could not help him in such an effort, it could provide an interim vehicle that would let him travel and engage in some political activity, even if he never actually runs again.