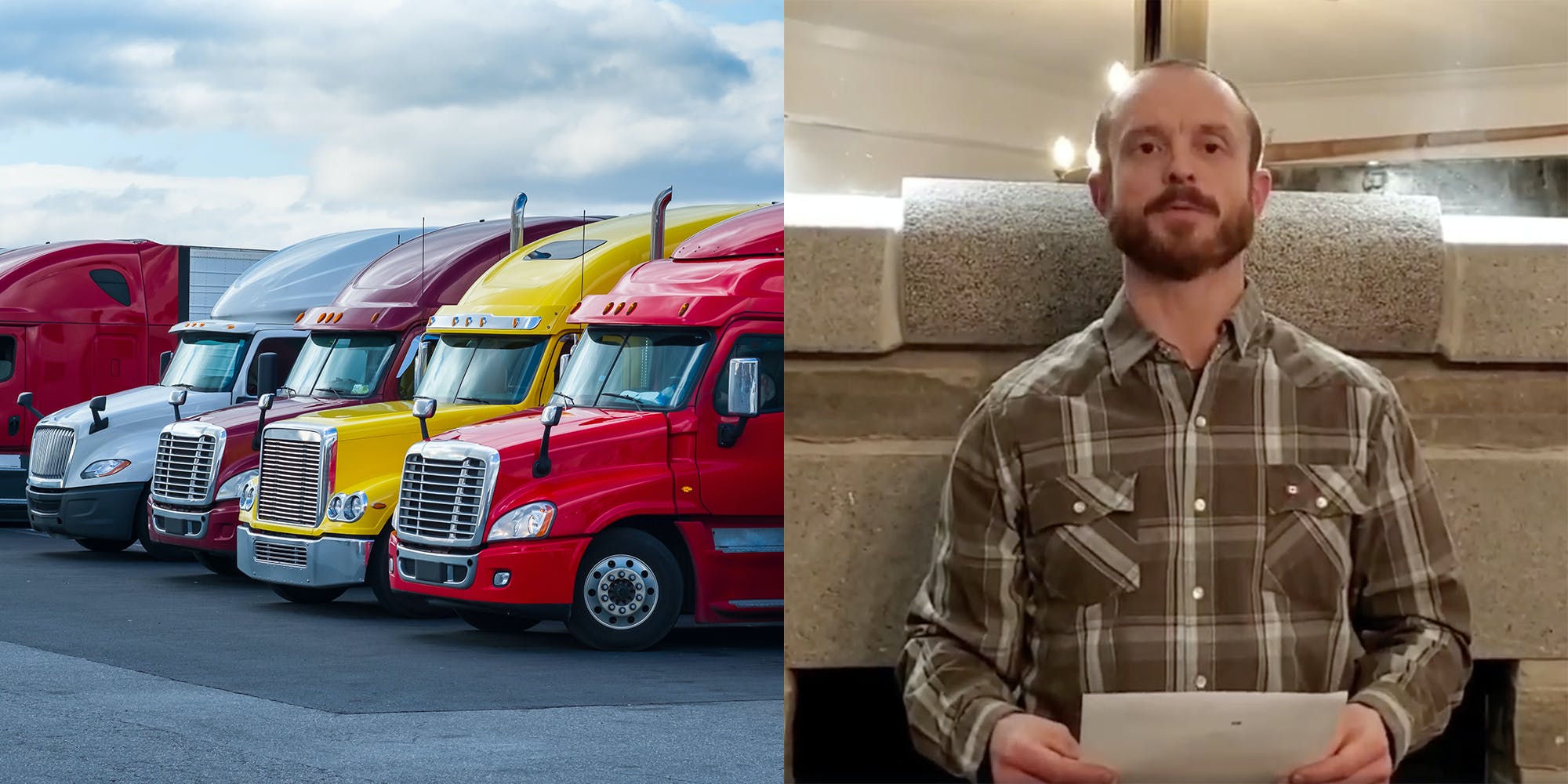 The Canadian trucker convoy protest now claims there is a plot to discredit them by planting 2,000 stolen guns around the protest. The claims were sparked by a report of guns stolen hundreds of miles away by carjackers who police say didn’t know there were weapons inside the vehicle and trailer.

In recent weeks, Canadian truckers and those sympathetic to them have protested vaccine, testing, and quarantine mandates for truckers crossing in from the United States. The convoy initially converged in Ottawa, the nation’s capital, where it has disrupted daily life and generated international headlines.

Since then, it has spread throughout Canada and beyond. Protesters shut down a major crossing between Windsor, Canada and Detroit, Michigan for six days until Canadian police cleared them out on Sunday.

On Monday, one of the largest Facebook groups associated with the protests claimed that they’re being targeted by a sinister plot involving the thousands of stolen guns.

In a video posted by the Freedom Convoy 2022 group, a spokesperson said that they believed that 2,000 firearms stolen from Peterborough, Ontario on Sunday were going to be part of a plan to discredit them by planting the weapons in and around the area the protesters are occupying in Ottawa.

Freedom Convoy 2022 spokesman Danny Bulford said, “We received information from multiple believed reliable sources that firearms may be planted in Ottawa specifically around the [protest] to specifically discredit the protest and to use as a pretext to forcibly remove peaceful protesters.”

Bulford didn’t provide any details about their sources.

He added that their “private intelligence correlates with the approximately 2,000 firearms stolen in Peterborough, Ontario on Sunday.”

Bulford also said they were told the guns “may be planted by nefarious elements” to “sabotage” them, but said they had no information about who might be behind it.

Peterborough is 275 miles from Ottawa.

Bulford said they’re “collaborating” with police to identify those behind the possible false flag operation. It’s not clear why the protesters would collaborate with police if they genuinely believe the guns are part of a plot by police to be a pretext for getting rid of them.

Police in Peterborough, however, have characterized the theft far differently. In a statement posted on YouTube, police said that they don’t believe the thieves had any idea there were guns in the truck and trailer.

“So far the investigation is leaning toward an isolated crime of opportunity rather than a targeted incident,” Detective Staff Sergeant Michael Jackson said.

Jackson said they believe suspects first attempted to steal trucks and trailers from other commercial yards before ultimately absconding with truck and trailer containing the firearms.

Police are actively seeking the public’s help locating the missing vehicles and weapons.

However, another arrest regarding the convoy and firearms is muddling the picture. The Independent reports that police in a town in Alberta seized a cache of weaponry from a group aligned with the protest early Monday morning. The weapons included long guns, handguns, a machete, and a large quantity of ammunition, including high-capacity magazines. Eleven people were reportedly arrested.

The guns stolen from Peterborough were small caliber and didn’t include ammunition, police there say. Peterborough is 1,800 miles away from where the Alberta arrests took place.

The post Trucker protest claims 2,000 stolen guns to be planted on convoy in elaborate plot to frame it appeared first on The Daily Dot.