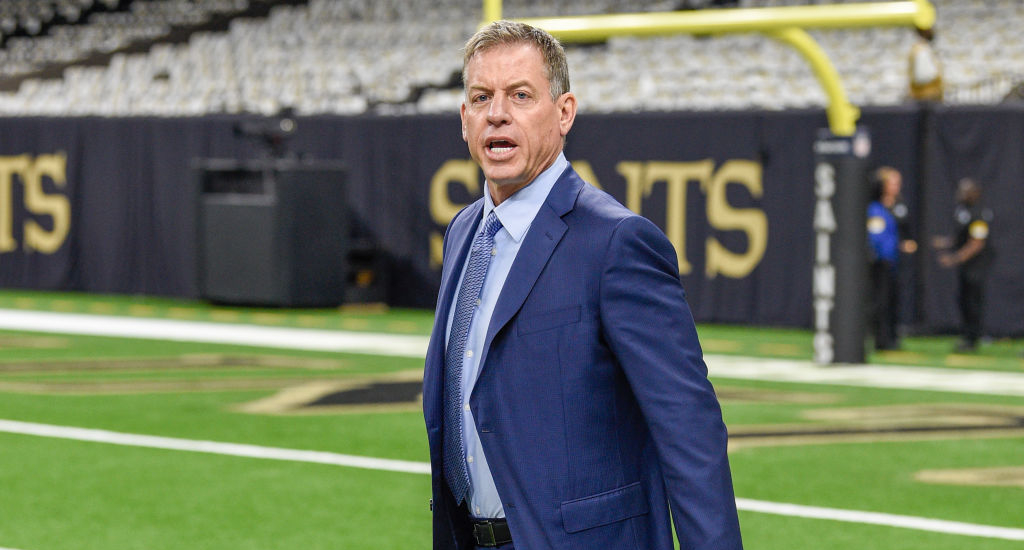 When Tony Romo took the football broadcasting universe by storm as the lead analyst for CBS, a lot of the chatter was about his ability to diagnose plays in real time and entertain viewers with an upbeat personality. For those in the media industry, the discussion soon shifted, with Romo eventually inking the largest contract ever for a game analyst to stay with CBS after ESPN was reportedly trying desperately to lure him to Monday Night Football. In the process, however, Romo’s deal blew all of the other contracts for similar positions out of the water, earning him $18 million annually, and Andrew Marchand of the New York Post recently shed light on how it has shifted the landscape.

In fact, Marchand reports that Troy Aikman, the lead analyst for FOX, could try to position himself for “Tony Romo money” on his next contract. The Post’s report does make sure to note that “Fox will not pay Aikman ‘Romo money’ on its own,” but Marchand outlines a scenario in which Aikman could join also join the Amazon Prime Video team to potentially call Thursday Night Football alongside Al Michaels. Nothing is official at this juncture, but Aikman could leverage FOX into a large pay bump, particularly with his contract set to expire after next year.

Elsewhere in the space is Cris Collinsworth, the No. 1 analyst for NBC, and he is reportedly in talks to stick around for a deal reportedly worth “in the $12.5 million per season range.” That doesn’t approach the money that Romo is receiving, but NBC also has Drew Brees potentially waiting in the wings, which could conceivably lessen Collinsworth’s overall leverage.

By the sound of Marchand’s reporting, it doesn’t seem as if Collinsworth or Aikman are likely to vacate their current chairs, and that means there won’t be a massive impact on viewers, most of which probably aren’t concerned with contracts. With that said, Amazon could be quite intriguing as a potential way for Aikman to fill the coffers, and that deal will also take NFL viewers into a world in which the only way to view a “nationally televised” NFL game is via a streaming service.