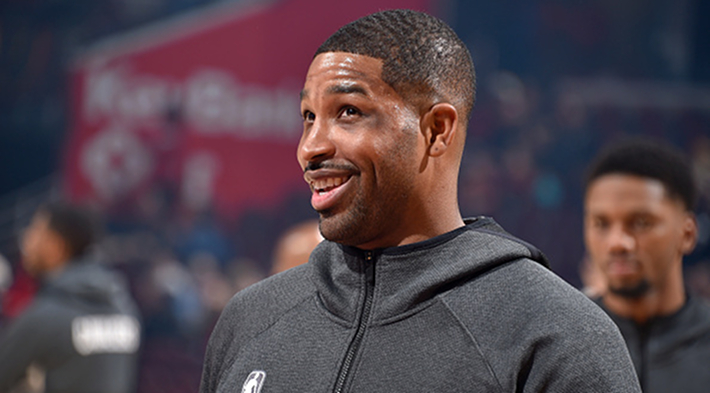 No longer distracted by competing in the NBA Playoffs, Tristan Thompson took to Instagram on Friday to seemingly lay claim to Khloe Kardashian, punching back at Lamar Odom after Odom replied a little too assertively to a photo of Kardashian in a bathing suit.

The original post features Kardashian in the sun with a caption drenched in innuendo:

Then, Odom hit the comments to call Kardashian a “hottie,” which prompted Thompson to come in with the low blow. Thompson replied by saying “god brought you back the first time. play if you want different results” in a clear allusion to Odom’s near-death experience after a drug bender at a Nevada brothel last decade.

Thompson and Kardashian seemingly have rekindled their romance, and although Kardashian has maintained a positive public view of her former flame, Odom, they have not been together since Odom’s dangerous behavior post-retirement came to light. By effectively saying he would secure the fate that Odom escaped back then, Thompson is coming in mighty aggressive for an IG comment.

It’s anybody’s guess what’s going on behind the scenes with these three, but Thompson clearly wanted to puff his chest, and did so.