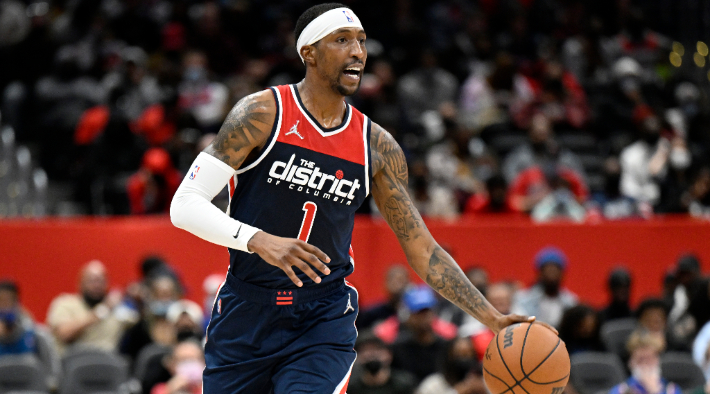 The Washington Wizards defended their home court against the Oklahoma City Thunder on Tuesday night. Washington, which entered the game with five losses in its last eight games, picked up a 122-118 win in regulation to move to 21-20 at the halfway mark of this season.

According to a new report by Shams Charania of The Athletic, the game featured some fireworks that f ans did not get to see. Charania reports that, during halftime, Montrezl Harrell and Kentavious Caldwell-Pope got into it with one another, with both players throwing punches, teammates needing to keep them from going at one another, and an “increased security presence to ensure the tension did not escalate again.”

Sources said Harrell became upset with Caldwell-Pope for not passing him the basketball on a play before the first half concluded, and the two started jawing during the walk to the locker room. As the two exchanged words, Harrell and Caldwell-Pope took swings toward each other — with neither connecting — and became entangled before teammates separated them, sources said.

Caldwell-Pope and Harrell are not first-time teammates, as the pair were members of the Los Angeles Lakers alongside one another last season and joined the Wizards in the trade that sent Russell Westbrook to L.A. On the night, Caldwell-Pope had 16 points, while Harrell contributed 12 points and seven rebounds in 24 minutes off the bench.