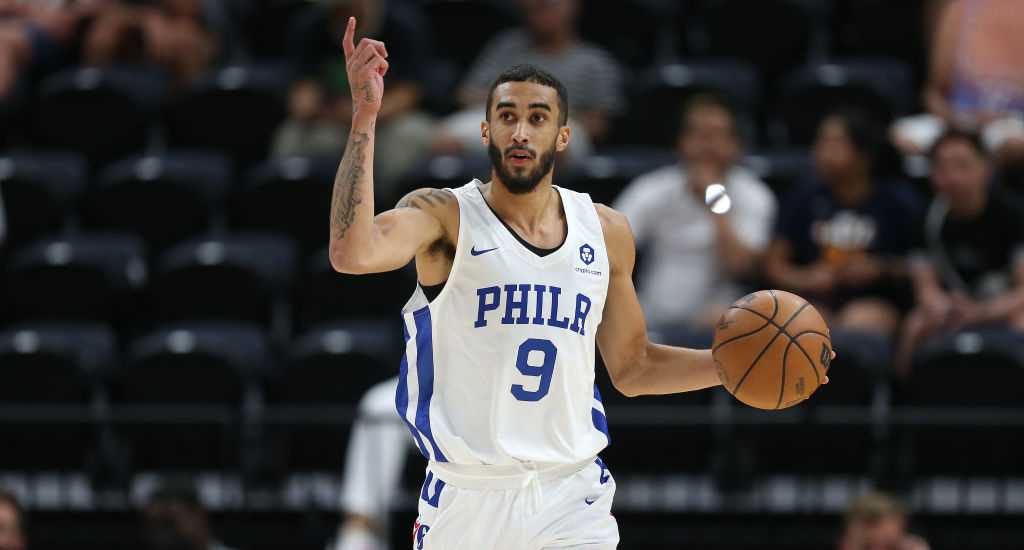 The Philadelphia 76ers have spent this offseason trying to bolster their depth in order to make a deeper playoff run next season. The biggest additions have been PJ Tucker and De’Anthony Melton, but they also brought in the reigning G League MVP, guard Trevelin Queen.

When free agency opened on July 1, word broke that Queen had agreed to a two-year, $3.3 million deal with the Sixers. Queen, who averaged 22 points per game in the G League last season, figures to bring some more guard depth to a team that needs it, and whether he can crack the playoff rotation or not, he’ll be a helpful regular season player, providing some scoring punch off the bench. It seemed like a good deal for all parties involved, but Queen himself didn’t know about the deal being put in place in the moment.

During Summer League, Chris Haynes detailed how Queen was actually on a cruise when free agency started and as such had no cell reception, so he tasked his agent with finding the best deal and trusted him to make an agreement for him that he’d find out about when he got back.

What happens when a free agent is offered a deal, but he’s on a cruise and has no cellphone reception? For @NBATV, I explained how Trevelin Queen and the Philadelphia 76ers got a deal done without the G-League MVP knowing. pic.twitter.com/HU5W4UVM29

It obviously was a plan that worked, as Queen’s agent got him a deal on a playoff team, but that is an incredible level of trust between a player and his agent. In the future I’d probably suggest picking an earlier week for a cruise than the week of July 1 if you’re going to be a free agent, but I guess if you have a good enough agent you can hit the seas and find out where your career will take you next when you get back.