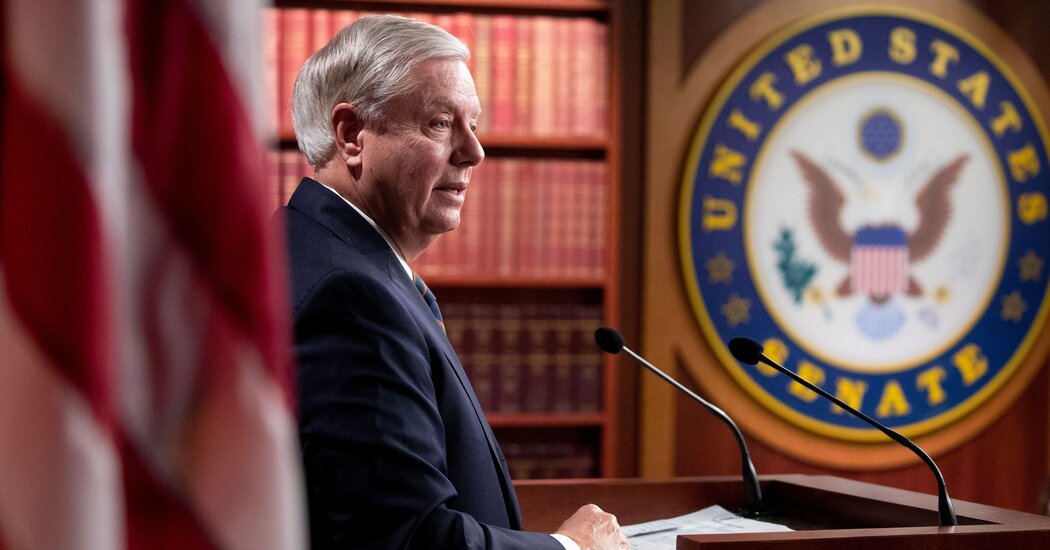 Jeering supporters of President Trump accosted Senator Lindsey Graham of South Carolina on Friday at Reagan National Airport in Washington, angrily denouncing the Republican as a “traitor” and a “liar” for voting to formalize President-elect Joseph R. Biden Jr.’s victory.

“Traitor! Traitor!,” one woman could be heard yelling in a pair of videos shared with The New York Times. “You said you had his back and you didn’t.”

“Get out of here,” another woman shouted at Mr. Graham, who was once considered Mr. Trump’s closest ally in the Senate. “You don’t represent America.”

The tense scene vivified the ongoing crisis unfolding in the Republican Party, as lawmakers, their voters and the nation reel from an insurrection by Mr. Trump’s supporters that overtook the Capitol this week while Congress was meeting to count the electoral votes.

Mr. Graham was far from alone, as elected Republicans who rejected Mr. Trump’s attempt to overturn the election faced intense backlash from their own constituents, who have been persuaded by the president’s false claims that he won. Senator Mitt Romney, Republican of Utah, also had a nasty airport confrontation with supporters of Mr. Trump, while other Republicans were accosted outside the Capitol by voters from their states who had traveled to Washington at the president’s urging to protest his election defeat.

After four years of standing beside Mr. Trump, including some of his baseless claims of voter fraud, Mr. Graham made a clean break Wednesday night after the mob had been cleared from the Capitol, saying “enough is enough.” He seemed to foresee the coming crisis.

“I cannot convince people, certain groups, by my words, but I will tell you by my actions,” he said in the Senate.

On Friday, Mr. Graham could be seen in another video, posted by Politico’s Daniel Lippmann, being escorted out of the waiting area by uniformed police officers as several dozen people harassed him.

“One day they will not be able to walk down the street,” said one woman, wearing a T-shirt emblazoned with the initial “Q,” a reference to QAnon, the pro-Trump conspiracy movement. “It is today.”

Mindy Robinson, a self described conservative activist and commentator, posted yet another video in which a woman, apparently her, called Mr. Graham a “garbage human being.”

“It’s going to be like this forever, wherever you go, for the rest of your life,” the woman taunted.