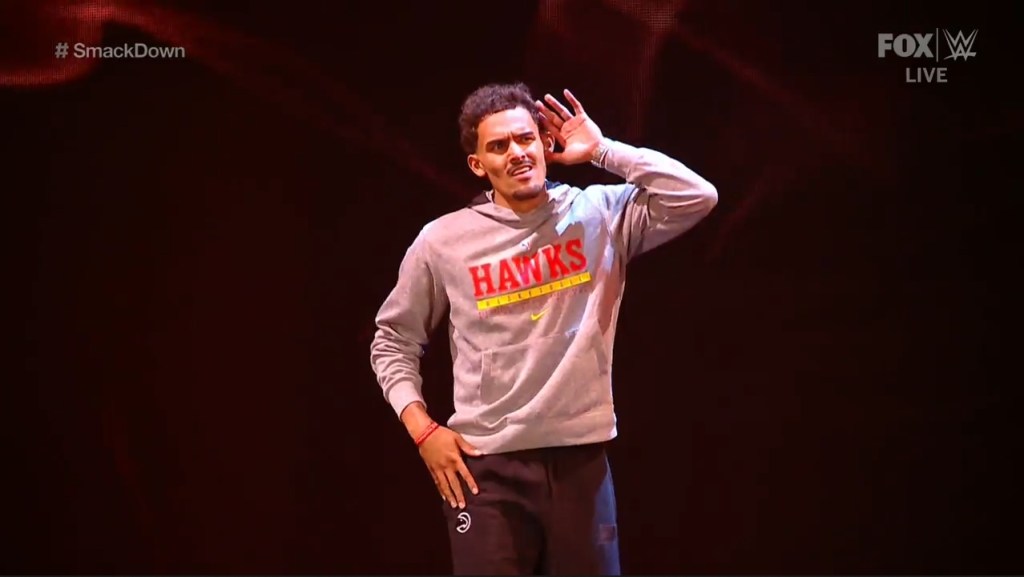 Trae Young tormented the New York Knicks and Madison Square Garden during the first round of the 2021 NBA playoffs. Young made MSG his personal playground, putting up a number of big games in the World’s Most Famous Arena as the Hawks upset the Knicks in five games on their march to the Eastern Conference Finals.

Well as it turns out, Knicks fans still are not particularly big fans of Young after having a few months for tensions to boil over. Young showed up on WWE SmackDown on Friday night at Madison Square Garden, with Sami Zayn teasing that he had a special guest for the crowd ahead of a 10-man tag team match. Zayn was wearing a Kevin Knox jersey, and then, he announced that he brought Young to The Garden. It went over about as well as you’d imagine.

Young even got involved in the match in a delightfully heel way. Zayn distracted the ref while Rey Mysterio was on the ropes, which led to Young trying to cheat. The issue was the ref looked and ejected Young, which sent the crowd at MSG into a frenzy.

That series against the Knicks established Young as one of the best heels in all of the NBA, but still, proving that he’d be a pretty good heel in the squared circle, too, was a bit of a surprise.