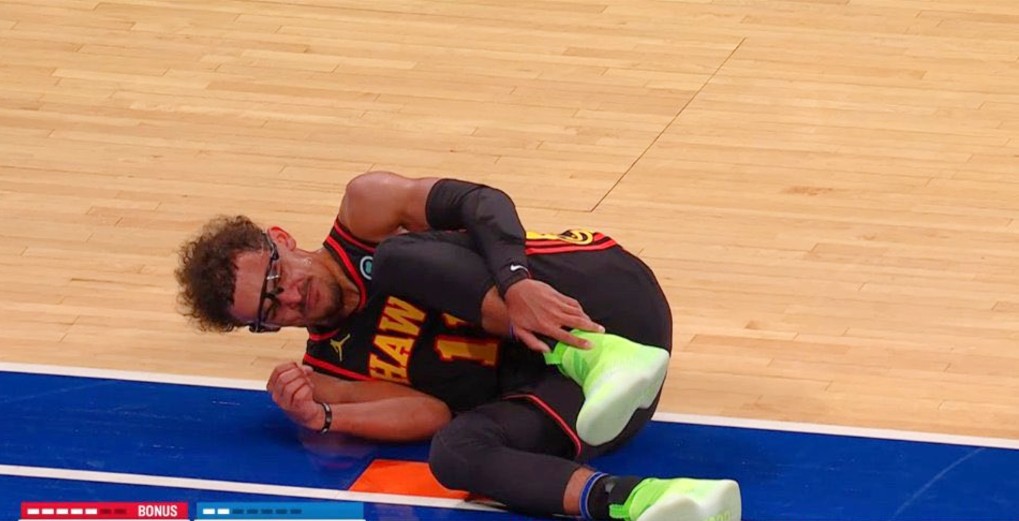 The Atlanta Hawks have been one of the best teams in the second half of the NBA season, climbing into the 4-seed in the East entering Wednesday’s game with the similarly hot New York Knicks. While there have been many reasons for Atlanta’s surge, from Bogdan Bogdanovic’s shooting to Clint Capela’s sensational defense, it’s a team that is still powered by their third year guard Trae Young.

Young, like many on the Hawks roster, has missed some games here and there with relatively minor injuries, including some recent time on the bench due to a calf issue. On Wednesday, Young left a tight game with the Knicks and had to be helped to the locker room after rolling his ankle pretty severely as he came down from a floater.

You can see Young immediately grasp at his left ankle, and had to be helped to the locker room by teammates, barely putting any weight on that left leg. He was quickly ruled out by the Hawks with what is officially being called a sprained left ankle, and the team and Atlanta fans will be awaiting an MRI surely to come on Thursday that will determine the severity of the sprain and a potential timetable for how long the star guard might miss.