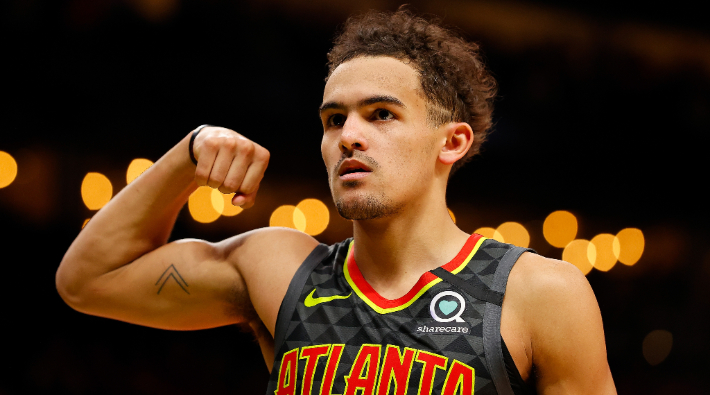 Trae Young is among the league’s rising stars, as the Hawks point guard earned his first All-Star Game selection in 2020 as a sophomore in the league. Young is signed with adidas on a sneaker deal, and he recently inked an extension with the shoe and apparel company that includes the creation of his first signature sneaker.

Young will join the shortlist of NBA stars with their own shoe, which is simply titled the Trae Young 1 right now. He joined Rachel Nichols on The Jump on Wednesday afternoon as part of the announcement to discuss his excitement for his first sneaker, which will release in the fall of 2021.

Young will be the fifth active player on adidas’ roster with a signature sneaker, joining James Harden, Damian Lillard, Donovan Mitchell, and Derrick Rose in that regard. We don’t know exactly what Young’s signature will look like, but for the last two years, he’s worn adidas’ N3XT L3V3L model, so it stands to reason that he would look for a similar fit in his own signature — although it’s certainly possible that he goes in a completely different direction. It’ll be interesting to see what Young wants out of his sneaker, both from a performance standpoint and from a storytelling one, but we likely won’t learn much more about that for many months as they continue development.