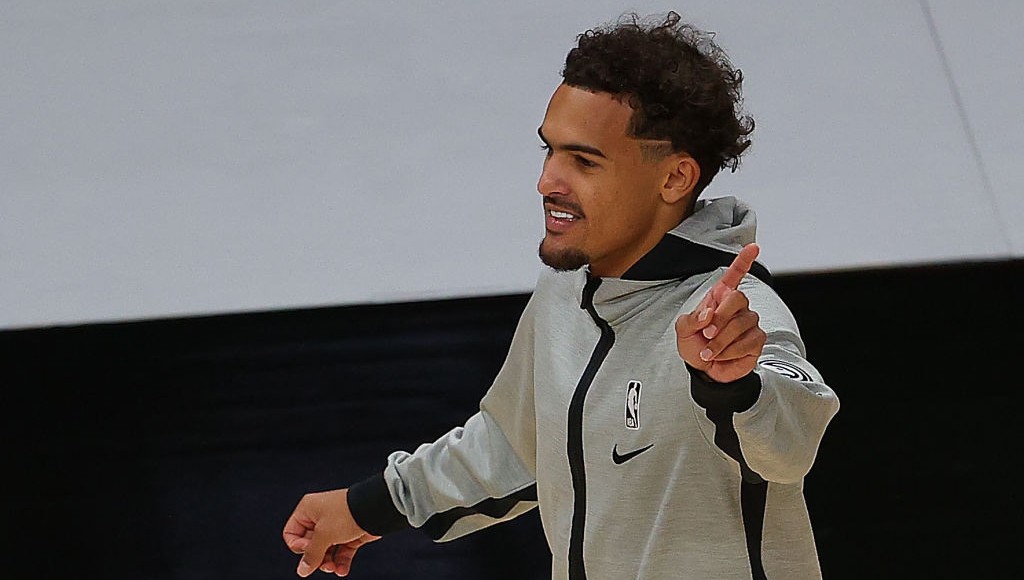 Trae Young and Grayson Allen really do not like each other. The Hawks star and Grizzlies reserve guard have been going at it for three years, dating back to a scuffle at Utah Summer League, of all places, in 2018.

This preseason, the Hawks and Grizzlies met in the preseason and Young, somewhat inexplicably, shoved Allen to the ground and earned himself a technical for his actions. On Saturday, the two teams met in a game that counts in the regular season and, once again, Young and Allen became entangled during the game, although this time neither got technicals and, for many, it wasn’t even something that registered during live action.

However, Young was aware of it and took to Twitter after the game to call out what he felt was a dirty play by Allen trying to trip him on the perimeter. Allen responded with some not so subtle sarcasm about how much that must’ve hurt Young, and the NBA’s strangest feud continues to pick up steam.

Allen wasn’t alone in responding, as Jaren Jackson Jr. took up for his teammate on Twitter as well.

This is far from the first incident involving Grayson Allen that is questionable, and his history certainly doesn’t afford him the benefit of the doubt in much of any situation. Trying to trip someone, while it might not result in much like in this instance, could lead to an injury and Allen’s history of tripping people is fairly extensive.

As for Young, this is probably something he’ll learn as his career progresses, but inviting beef with a player like Allen when you are supposed to be on the superstar tier is not always the wisest. I get the frustration, but this might be one to just send along to the league and suggest they keep their eyes out for this in the future from Allen. In any case, Young and the Hawks got the last laugh with a 122-112 win and their next meeting won’t be until at least March in the second half of the season, with the league having yet to release that portion of the schedule.