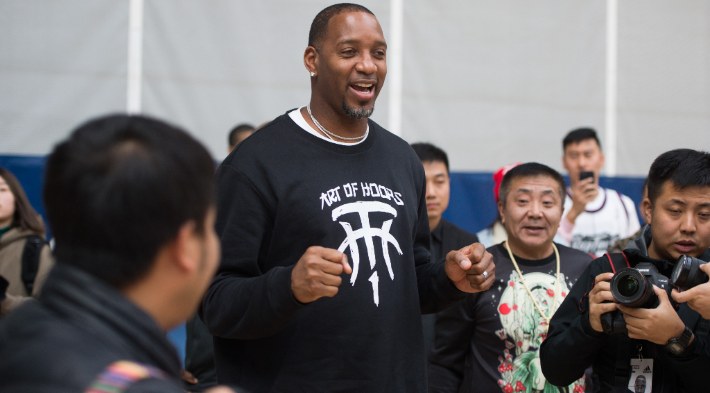 Thursday night’s matchup between the Milwaukee Bucks and the Orlando Magic went largely as expected. The Bucks entered the evening as 14-point favorites against the undermanned Magic, took an early lead, and kept a manageable advantage on the way to a 136-118 victory. However, some intriguing news emerged during the early portion of the fourth quarter, at least on an alternate telecast of the game. Jamal Crawford and Quentin Richardson were joined by Hall of Famer Tracy McGrady on an edition of NBA HooperVision on League Pass. In the middle of their discussion, McGrady made some news by revealing plans for a new professional basketball venture.

Tracy McGrady just announced on HooperVision he’s in the process of starting a professional 1-on-1 league, for 18 and over adults, called the OBA (Ones Basketball Association)

McGrady indicated that he is aiming to launch a professional 1-on-1 league called the Ones Basketball Association (OBA). At this stage, details are sparse, but as noted above, McGrady said it would involve adults ages 18 and up and would not be a tournament, but a full-fledged league. Both Crawford and Richardson seemed intrigued by the prospect, though this did not seem to be a pre-planned announcement.

In recent years, the BIG3 attempted to chase nostalgia in bringing an offseason pro avenue in the basketball world, and it achieved varying levels of success. This 1-on-1 idea could be intriguing, though details would be crucial, particularly when it comes to who would be participating, the format of how the league would work, whether there is television interest, and how grand the scale might be. As such, McGrady and any partners will need to showcase more of the background at some point, but even the existence of discussions is interesting.