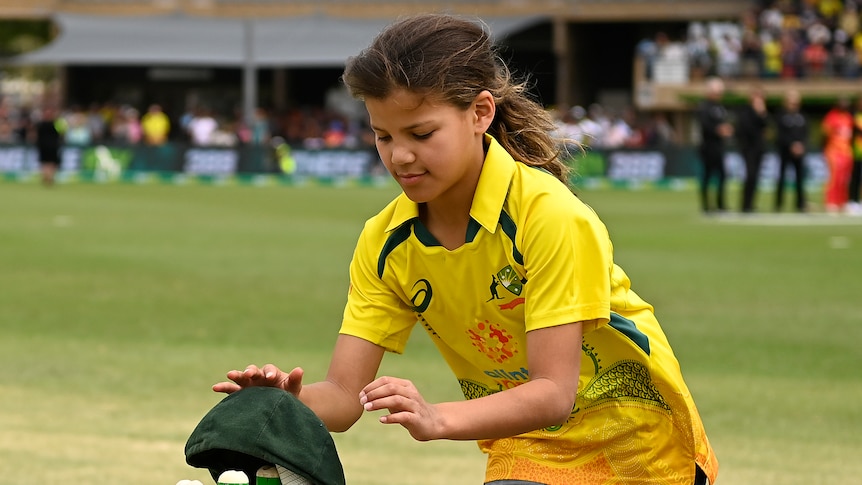 Australian cricket has paid tribute to the late Andrew Symonds at the one-day international against Zimbabwe in Townsville with many of the things he loved in life.

The popular all-rounder died in a car accident in May.

With his nickname, “Roy”, and test number emblazoned on the field, the Australian side, fans and Symonds’s loved ones remembered him in the city he settled down in after retirement from the game.

Symonds’s children, Will and Chloe, acted as drinks carriers during the match, after lining up with the teams prior to the start for a minute’s silence.

At the innings break, the children, along with his wife Laura Vidmar, sister Louise, mother Barbara and dogs Woody and Buzz gathered at the pitch for the service.

His best friend, former cricketer Jimmy Maher, carried out Symonds’ baggy green cap and bat, while a handful of items that summed up the laconic outdoorsman were placed near the pitch: his crab pot, Akubra hat and fishing rod.

John Williamson’s Hey True Blue was played over stadium loudspeakers, before everyone present gave a final round of applause for one of cricket’s great entertainers.