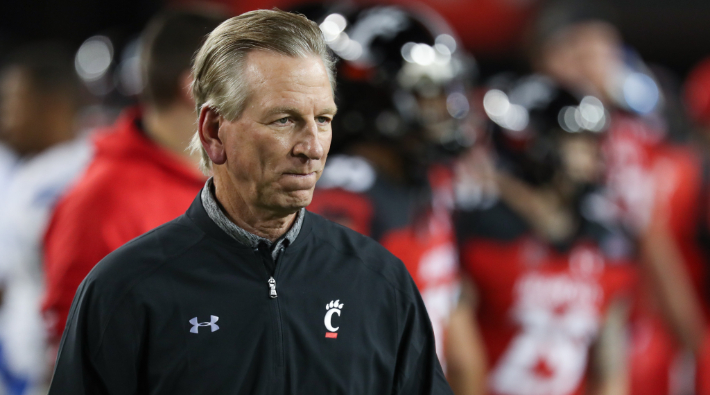 Tommy Tuberville, the former college football coach, is headed to the United States Senate. Tuberville entered the political realm recently when he decided to challenge incumbent Doug Jones for his Senate seat, and on Election Day this year, Tuberville, a Republican, was able to knock off Jones, a Democrat who assumed the office following a special election in 2017.

Depending on how things shake out with the pair of run-off elections in Georgia, Tuberville could end up being part of a narrow Republican majority in the Senate. Before he gets to D.C., though, it might be in his best interest to call up his local grade school teacher and get a quick run through on a few things. Tuberville gave an interview to Todd Stacy of the Alabama Daily News following his win. Let us go through some stuff he said in it, starting with a fundamental misunderstanding of how our government functions.

“You know, our government wasn’t set up for one group to have all three of branches of government,” Tuberville said when asked about the two parties working together. “It wasn’t set up that way, our three branches, the House, the Senate and executive.”

So, no. Tuberville got a few things right here, mentioning that we have three branches of government and one of them is the executive branch. Where he erred was by saying that the House and the Senate are two separate branches — they are, in fact, one: the legislative branch. The third branch is the judiciary, which Tuberville will surely get familiar with if the Republicans hold the Senate, as majority leader Mitch McConnell’s made it a point to stack the judiciary with conservative justices during his time at the helm of the world’s greatest deliberative body.

Admittedly, not a great start for Tuberville, a statement that can also apply to his 5-6 debut season at Auburn. Let’s now move on to an incorrect statement he made about the 2000 election. For context, Tuberville refused to admit that former vice president Joe Biden is the President-Elect of the United States, doing a bizarre song and dance in which he blamed the media and talked about lawsuits and a bunch of other stuff that is incorrect. Anyway, it’s Al Gore time.

“I remember in 2000 Al Gore was president, United States, president-elect, f or 30 days – 30 days – and after 30 days, it got to the Supreme Court and the Supreme Court says, no, George Bush is going to be the president,” Tuberville said. “That’s the problem we’ll get into when we do a lot of guessing, and that’s all it is right now.”

No! Al Gore did not spend 30 days as president-elect in 2000. At no point during the lengthy process to determine whether Gore or George Bush won Florida did either hit the requisite 270 votes in the Electoral College to receive that title. We wont relitigate Bush v. Gore, because who cares right now, because come on man. Total swing and a miss here. But we’re not done! I’m gonna put this next one in here in full.

“Well, it’s a little concerning to me that, just as a citizen this time last week, I look at it and I see what country I grew up in and what it’s meant and the direction that we were going, and it’s concerning to me that a guy can run for president of the United States and have an opportunity to win when he leans more to a Socialist type of government, you know, one-payer system in health care, raise taxes 20%, when the other half the country is basically voting for freedom, let us control our own lives, stay out of our life,” Tuberville said. “And that’s concerning to me that we’re to the point now where we’ve got almost half the country voting for something that this country wasn’t built on. Very concerning and, you know, as I tell people, my dad fought 76 years ago in Europe to free Europe of Socialism. Today, you look at this election, we have half this country that made some kind of movement, now they might not believe in it 100 percent, but they made some kind of movement toward socialism. So we’re fighting it right here on our own soil. We’ve got to decide, you know, over the years which direction we’re going, and that part’s concerning to me.”

This is losing 36-0 to Alabama levels of bad. Lot to unpack here: For one, Biden is a socialist in the same way that I am a cantaloupe. I am, decidedly, not a cantaloupe. Far more baffling is the belief that the United States fought in World War II against socialism, and not against fascism, which is not socialism, and is what the United States fought against in World War II. There’s also the inherent suggestion in the last two sentences that a World War II-esque fight against socialists (which appears to be Joe Biden, who again, is not a socialist, and anyone to the left of him) is necessary to dictate the direction of our country. There’s more stuff but I am not going 900 words here, so let’s wrap things up.

Tuberville was the head football coach at Ole Miss, Auburn, Texas Tech, and Cincinnati in his career, accruing a 159-99 record. Hopefully he fares better in his new role in Washington.