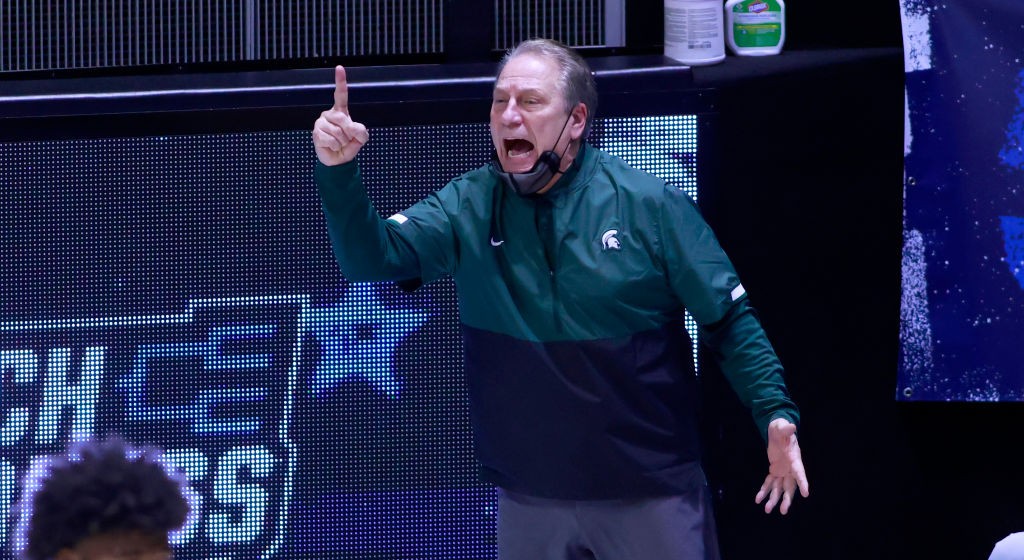 For the most part, the first half of Thursday night’s NCAA Tournament game went very well for the Michigan State Spartans in their First Four matchup against the UCLA Bruins. However, the actions of head coach Tom Izzo just before his team went into the locker room at halftime drew a great deal of negative attention. Izzo and junior forward Gabe Brown exchanged words after the halftime buzzer, and the back and forth was caught on video, even as the two men moved into the tunnel.

Izzo was seen grabbing Brown by the elbow and then Brown’s jersey and, after Brown walked away, the heated exchange continued when Izzo seemingly chased him down. The back and forth came after a possession in which Michigan State allowed a basket to UCLA just before the buzzer. While this kind of scene would’ve been jarring to see in the midst of a game under any circumstances, Izzo also has a history with similar actions.

During the last NCAA Tournament, held in 2019, Izzo had to be restrained by his own players in going after then-freshman wing Aaron Henry. Henry is still on the team in 2021, and that incident happened during a timeout, rather than on the way to the locker room.

It will be interesting to see what both Izzo and Brown have to say about what transpired once the game ends. At a minimum, though, Izzo seemingly went overboard in chastising Brown and, since it isn’t the first instance, it would be tough to simply wave this away as a one-time thing.