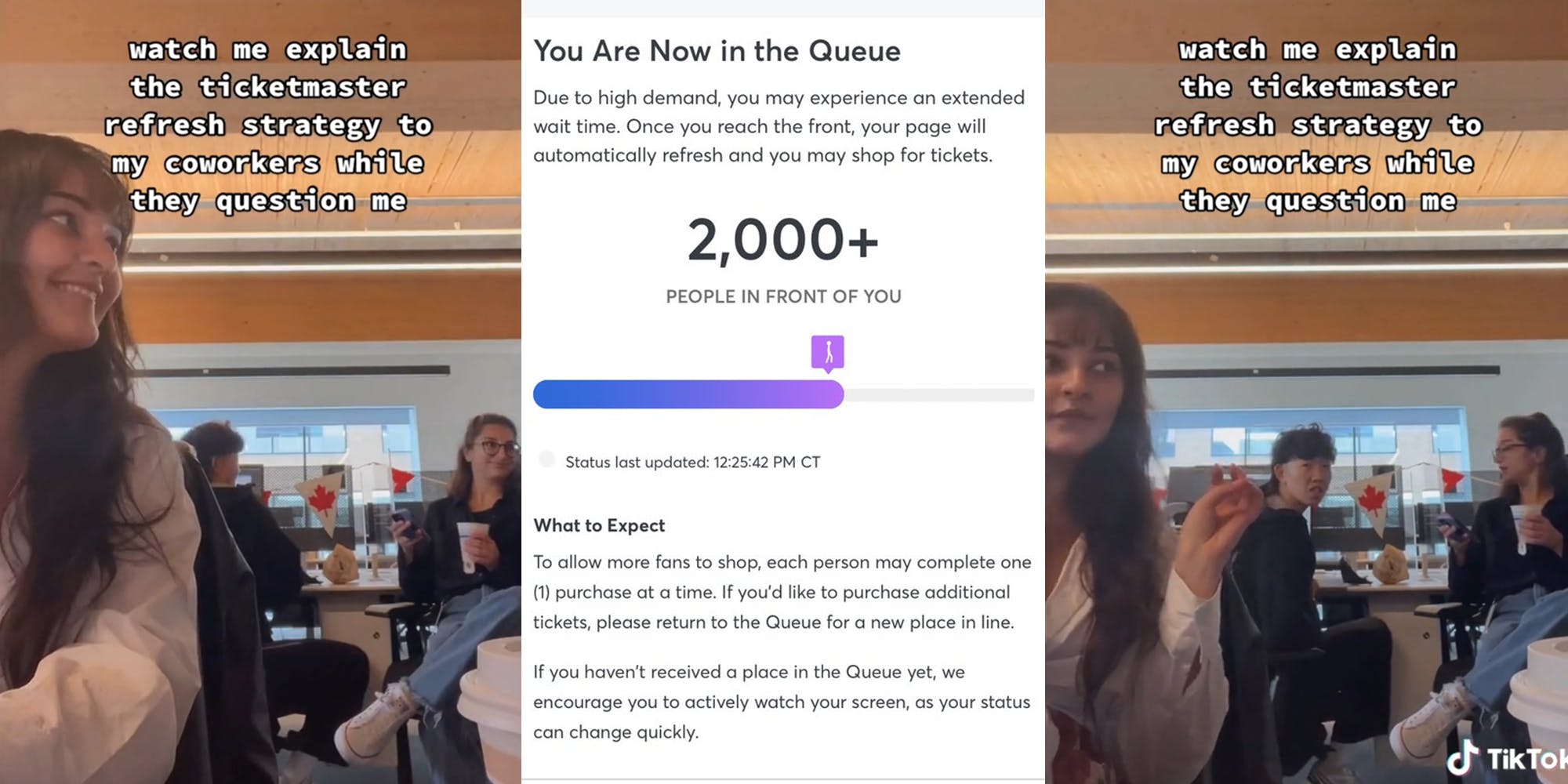 Sometimes being stuck at the end of a Ticketmaster queue for a long-awaited concert or show can feel especially daunting—but one TikToker claims she has the secret to getting to the front faster.

In a viral video that has more than 4.7 million views on TikTok, @32miya shows her co-workers a hack for getting moved up in the queue: refreshing the page.

“I have been doing this for 11 years,” she claimed in the caption.

i have been doing this for 11 years

“Watch me explain the ticketmaster refresh strategy to my coworkers while they question me,” she wrote in the video’s text overlay.

In the video, when she tells her co-workers to refresh their pages, they initially respond by telling her they’re not supposed to refresh. When she does so, she secures the 2,000 place in the queue, much to the surprise of her coworkers.

When a commenter asked for further explanation, @32miya responded, referring to queue IDs.

“Ticketmaster for the past 2 years-ish has assigned queue IDs so you can refresh without worrying about losing your spot!” she wrote. “It’s more so about easing your anxieties and getting to queue faster from the waiting room than getting a better spot lol.”

Some commenters claimed they had had similar success refreshing their browser while on the Ticketmaster site.

“I’VE ALWAYS SAID THIS!” one commenter wrote. “I always refresh around 10 seconds before the queue opens and I’ve gotten first in line two times.”

“Literally right after it said (less than) one minute left in the queue it took me STRAIGHT to tickets sales,” another commenter wrote. “I was the first person in, I’ve never been happier.”

“I did this for harry styles and I ended up 31 in queue omg,” a third alleged.

Another viewer claimed they’ve “been doing this and … kept it a secret.”

“I always got the best seat, you can delete it now,” they urged.

Some seem skeptical or hesitant to try this, with one speculating that this is “mass sabotage.”

However, one viewer offered a solution. “Imma practice on tickets that i dont want lol,” they said.

The Daily Dot has reached out to both Ticketmaster and @32miya via email.

Brooke Sjoberg is a freelance writer for the Daily Dot. She graduated with her Bachelors in Journalism from the University of Texas at Austin in 2020.