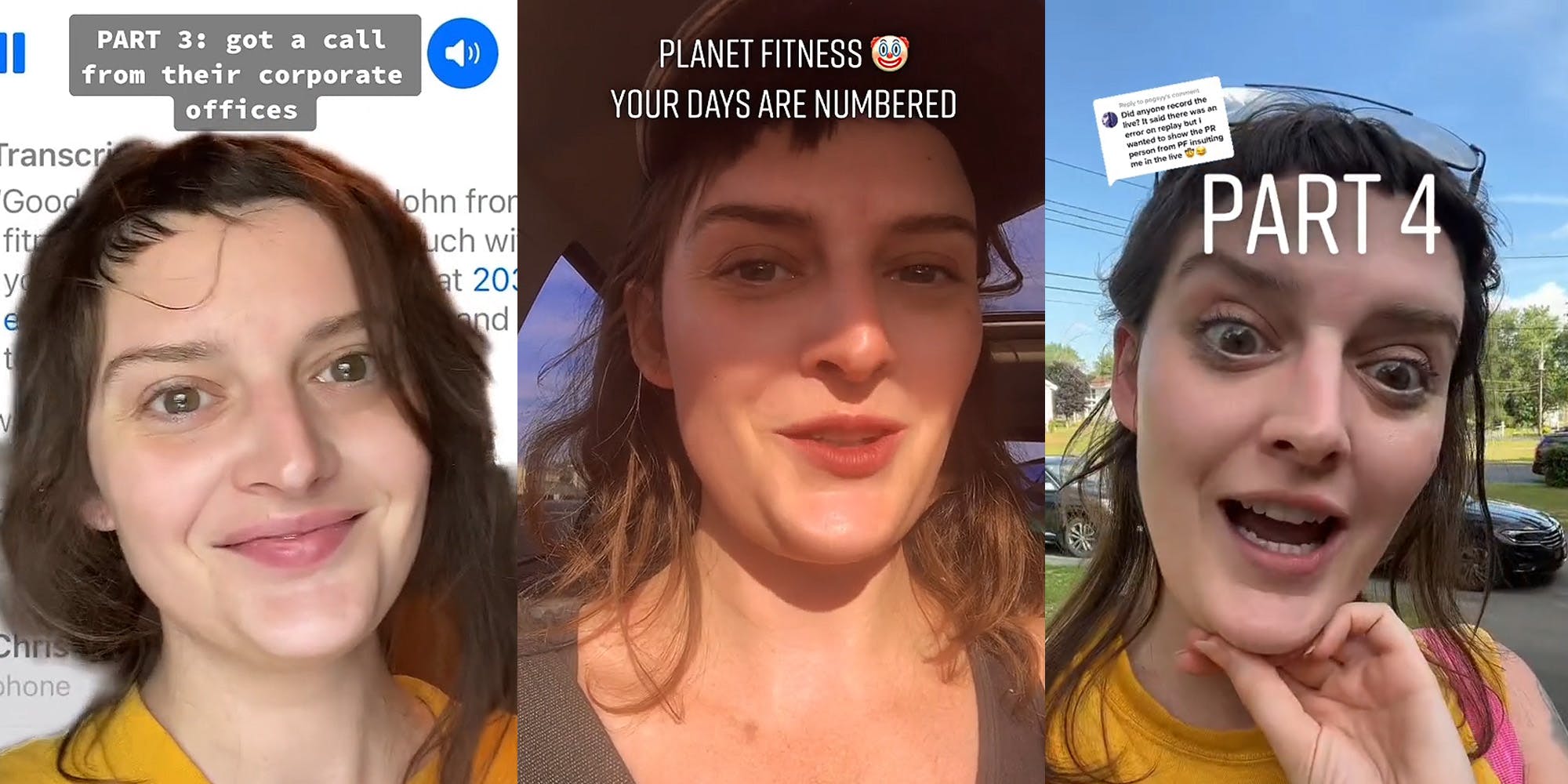 A disabled TikToker has gone viral for chronicling her battle with Planet Fitness, a company which she claims owes her $3,000 for continually charging her after she cancelled her account.

The saga began late last month after TikTok user Tara Rule uploaded a video, which has since racked up more than 618,000 views, in which she details her attempts to receive a refund from the gym.

Rule’s video includes audio allegedly recorded at Planet Fitness where she can be heard asking an employee to provide her a detailed list of all her check-ins at the gym. Rule also asks for a copy of her original contract and all of her invoices before asking the employee to once again cancel her account.

“Then what we’re gonna do is file a class-action lawsuit against them. All of us,” Rules says in a narration over the video. “Or Planet Fitness if you want to pay me back for all the money you’ve stolen from me over the years from a disabled person maybe I’ll take this video down. Otherwise let’s sue Planet Fitness.”

Other TikTok users responded in the comments by claiming that they too had experienced the same with Planet Fitness.

“Same. Exact reason I’m never getting another membership there YOU CANT CANCEL they literally make it impossible,” one user wrote.

Another user even claimed that they had been unable to cancel a family member’s account after they had passed away.

“I went to cancel my mom’s when she died the man literally looked me in the face & said she would have to do it in person…” the user said.

Rule says she was eventually able to get her bank to block all future charges from Planet Fitness and refund her for the last several months, although she would still need to convince the gym to refund the majority.

In an update video on Monday, Rule says she finally received a voicemail from a higher-up at Planet Fitness. The TikToker then live-streamed her call with who she claimed was a legal representative for the gym. Rule also accused Planet Fitness employees of harassing her in the comments of the live-stream.

After the phone call, Rule says she was emailed a cancellation form that appeared different to all the cancellation forms she had filled out previously. The Daily Dot attempted to reach Rule for comment but did not hear back.

Rule went on to note that the TikTok account for Planet Fitness had also weighed in on the issue in response to questions from commenters. The response, according to Rule, appeared to suggest that she may have been responsible for the issue to begin with.

“We never want to charge a member after cancelling,” the gym’s account wrote. “Reasons can include a member not properly cancelling/only cancelling one of multiple memberships.”

In her latest update on Friday, Rule noted that the problem had still not been remedied. The Daily Dot reached out to Planet Fitness to inquire about the allegations but did not receive a reply by press time.