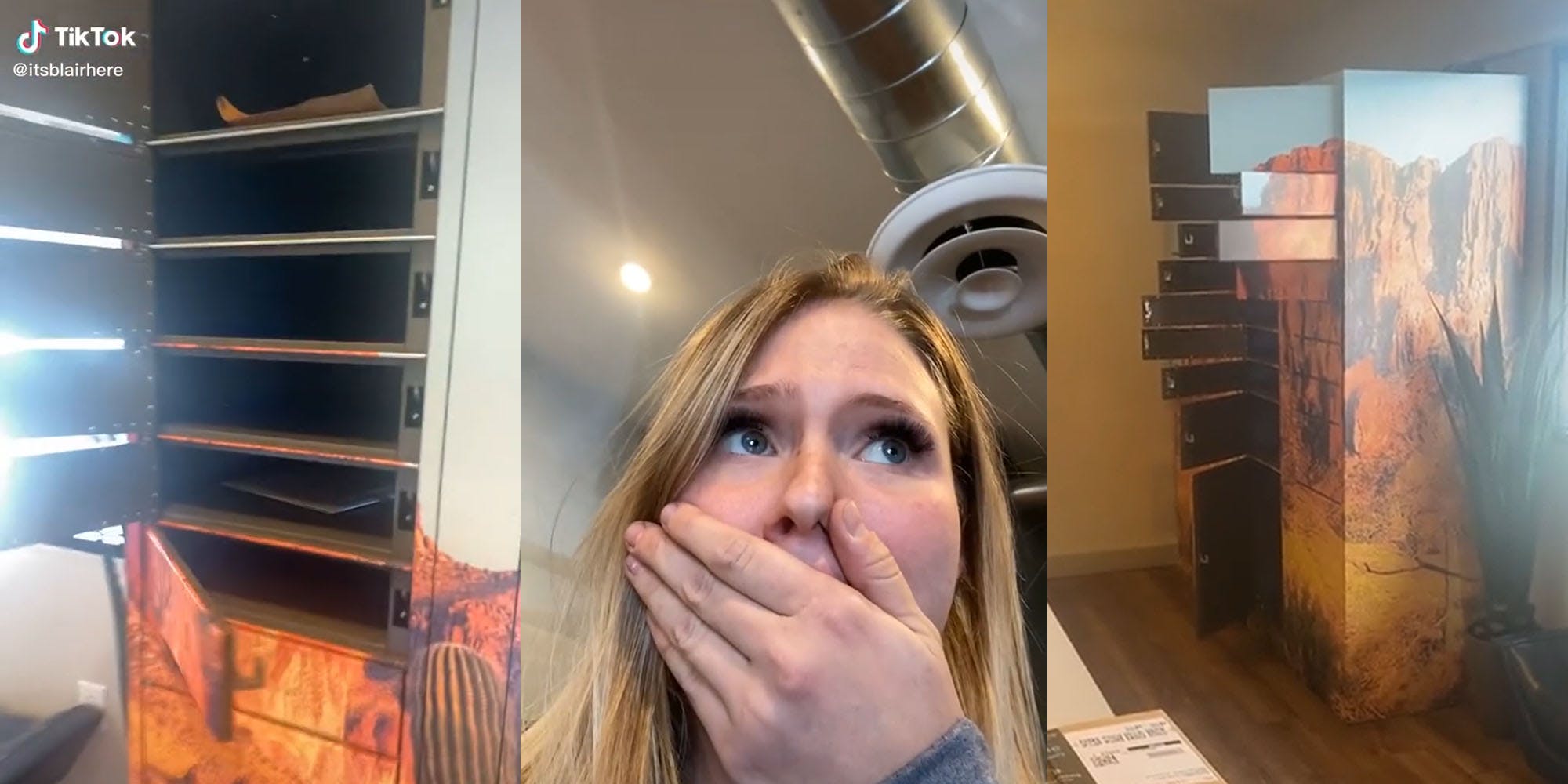 A TikToker went viral after accidentally opening all of the lockers at one of Amazon’s Hub Lockers. The lockers are designed for customers to order packages and pick them up from an outside location rather than having them delivered directly.

In this case, TikTok user Blair (@itsblairhere) appears to have somehow caused all lockers to open at once, greatly amusing the users of TikTok.

In the comments section, TikTokers made jokes about Blair’s accidental discovery.

“I think the cubbies just unionized,” another said.

However, many also wondered how she could unintentionally cause all of the locker doors to open.

“I’m so confused? Please explain exactly how you did this,” a user asked.

Some thought that this was simply how Amazon delivery drivers put packages in their lockers.

“The delivery guy is on his way In and doesn’t want to waste time so he opened it early,” a user claimed.

However, in response to this comment, some TikTokers said that’s not how the delivery system actually operates.

“That’s now how it works though,” one claimed. “I had to wait while they put in each individual box one at a time once. Painful.”

“I install these,” another user claimed. “You accidentally put In the installer code to check function on all doors.”

A third said that Blair may have input a similar code used by location managers to open locker doors.

“Those machines usually have manager codes that will unlock/open all doors,” the commenter alleged. Another user agreed: “I work in property management and… we can open any locker.”

If Blair did in fact inadvertently enter a code that caused all doors to open, it could indicate a major security risk. Once all doors are unlocked, a person can easily remove any package they desire, not just their own.

Braden Bjella is a culture writer. His work can be found in Mixmag, Electronic Beats, Schön! magazine, and more.