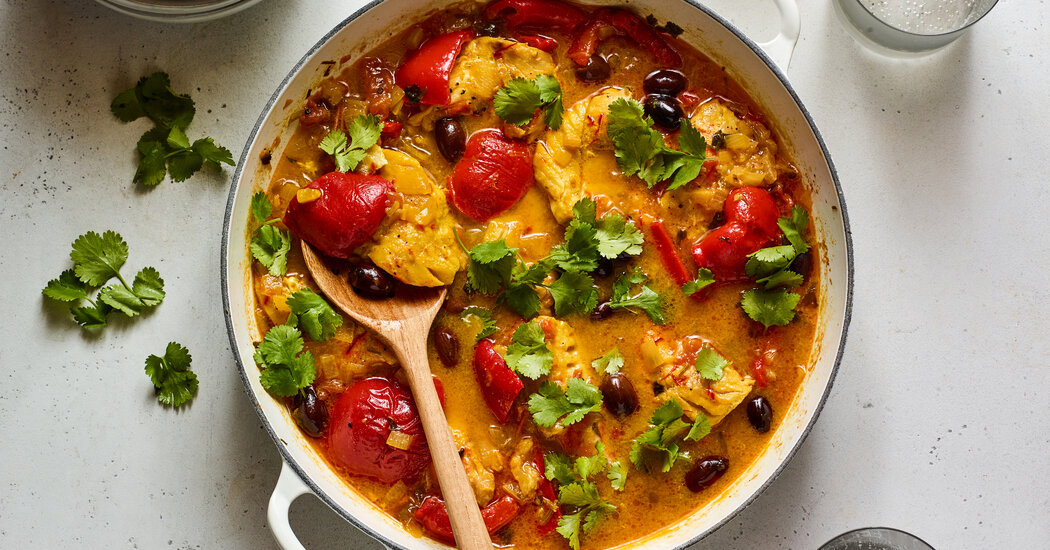 To Ms. Renov, who lives in Jerusalem, including her family recipes — like the saffron fish — was “a stamp of authenticity.”

“These are the dishes I grew up eating,” she added, “and the experience of cooking, eating and serving them is tied to the deep emotional connection I feel to the ones that first cooked them for me, my mother and my grandmother.”

Other members of the Corcos family, now scattered across continents, have their own iterations — variations on a theme.

Nicole Corcos-Ittah of Paris has two interpretations: In one, she adds a lot of garlic, fava beans and red peppers. In the other, she incorporates preserved lemon, olives, carrots, tomatoes, cilantro and sometimes potatoes.

Sidney Corcos, a retired museum director in Jerusalem, is in part responsible for putting together the family’s extensive history, continuing his father’s work. He adds turmeric to his version, in addition to the saffron.

Rabbi Dennis C. Sasso, the senior rabbi of Congregation Beth-El Zedeck in Indianapolis, recently discovered his own distant connection to the Corcoses.

He grew up in Panama, but his ancestors left Spain, then Portugal, during the Inquisition, winding their way through Italy, the Netherlands and Brazil before settling in the Caribbean islands of Curaçao and St. Thomas. Although he does not make saffron fish, he makes escabeche, another fish dish featuring peppers, and prepared by other descendants of the Corcos family in Jamaica.

Diving Into the Local Culture on the Caribbean Island of St. Lucia

How Did the Eggplant Emoji Become Our Default Sex Symbol?