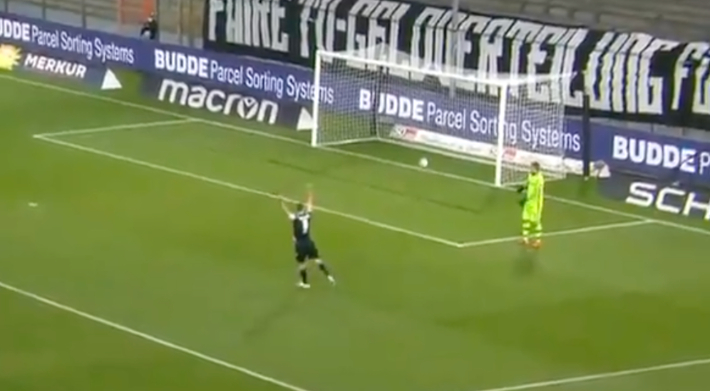 Bayer Leverkusen beat Arminia Bielefeld on Saturday, 2-1, to move into second place in Germany’s Bundesliga. They did not allow a single shot or a single shot on goal in the entire match, which makes the fact that they allowed one goal to be best described as a total accident.

What an accident it was, though. Shortly after halftime, Leverkusen was simply kicking the ball around among its defensive players while Bielefeld pressed. They did a pretty common thing in these scenarios and passed the ball back to their goalkeeper, Lukas Hradecky. It was at this point that calamity struck.

Hradecky, for reasons that I cannot fully understand after watching this a few dozen times, tries to boot the ball up the pitch and fails spectacularly. He doesn’t whiff completely, but whiffs in such a way that the ball got some wicked backspin on it and rolled right into his net.

The good news for Hradecky is that the team managed to come back and pick up the win thanks to a goal in the 88th minute by Aleksandar Dragovic. Still, this is something straight out of FIFA, and if this ever happened to me in the game, I’d turn off my console and never play it again.