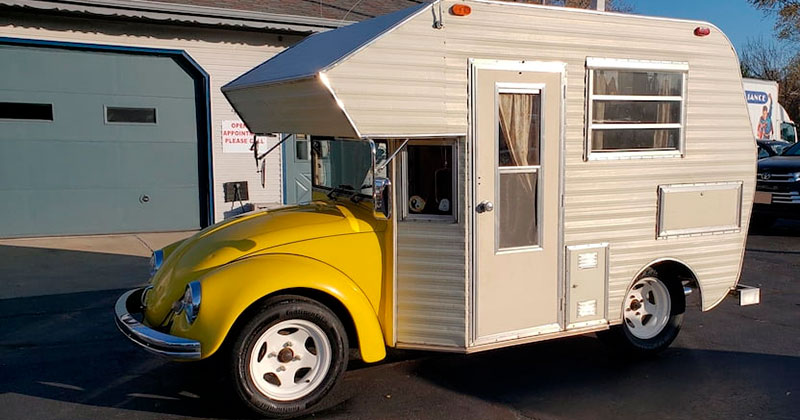 “Super Bugger” is an amazing custom built in 1980/81 by Lloyd Smith of Smith’s Garage in Freeport. Built on a 1969 Volkswagen Beetle with a 1973 Super Beetle engine, the Beetle Mini Camper took 13 months to build.

On his motivation, Smith told the Freeport Journal-Standard in 1981: “There had to be a way to find something which would accommodate two people and be extremely economical and reliable to operate.” Smith added that his camper gets 27 miles per gallon on the highway.

The unique vehicle was recently auctioned and sold by Mecum Auctions who added the following highlights:

Below you will find photos and a video tour of ‘Super Bugger’. What a sweet ride!